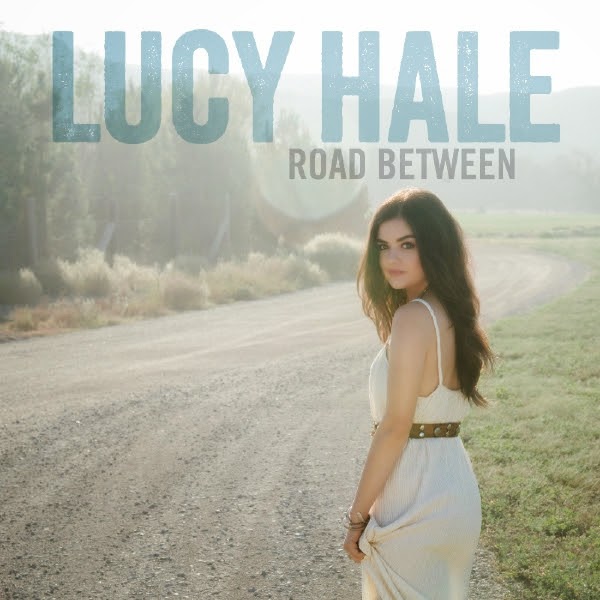 NASHVILLE, TN – (April 9, 2014) – Amid an online fan frenzy last week, Lucy Hale revealed the album cover and track listing for her June 3rd debut release, Road Between. This week the singer and actress feeds the fire as a deluxe version of Road Between is now available for pre-order at iTunes and Amazon. The deluxe album features sixteen total tracks including three bonus songs and two live acoustic tracks.

Fans who react early will be treated to a sneak peek of the project with immediate access to her critically acclaimed single, “You Sound Good To Me,” written by tunesmiths Ashley Gorley, Luke Laird, and Hillary Lindsey, and additional album track “Goodbye Gone,” written by J.T. Harding, Melissa Peirce, and Andy Dodd. As eager fans count down the weeks leading up to album release, three additional songs from the project will be available via online partners as part of the deluxe pre-order. Fans who had previously tagged “You Sound Good To Me” via Shazam will also get a weekly treat as tracks from the album will become available through the new Shazam newsfeed.

Adding to the excitement, Lucy has been invited to make her rescheduled debut on the Grand Ole Opry on Saturday, June 21st from Nashville, as she announced on E! News yesterday. For more information on how to catch her first steps onto the legendary Opry stage, please visit HERE.

Recently named one of CMT's Next Women of Country, the Memphis born and raised singer/actress is set to release her debut album ROAD BETWEEN, featuring 11 songs and produced by Mark Bright and Mike Daly, on June 3rd through DMG NASHVILLE/BIGGER PICTURE GROUP.