On May 20, Omnivore Recordings will issue 24 songs and jingles
recorded in Nashville, and last heard generations ago 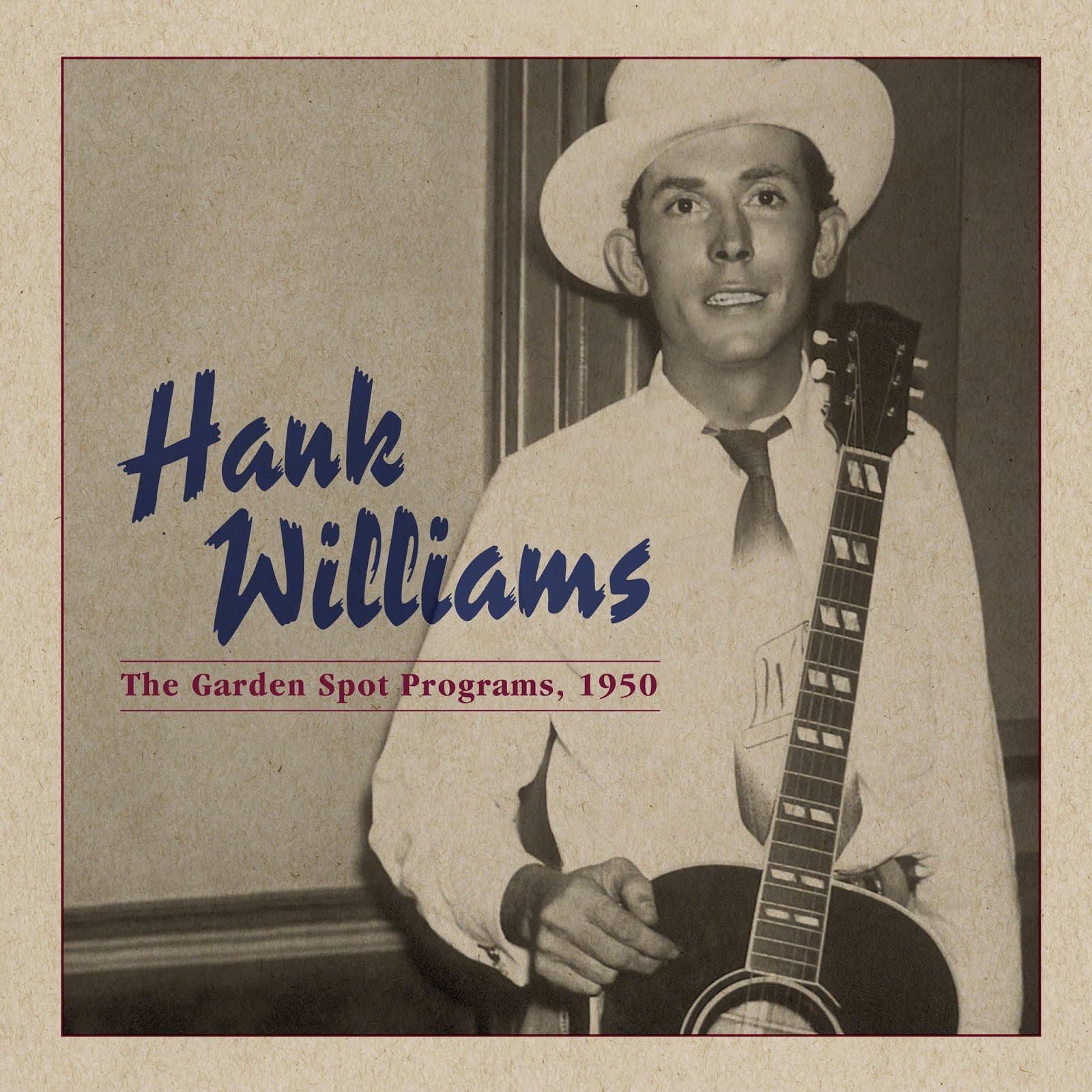 From hits to standards to songs rarely (if ever) performed, this is pure Hank Williams, including playful between-song banter. Featuring fully restored audio, The Garden Spot Programs, 1950 is an exceptional listening experience. Painstakingly transferred, restored and mastered from original transcription discs by Grammy Award winning engineer Michael Graves. Williams’ daughter, Jett, is excited that her father’s lost material is not only seeing the light of day decades later, but will be available on CD, digital and LP.

The CD packaging contains rare photos and liner notes from the collection of set co-producer and Williams biographer Colin Escott. Also available on LP, the first pressing will be on limited edition, translucent red vinyl (with black vinyl to follow), containing Escott’s informative notes and a download card.

Escott writes in his notes: “Set the time machine for early morning on KSIB-AM, Creston, Iowa. February 1950. Country radio was beginning its slow transition from live music to DJ shows. Live music and DJ shows were augmented by transcribed shows. After buying 15 minutes of airtime on small-market stations, sponsors would prerecord shows with well known artists, duplicate them, and ship them out on 12 or 16-inch transcribed discs.”

“That’s how Hank Williams came to be on KSIB in February 1950. Sandwiched between the local ‘live’ acts, it was almost as if he were visiting with Skeets and those Radio Rascals. His sponsor was one of the nation’s largest plant nurseries, Naughton Farms, seven hundred miles south in Waxahachie, Texas. Given that Naughton was a big player in the nursery business, Hank’s shows were almost certainly shipped to many small stations, but only KSIB’s copies survived. Those of us who have studied Hank’s life and career had no idea that these recordings existed.”

Any music from Hank Williams is worth celebrating. Discovering material that has been unheard for generations is monumental.

“It’s incredible to me that we’re still finding new recordings by my dad — great ones at that,” says Jett Williams. “No one even suspected that these recordings existed. We partnered with Omnivore Recordings for this release, and I especially love it that they're taking my dad back to vinyl.”

3. A Mansion On The Hill

8. Mind Your Own Business

Posted by LovinLyrics at 1:19 PM