AXS TV CELEBRATES CHARLIE DANIELS, AS THE ICON SITS DOWN WITH DAN RATHER AND PLAYS A SPECIAL CONCERT FOR FIRST- RESPONDERS ON SATURDAY, MAY 24

‘THE BIG INTERVIEW’ Airs at 9:00pm ET, Leading in to the Live “Volunteer Jam” Featuring Performances By Daniels, Blackhawk, and The Outlaws 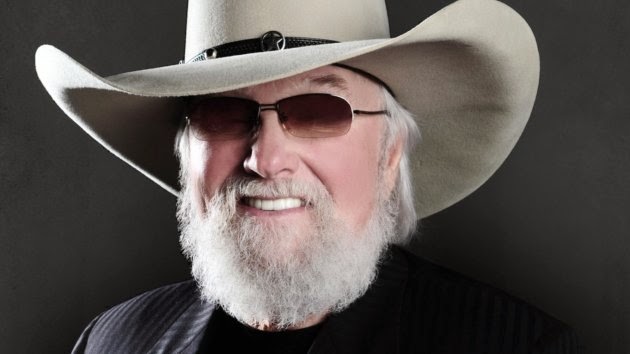 LOS ANGELES – May 15, 2014 – Southern style comes to AXS TV this Memorial Day weekend, as the home of live music events presents a special evening with country icon Charlie Daniels. The night begins with an all-new episode of THE BIG INTERVIEW, hosted by legendary newsman Dan Rather, at 9:00pm ET, discussing Daniels’ legendary life and career. Then, immediately after, tune in at 10:00pm ET for the annual “Volunteer Jam Featuring The Charlie Daniels Band,” a benefit concert for America’s soldiers and first- responders.

During THE BIG INTERVIEW Daniels sits down with Rather for an intimate and in-depth interview at Daniels’ recording studio in Mt. Juliet, Tennessee. In the candid discussion, Daniels opens up about his youth in the Civil Rights Era south; breaking into the competitive Nashville scene; his signature hit, “The Devil Went Down to Georgia”; life on the road; and the inspiration behind his latest album Off The Grid – Doin’ It Dylan, a tribute piece that finds the Charlie Daniels Band putting a southern twist on a collection of Bob Dylan’s most classic songs. The episode also includes a tour of Daniels’ tour bus, and a three-song set at the Grand Ole Opry. The episode will air again that night at 12:30am ET.

Following THE BIG INTERVIEW, it’s a very special presentation of “Volunteer Jam Featuring The Charlie Daniels Band,” as the southern rock hero gives back to America’s heroes with this one-of-a-kind concert. Held at the Fiddler’s Green Amphitheatre in Greenwood Village, CO, the live broadcast will feature performances from acclaimed country acts Blackhawk and The Outlaws, before The Charlie Daniels Band takes the stage for what is sure to be a raucous performance of career-spanning favorites. Since 1974, the Volunteer Jam has strived to benefit the hardworking service men and women of America—as a token of appreciation, complimentary tickets have been made available to members of the armed forces, Red Cross, and first-responders.

“Charlie Daniels is a true class act, with a heart as big as his legacy,” said Mark Cuban, AXS TV founder. “AXS TV is proud to be part of the live Volunteer Jam, paying tribute to America’s true heroes on Memorial Day weekend. With over 60 years in the music business, Charlie’s got some incredible stories to tell, and I’m excited to see what Dan Rather is able to do with such rich subject matter.”