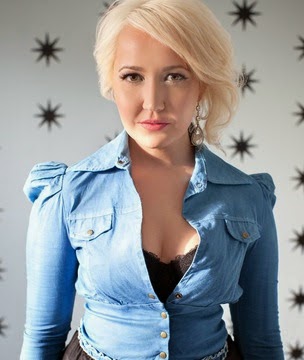 Nashville, TN (May 15, 2014) - Meghan Linsey, previously of award-winning country duo Steel Magnolia, has officially launched her solo career with a PledgeMusic Campaign. Through the campaign, she is inviting fans to join her on this new journey with cool incentives and exclusive items including an autographed limited edition Hatch Show Print, a mani or pedi with Linsey, a personalized song written by Linsey and a private house show, among many other items.

Linsey shows her lighthearted personality in her campaign video encouraging fans to contribute so she can keep her “day job” and not have to resort to less appealing options such as selling Girl Scout cookies, setting up a road-side lemonade stand, selling her car or begging for money from everyone from her father to Bill Gates. View it here.

“I am so excited about this new direction in my career and going solo,” said Linsey. “And the support I’ve been getting from Steel Magnolia fans has been really great. I’m excited that they are coming with me on this journey. Their support of my PledgeMusic campaign, their encouraging posts and comments, their excitement about my new music has been just fantastic. I have amazing fans.”

Tonight, E! News will broadcast a segment Linsey recorded while on tour in Los Angeles recently. During the segment, Linsey talks about the transition in her career path and her PledgeMusic campaign.

When E! News wanted to sit down and talk with me about my new solo career I jumped at the opportunity because it’s a great way to get the word out about my PledgeMusic Campaign. E! has always been a great supporter of Steel Magnolia and the fact that they are continuing to support me and this transition is really cool. I just love E!.”

Posted by LovinLyrics at 1:18 PM

So excited to watch Meghan Linsey on E News tonight!!! :) So happy for her! She is so talented and has such a heart of gold. Everyone check out the cool exclusives available during her pledge campaign. Awesome stuff. :) www.meghanlinsey.com/pledge

Your fans back home haven't forgotten you. Sending some big New Orleans love your way and looking forward to the excitement the future brings. You have my support, sister!