Ask just about anyone in Country Music today and you’ll likely find that music education was a cornerstone in the foundation of their careers.

“People would ask, ‘Why don’t you play basketball? You know you’re tall,’” said Chris Young, with a laugh. “I was like, ‘Well, basketball practice was always at the same time as choir rehearsal.’ Between the two of them, I picked choir and it seems to have worked out.” 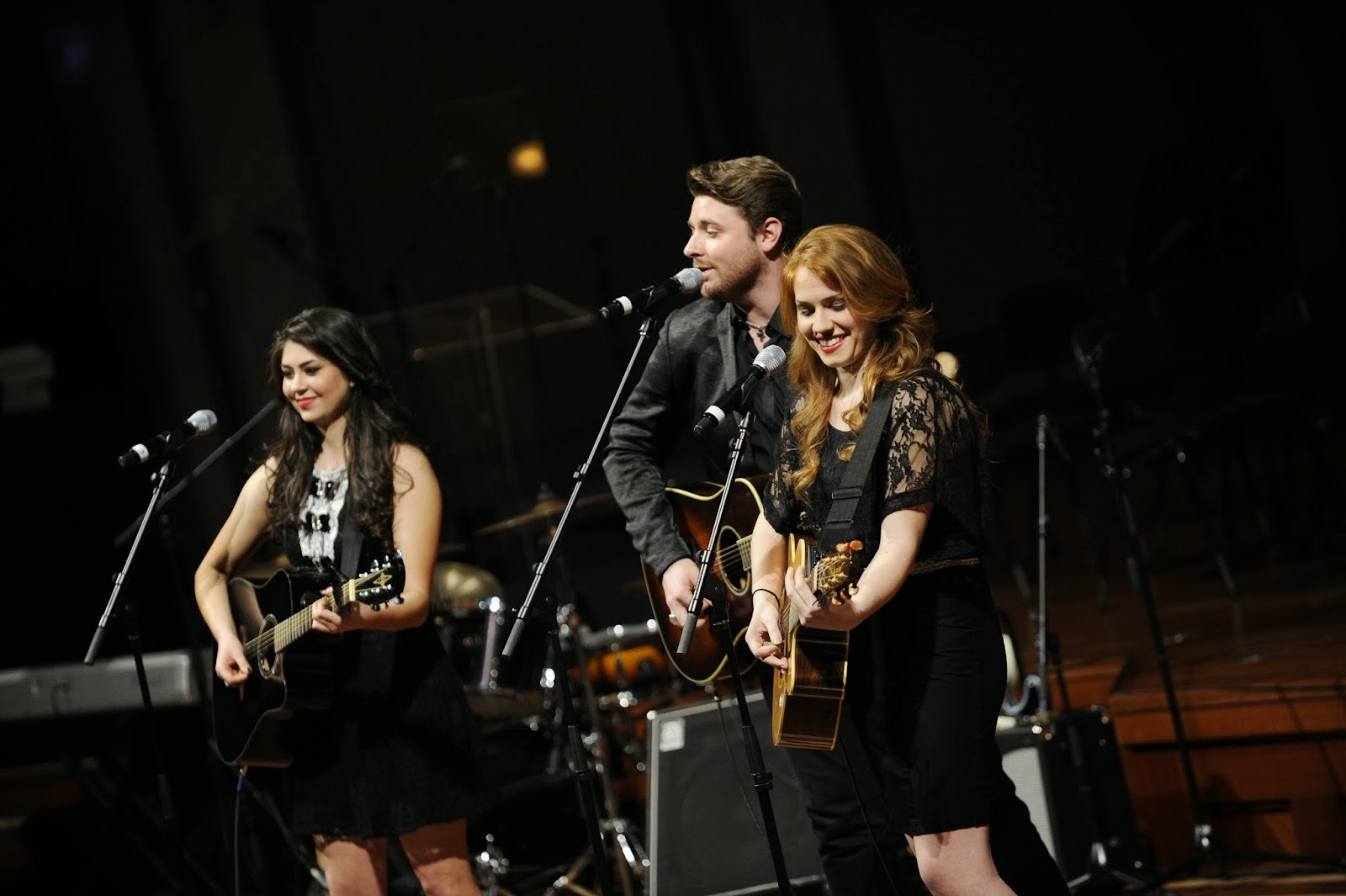 “I had a unique opportunity to go to a school for performing arts in Columbus, Ohio, called the Fort Hayes Performing Arts Center,” said Jay DeMarcus of Rascal Flatts. “I had a teacher there named Mary Daniels, who really pushed me to be better than I thought I was. I’d turn in projects and she’d say, ‘It’s good, but you’ve got better inside of you.’ She was actually more a friend to me than just a teacher. She had a way of disarming you to make you feel so comfortable and capable of doing more than you thought you could.” 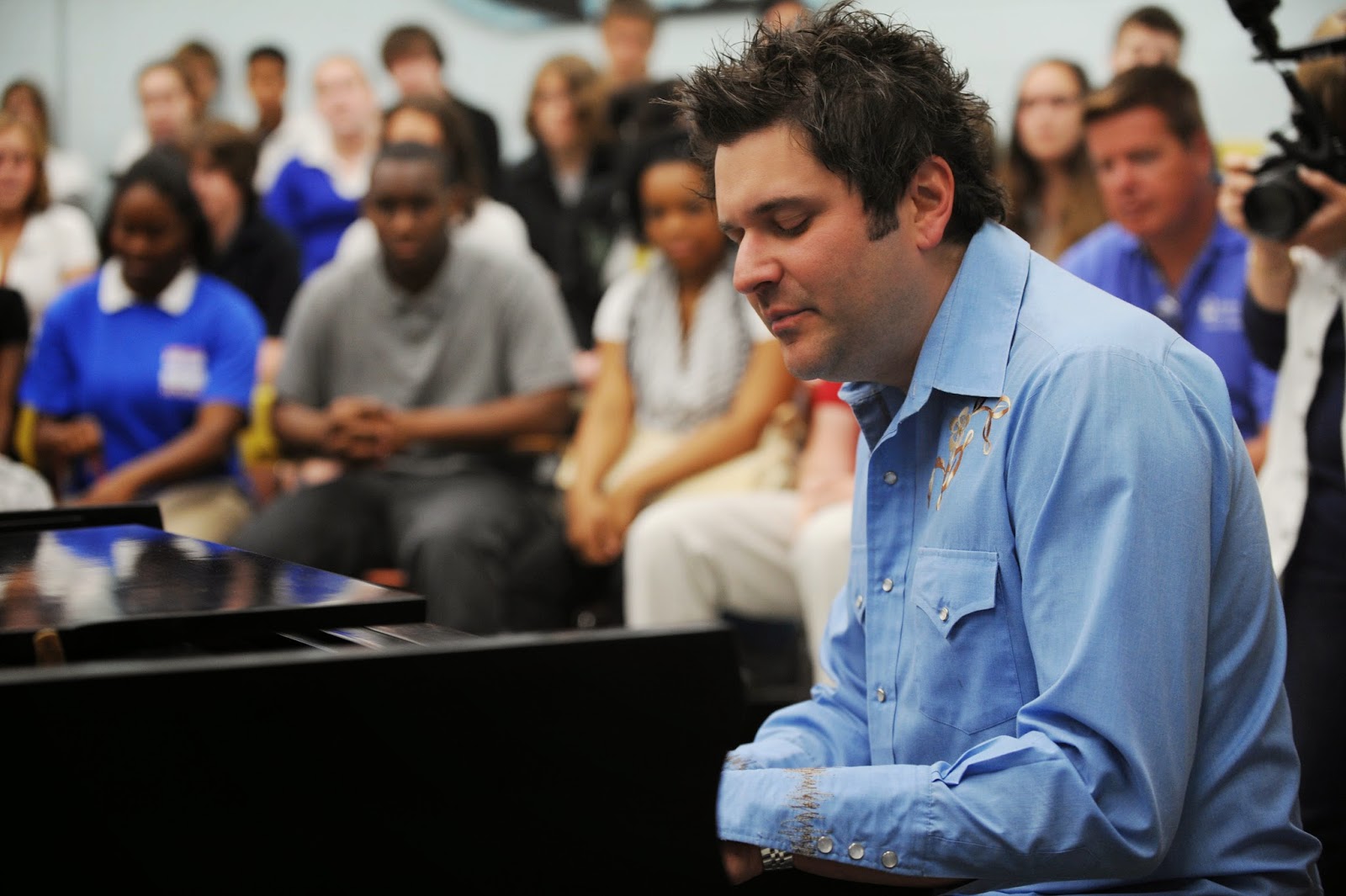 Like Chris Young, Scotty McCreery learned much from performing with his high school choir. “Our teacher, Meredith Clayton, would take us to New York City, Chicago, Florida and different places for competitions,” he recalled. “She was awesome. She has a big, bubbly personality and a love for music that she passed down to her students. She was all about preparation and putting in the work, and that’s big for Country Music nowadays. If you’re going to be successful, you’ve got to put in the work. Nobody’s going to hand it to you. So I learned a lot of good lessons from her.” 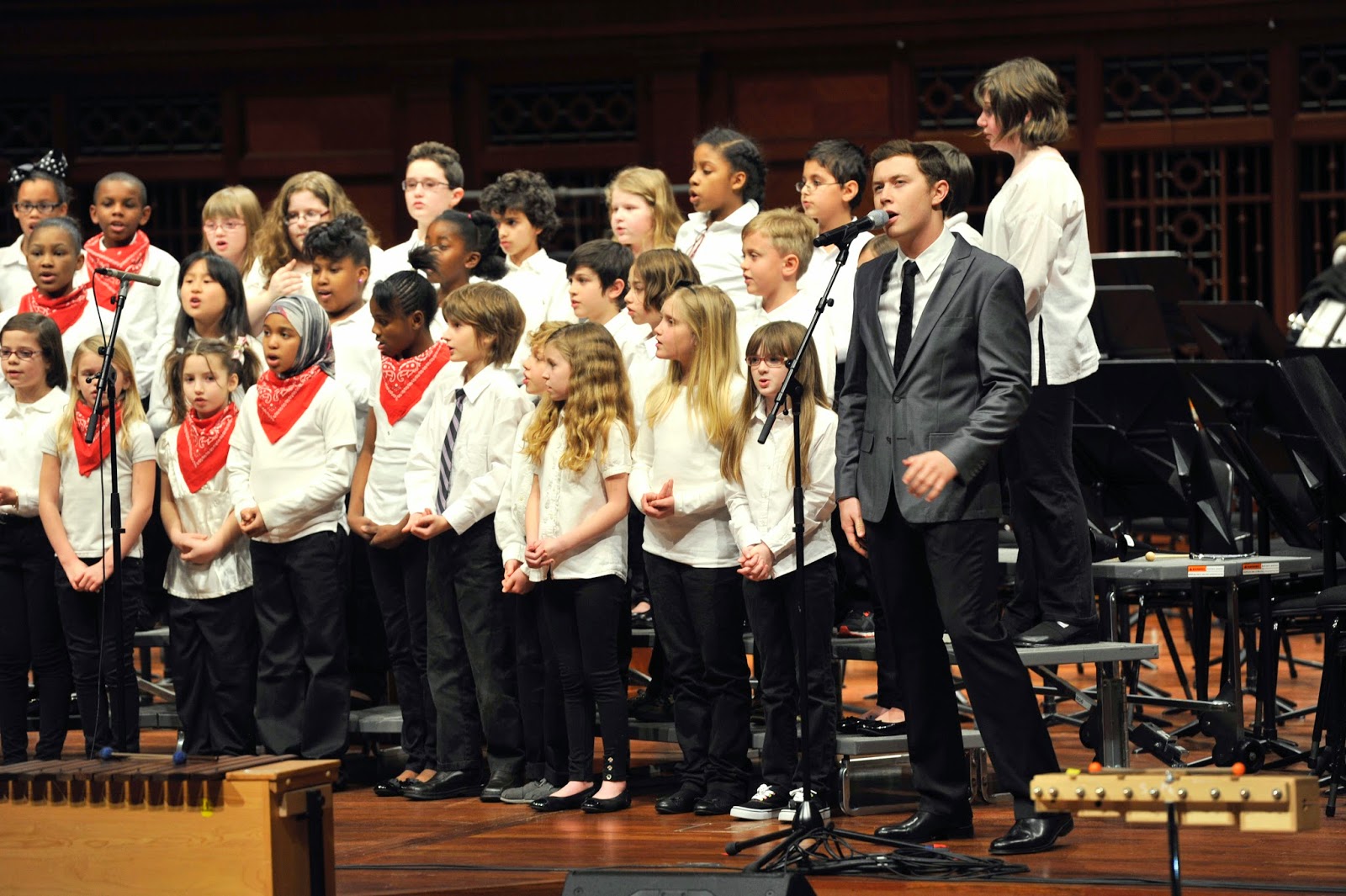 A number of music teachers inspired Sara Evans as she grew up in New Franklin, Missouri. “I was playing clarinet in band,” she said. “I was also in choir. Our two music teachers, Mrs. Burnett and Mrs. Nugent, were both really sweet and fabulous as teachers. Our school was so small that we didn’t even have football, so we would march in the town’s parades. I was always the assistant teacher. Sometimes I would get to direct the band.”

The benefits of music education are a top priority for Evans to pass along to her children, son Avery, 14, and daughter Olivia, 11. She has also lent support to other kids studying music. In 2011, she visited Nashville’s Pearl-Cohn Entertainment Magnet High School as part of CMA’s Keep the Music Playing program to support public school music education. 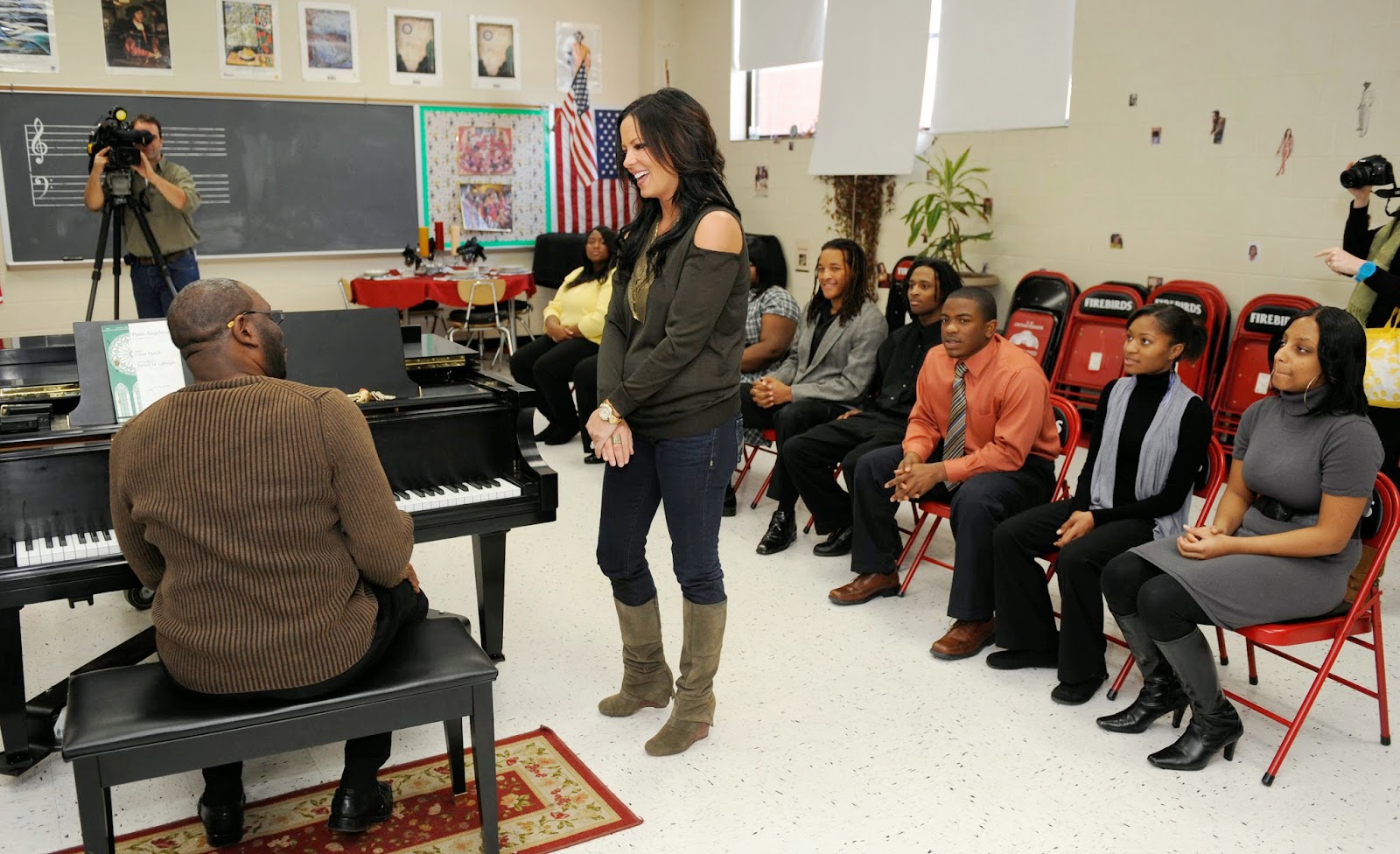 “That was a really cool experience,” she said. “I learned so much about how they benefit from Keep the Music Playing. It was really cool to see these kids perform and work so hard on these songs and then perform them for us. You could just tell they were so proud and that they were such good friends, just from being in the music program together.”

“It’s really a great way for us as musicians and other people to be able to give back,” agreed Young, who has also participated in programs for KTMP. “It’s a great investment of our time, and it’s great for the kids.”

“I’m so passionate about Keep the Music Playing because I remember as a kid that if I didn’t have music to distract me from some other things, I don’t know where I would have ended up,” DeMarcus added. “It helped me focus a little bit more in school, having music to look forward to in the afternoons.”

McCreery concurs that KTMP is “an awesome program. As a performer and a musician, I hear about the public schools and their budget cuts. A lot of times, the first things they cut are their music and arts programs. But these programs are so vital and important to kids and their upbringing. I couldn’t imagine growing up without having arts and music in my school. Keep the Music Playing and CMA are doing great things for these kids, for their future.”

Half of all CMA Music Festival profits are donated annually to Keep the Music Playing. More information is available at www.CMAworld.com.
Posted by LovinLyrics at 1:31 PM