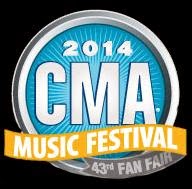 We've been working on rounding up information on where you can find new music during CMA Fest and we've found quite a list of new artists performing during the festival. Here is what we've found for you so far. More to be added as we find them so check back! These are listed in alphabetical order. These are the most up to date schedules and locations we've been told but remember they are subject to change.

Posted by LovinLyrics at 8:03 PM