THE MUSIC BUSINESS 3.0: FROM THE PERSPECTIVE OF A NEW ARTIST 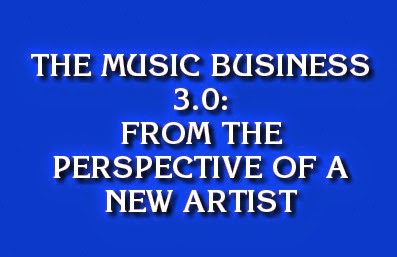 There probably hasn’t been a more confusing time to be in the music business since its inception in the early 20th century, but the good news is, there’s also never been an easier time to MAKE A LIVING playing music. As an artist/songwriter/producer who’s been at it for awhile, I can attest to all of the above. Below are a few things I’ve learned; some of these are just my opinion, but hopefully they’ll make you think.

A lot of artists are under the impression that unless you’re a household name, you haven’t made it, which is patently not true. In fact, the chances of you being the next Katy Perry, Tim McGraw, or (insert your favorite big name act here) are about as good as you winning the lottery, being struck by lightning, or winning the lottery while being struck by lightning. With all the tools we have available to us today, booking tours (IndieOnTheMove.com), distributing your records (iTunes, TuneCore, etc), and finding additional income streams (SoundExchange) is easier than ever. There are plenty of people you’ve never heard of who are making comfortable livings as professional artists. All it takes is the will to do it.

Chances are, you won’t make enough touring/selling records, at least not at the beginning. Having other things you can do well, be they playing as a sideman for another artist, designing websites, even having a part time day job, is a good idea. As romantic as the whole starving artist thing sounds, it sucks, and you probably WILL do it for awhile.


Streaming Is The Future

Look at Netflix. How many DVDs do you buy anymore now that you have Netflix? Services like Spotify are going to become the way most people experience music, so if your music isn’t on one of these (or all of these) services, make sure you get it up there next time you release any material (TuneCore can help with this, among others.) People gripe that they don’t make much money via streams, but as the services get more widespread that will likely change, and if you’re only thinking about it from a money perspective, you’re missing the point. People can hear your music without having to pay, ad supported, and it will make you money. Granted, not much money, but when has the revenue from recorded music ever been a sole source of income for ANYONE who didn’t have to go to court and sue people to get said revenue (I love you Tom Waits)?

We all know when a song isn’t what it could be, and if you know that, then your listeners will certainly know. The days of album filler material are over (thankfully!) so make sure every song you put out is killer, especially now that one song may be all anyone ever hears of your catalogue. It doesn’t matter how many Twitter followers you have or how many Facebook Likes you’ve got if your music isn’t fantastic.

If you’re like me, you’re never satisfied at the pace at which your career is moving. But at the same time, you’re growing, working up to the shots you’ll get someday, so that when you DO get them, you’ll be ready. Don’t go after a publishing meeting before you have a ton of great songs. Don’t court label executives until you have a good sized following built up. Enjoy the journey, because you only get to do it once.
Get Rejected!

This may seem counter intuitive, but if you’re being told no, it means you’re putting yourself out there, and in a law of averages, eventually, you’re going to hear a yes. Even though a yes is the ultimate goal in any situation, hearing a no at least means you’re putting yourself in situations that could potentially be the outcome you want. I knew a guy who would strive for 7-10 no’s a week, because that would also mean he’d likely get at least 2-3 yes’s.

Learn About The Industry

The music business seems like war sometimes, and knowing a lot about it is one of the best ways to help set goals, know what has and hasn’t been done, and possibly even avoid being screwed. Resources like The Lefsetz Letter (brutally honest sometimes, but always worth reading, subscribe by going to www.lefsetz.com), Performer (www.performermag.com), and MusicClout (www.musicclout.com) all are great places to learn more from people who are in the industry.


You WILL Get Screwed

It’s going to happen to you like it happens to everyone, so know that when it DOES happen, you’re in good company. Every household name artist has been screwed in one way or another. Do your best to learn about the industry and you can minimize the damage and hopefully spot potential shysters coming a mile away.

Don’t Be An Asshole

This is possibly the most important piece of advice I could give. NOBODY likes an asshole, even other assholes, and in the music business, word travels fast. You can lose gigs, work, and deals if you’re perceived as difficult to work with. Treat people the way you’d want to be treated. I don’t like a lot of Luke Bryan’s music, but damned if I wouldn’t like to sit down and have a beer with the guy. And if I were booking a festival, he’d be the top of my list if only because he’s reputably easy to work with, and he draws. Conversely, I have a lot of musical heroes that I hope I never meet because they’re probably assholes. So don’t be one.

If You Haven’t Thought About Quitting, You’re Not Really Doing It

Someone told me that once. We all have those days where we wonder why we bother doing what we’re doing. But the good news is that, in the music business, the potential that you’ll get to do what you love, meet great people, and travel to fantastic places is high. Don’t let the peripheral stuff get in your way. Above all, music is supposed to be FUN! They call it PLAYING music, rather than WORKING music for a reason. If it’s not fun, you’re doing something wrong.

There it is! I hope I gave you some ideas, insight, and maybe even answered a few questions. If not, tell me how much I suck by tweeting me at @adamjames4real 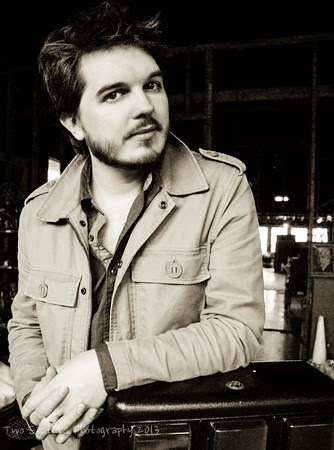