KRISTIAN BUSH TO HONOR VETERANS WITH SPECIAL PERFORMANCE AT THE NATIONAL MEMORIAL DAY PARADE IN WASHINGTON, D.C. ON 5/26 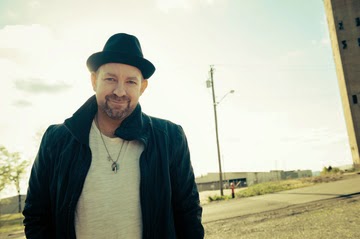 NASHVILLE, Tenn. - (May 14, 2014) – Kristian Bush, one-half of Platinum-selling country duo Sugarland, will be honoring America’s veterans this year with a special performance at the National Memorial Day Parade in Washington, D.C. on Monday, May 26. The National Memorial Day Parade is the largest Memorial Day event in the nation and will be broadcast live on REELZ, as well as televised on the Pentagon Channel for servicemen and women stationed around the globe.

Currently, Bush is on the road with his 2014 PUT YOUR SOUL IN IT Tour, backed by a five-piece band. In between shows, he is in the studio working with longtime producer Byron Gallimore on his first solo album to be released via Streamsound Records. The lead single from the highly anticipated project will hit country radio nationwide this summer.

Bush has been leaving his mark on music for more than two decades. The singer, songwriter, producer and multi-instrumentalist started his career with folk rock duo Billy Pilgrim in the early '90s, releasing a much-lauded pair of albums for Atlantic Records (self-titled debut and BLOOM). In 2004, he exploded onto the country music scene with Sugarland, surpassing sales of over 22 million albums worldwide, achieving five No. 1 singles and winning numerous awards, including Grammys, AMAs, ACMs, CMT Music Awards and CMAs. To date, Bush garnered six BMI Awards for his songwriting, and in 2011 founded the music publishing company and songwriting collective Songs of the Architect. Recent producing/songwriting collaborations include Rita Wilson, Ellis Paul, Pretty Little Liars star Lucy Hale, and up-and-comers including Larkin Poe, Natalie Stovall, Canaan Smith, and The Voice contestant Savannah Berry.

For more information on the parade, please visit HERE.
Posted by LovinLyrics at 2:16 PM