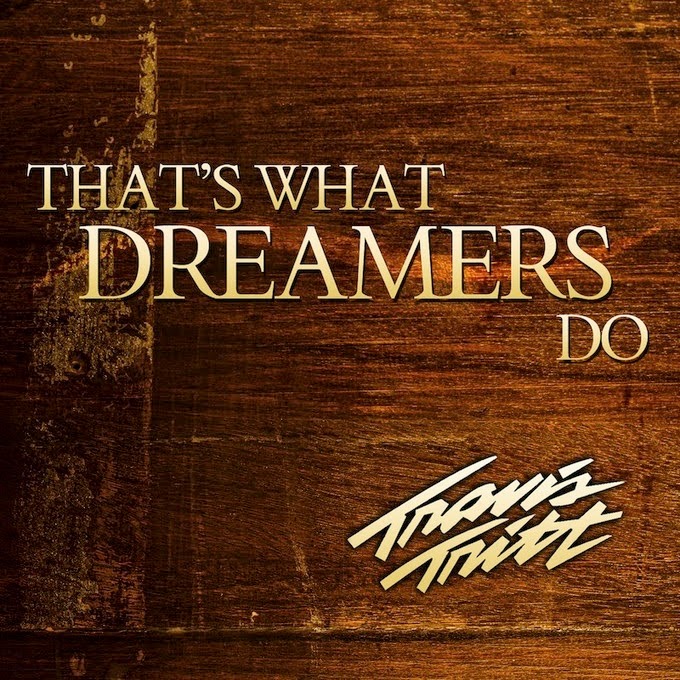 The heart-touching ballad resonates with dreamers of all kinds and embraces the struggles and joys of being a dreamer. Tritt wrote the song for the independent biopic film, As Dreamers Do, which he narrates. The film is based on the early life of Walt Disney.  View the trailer for the film at www.WaltMovie.com.

The single, “That’s What Dreamers Do,” is available through iTunes and www.TravisTritt.com.

The song features a full string arrangement, which was composed by melvin MAESTRO lightford of Lightworks Muzik.

“That’s What Dreamers Do” is Tritt’s second single release since forming Post Oak Recordings. Tritt formed the label in 2012 and shortly after released his full length album The Calm After... Included on the album is a duet with Tritt’s daughter, Tyler Reese. The song, “Sometimes Love Just Ain’t Enough,” is a cover of the 1980s pop hit. Together, they released a video for the track, which is available for viewing here.  Four of the songs on the album, co-produced by Randy Jackson, were either written or co-written by Tritt.  The album is available on iTunes and other major digital retailers.

2014 has already proven to be a busy year for the Marietta, Georgia native, who is celebrating his 25th anniversary of his music career.  Tritt is touring extensively, which recently included show dates stretching as far north as Canada.  To view a list of upcoming tour dates, visit www.TravisTritt.com.  Earlier this year, Tritt filmed a live DVD from the Franklin Theatre in Franklin, Tenn. which will be released later this year.

Travis Tritt’s chart-topping success includes millions in album sales, two Grammy award wins and multiple No. 1 singles on the Country radio charts, including “Help Me Hold On,” “Can I Trust You With My Heart” and “Foolish Pride.”  He was dubbed one of “The Class of ‘89,” which included Country music superstars Garth Brooks, Clint Black and Alan Jackson; all who dominated the charts in the early ‘90s. Tritt along with others from “The Class of ‘89” are currently featured on the cover of the May 12 issue of Country Weekly magazine, which is on stands now.