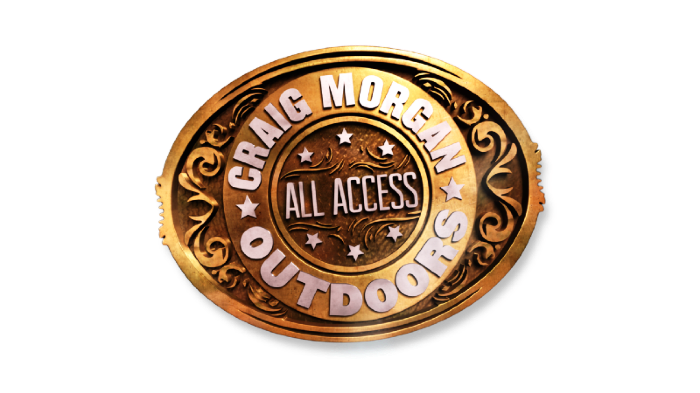 True to the show’s name, Morgan throws open the doors on his life – both on stage and in the field. Whether he’s entertaining screaming fans at sold-out shows, motocross racing or bowhunting big game, his life is high-octane and his schedule is unrelenting. The hit reality show gives viewers an all access, backstage pass to Morgan’s travels as he and his crew pursue big thrills and big laughs across the globe in a quest for the ultimate adventure. Each week, he is joined by fellow country music artists, as well as some of his warrior buddies, and motocross celebrity friends.

Morgan’s engaging personality, lifelong love of hunting and considerable television experience make “Craig Morgan: All Access Outdoors” a must-see for hunters and country music fans alike. Highlights from the upcoming fifth season include an action packed trip way down south to Argentina, an adventurous elk hunt in Colorado, tracking hogs in Florida, and memorable moments with fellow warriors and some of his friends from the Grand Ole Opry.

Starting July 6th, 2014, viewers can catch Morgan every Sunday night on Outdoor Channel. Check local listings or log on to www.OutdoorChannel.com to find out how to get the network in your area.