EVENT (RALEIGH, NC): PICKIN' IN THE PLAZA - FREE BLUEGRASS MUSIC FOR ALL AGES!

Pickin' In The Plaza returns tomorrow, June 19th in Raleigh City Plaza!  FREE bluegrass music - every other Thursday (alternating with Oak City 7) throughout the summer in Downtown Raleigh from 5pm until 10pm. 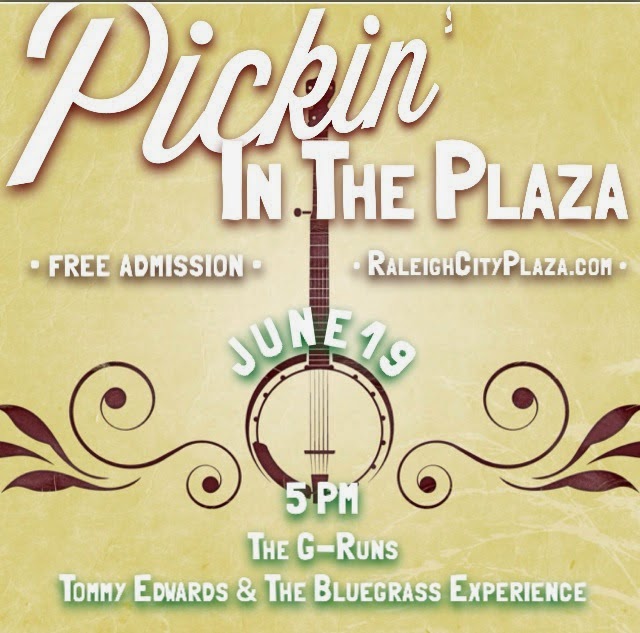 The fun gets started at 5pm with an open bluegrass jam (all pickers welcome!) leading up to the music on the main stage starting at 6:30pm - featuring The G-Runs (Jason Beverly, Jeff Stickley,Kris Rozell) followed by Tommy Edwards & The Bluegrass Experience.

And who could forget about all the great local beers on tap, and of course the food trucks and vendors!  This week we're pleased to feature:

Be sure to download the printable schedule featuring both Pickin' In The Plaza and Oak City 7 lineups and dates!

Pinecone has announced the final lineup for the entire season of Pickin', and they're lookin' mighty fine!