SINGLE REVIEW: "BABY'S GOT HER BOOTS ON" - BRUSHVILLE 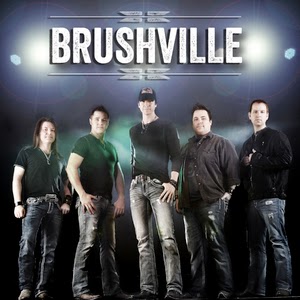 Brushville’s 2nd single off of their debut album “Baby’s Got Her Boots On” is an infectious summer anthem. I challenge you to listen to this and not immediately smile ...  it’s THAT good of a song. It’s a summer night kind of song about a guy picking up his girl and their nights together, just hanging out in the summer. It paints such a vivid picture I can already see how the video will be, and it conjures specific memories and leaves you aching for more - more music and more nights like these.

As people have come to associate Jake Owen with “Barefoot Blue Jean Night”, fans will come to associate Brushville with “Baby’s Got Her Boots On.” Both are stories we can all see and nights we want to repeat over and over, as much as I want to repeat this song over and over. “Cotton field kinda romance” “She looks best when she just don’t give a damn, feet out the window and cold beer in her hand” are the lines that stick out the best from this song. Let’s be honest, once you hear a song from Brushville between the vocals, the guitar and everything else you’re going to be hooked for a long time. There's simply no way around it.

Their album released today, June 17th, and if you haven’t already purchased your copy and wish to be saturated in wonderfully addicting country music, go ahead and do it! You won’t regret it but you may jump in the car and head straight for their next show near you! They play all over and every show, like any good concert, is an unbelievable high that can’t be aptly described, it just has to be experienced.