Program Presented in Conjunction with August 15 Opening of the Museum's Exhibition
'Kenny Rogers: Through the Years' 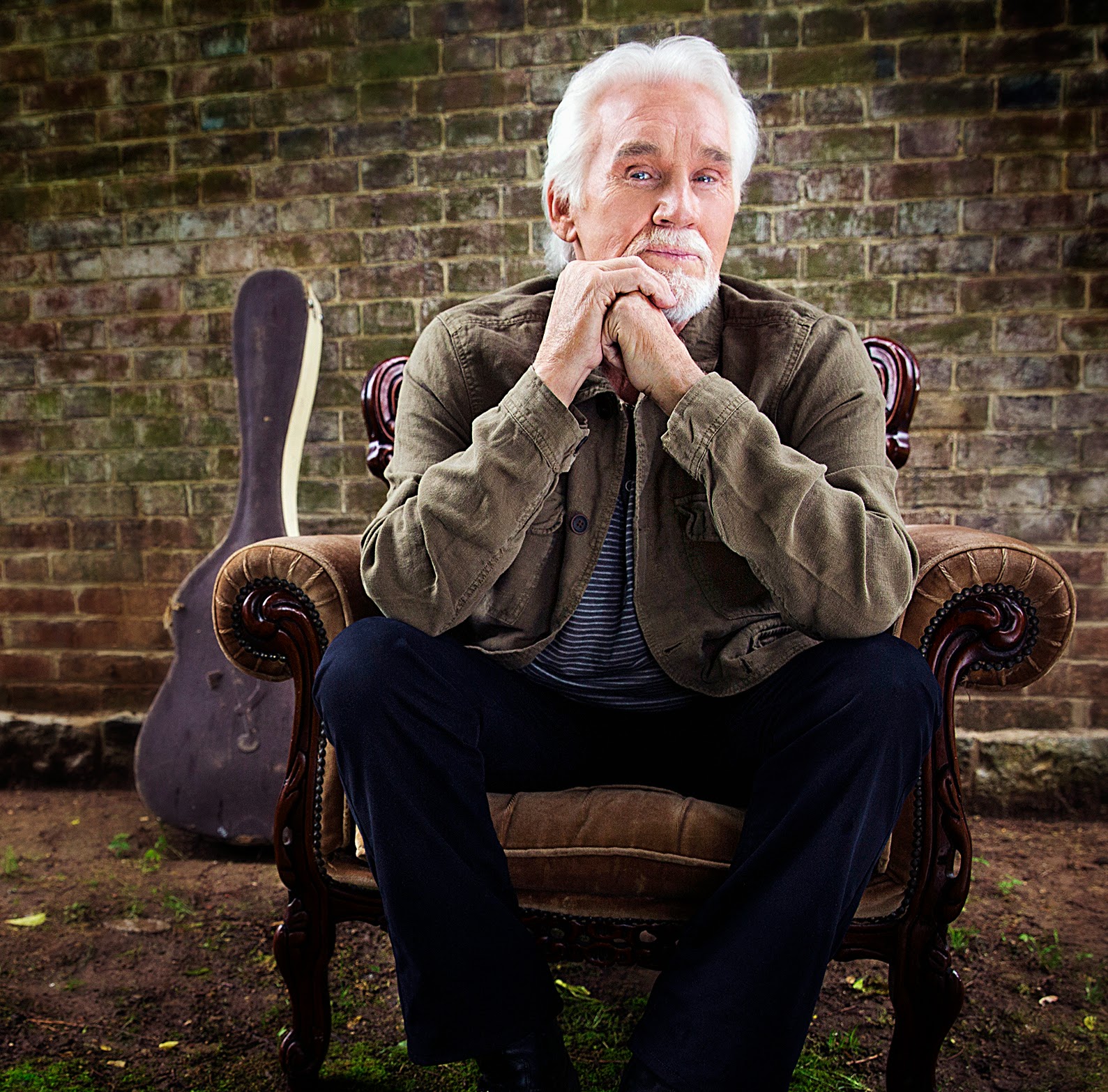 NASHVILLE, Tenn. (July 24, 2014) – Multi-talented legend Kenny Rogers will participate in a special interview at the Country Music Hall of Fame® and Museum on Saturday, August 16. The expert-led conversation will take place in conjunction with the debut of Kenny Rogers: Through the Years, a biographical exhibit in the museum’s East Gallery opening August 15, 2014, and running until June 14, 2015.

Rogers will recount memories from throughout his history-making life and career during the interview, which will be held in the museum’s CMA Theater at 2:30 p.m. Archival photographs and video will supplement the storytelling. The event is included with museum admission on August 16 and is free for museum members; seating is limited and a program pass is required. Those unable to attend in person are invited to listen and watch live online via countrymusichalloffame.org/streaming.

Other Kenny Rogers: Through the Years opening weekend programs include a Songwriter Session with Nashville Songwriters Hall of Fame member Don Schlitz, who penned Rogers’s signature story song “The Gambler,” along with other beloved hits, on August 16; and a film screening of 2001’s Kenny Rogers: Live by Request on August 17. A detailed schedule of grand opening activities is below.

A companion book also entitled Kenny Rogers: Through the Years will accompany the exhibit. Published by the museum’s Country Music Foundation Press, the collectible tome includes a trove of photos—many of which were previously unpublished—from throughout Rogers’s long career. Featuring a foreward composed by Dolly Parton and additional insight into Rogers’s importance from key figures, the image-rich volume expands on the exhibit story. Kenny Rogers Through the Years will be available in the Museum Store and at countrymusichalloffame.org.

“Kenny Rogers redefined and elevated country music superstardom in every sense,” said Museum Director Kyle Young. “He blurred traditional genre lines and substantially expanded the core demographics of country music’s audience, all by being true to his unique artistic vision. His versatility is astounding. We could not be more thrilled to share this detailed presentation of his story.”

Rogers has sold more than 100 million records worldwide. What’s more, he has charted a single in each of the last seven decades—including 21 Billboard #1 country hits. According to the RIAA, he has one diamond album, 19 platinum albums, and 31 gold albums.  He has earned three Grammys, six Country Music Association awards (including a 2013 Lifetime Achievement Award), eight Academy of Country Music awards—including Entertainer of the Year in 1978—and was elected to the Country Music Hall of Fame in 2013.

From the enduring wisdom of "The Gambler" and the forlorn tales of "Lucille" and "Ruby (Don’t Take Your Love to Town)," to the success of his collaborations with Dottie West, Dolly Parton and others, Rogers took hallmarks of country music, such as rich storytelling and iconic duets, and made them larger than life—and very much his own. That’s just skimming the surface of his musical contributions alone. In the 1980s, he starred in the five-part Gambler series that attracted more than 100 million television viewers. In addition to his achievements as vocalist and actor, his accomplishments as musician, photographer, author, Off-Broadway star, entrepreneur, and humanitarian round out his résumé.

The exhibit will feature dozens of artifacts including:
Costume pieces worn and used by Rogers in the five-part Gambler TV movie series, including a fedora and gun belt, a Western-cut jacket, shirt and brocade vest, and a cane with a brass knob

A Tony Alamo of Nashville denim outfit, embellished with rhinestones and studs, worn by Rogers as the frontman for Kenny Rogers and The First Edition in the 1970s

Dolly Parton’s rhinestone-embellished velvet jacket and dress, which she wore during a performance of “Islands in the Stream” with Rogers on her TV show, Dolly

A 1970 program from a week of shows featuring both Kenny Rogers and the First Edition and Merle Haggard and the Strangers at the Starlight Theatre in Kansas City, Missouri

Sheet music for the Mickey Newbury-penned “Just Dropped In (To See What Condition My Condition Was In),” which became the First Edition’s first top 10 hit, and “Ruby (Don’t Take Your Love to Town),” a crossover hit for Kenny Rogers and the First Edition written by Mel Tillis

A handmade tambourine with Kenny Rogers’s logo burned into the wood, similar to the ones he throws into the crowd at his concerts

Assorted cameras used by Rogers, including two Polaroid models; a Calument Scientific Inc. 8" x 10" folding camera; and a Linhof Master Technika Classic camera, used by Rogers to capture the fifty-eight studio portraits of country artists in his third book of photos, Kenny Rogers: This Is My Country

A paperback novel, part of a series of books inspired by Rogers’s iconic portrayal of the “Gambler” in the popular TV movies

Numerous awards, including the CMA Willie Nelson Lifetime Achievement Award; Grammy statuettes; the Academy of Country Music’s Cliffie Stone Pioneer Award; and the Honorary Master of Photography award presented to Rogers by the Professional Photographers of America (PPA) at its annual conference; and more

Items that reflect Rogers’s longtime status as a pop culture icon, including Die-cast metal replica of the Camaro race car driven by Kenny Rogers in the film Six Pack, a collectible pack of cigarettes featuring Rogers’s name and likeness; and more

Original LP, 45-RPM picture sleeve and tape boxes for releases by Kenny Rogers and the First Edition and Kenny Rogers as a solo artist

All programs are included with museum admission and free to museum members. For more information about obtaining program passes due to limited seating, visit countrymusichalloffame.org.

Don Schlitz launched his career by penning the Kenny Rogers classic “The Gambler.”  He also wrote the Rogers hits “The Greatest” and the Grammy-nominated “You Can’t Make Old Friends.” Schlitz’s catalog also includes “Forever and Ever, Amen” (Randy Travis); “Give Me Wings” (Michael Johnson); “He Thinks He’ll Keep Her” (Mary Chapin Carpenter); “On the Other Hand” (Randy Travis); “Rockin' with the Rhythm of the Rain” (The Judds); “Strong Enough to Bend” (Tanya Tucker); and “When You Say Nothing at All” (Alison Krauss, Keith Whitley). Schlitz is a member of the Songwriters Hall of Fame and has won multiple ACM, ASCAP, CMA, and Grammy awards. Presented in support of the exhibit Kenny Rogers: Through the Years. Included with museum admission. Free to museum members. Limited seating. Program pass required.

In celebration of the opening of the exhibit that explores his life and music, Kenny Rogers will share memories and insight into how he parlayed his trademark, husky voice and laid-back sex appeal into a remarkable and diverse career. Rogers has sold more than 100 million albums worldwide and is one of the RIAA’s best-selling artists of all time. His popular stage shows have filled arenas at home and abroad, and he continues to draw large crowds today. His broad musical tastes, strong work ethic, and relentless quest for perfection have made him a successful record producer, songwriter, actor, photographer, and New York Times best-selling author. The program will be streamed live at countrymusichalloffame.org/streaming. Presented in support of the exhibit Kenny Rogers: Through the Years. Included with museum admission. Free to museum members. Limited seating. Program pass required.

In 2001, Kenny Rogers and his band performed a concert in front of a studio audience at the Sony Music Studios in New York City. The concert was broadcast live on the A&E cable network and various radio outlets, and the set list consisted of requests phoned in by fans from around the country. In addition to honoring viewers’ requests for hits like “The Gambler,” “Coward of the County,” and “Ruby,” Rogers tells stories behind each song and casually chats with each caller in his characteristically warm and candid style. Linda Davis joins him to duet on “Don’t Fall in Love with a Dreamer” and “We’ve Got Tonight.” Hosted by Mark McEwen. 85 minutes. Presented in support of the exhibit Kenny Rogers: Through the Years. Included with museum admission. Free to museum members.

Kenny Rogers: Through the Years will be accompanied by an ongoing series of programs throughout the exhibit’s duration. These programs are made possible, in part, by grants from the Metropolitan Nashville Arts Commission and by an agreement between the Tennessee Arts Commission and National Endowment for the Arts.

Kenny Rogers: Through the Years is supported by SunTrust.

Accredited by the American Alliance of Museums, the Country Music Hall of Fame® and Museum is operated by the Country Music Foundation, a not-for-profit 501(c)(3) educational organization chartered by the state of Tennessee in 1964. The museum’s mission is the preservation of the history of country and related vernacular music rooted in southern culture.  With the same educational mission, the foundation also operates CMF Records, the museum’s Frist Library and Archive, CMF Press, Historic RCA Studio B and Hatch Show Print®.

More information about the Country Music Hall of Fame® and Museum is available at www.countrymusichalloffame.org  or by calling (615) 416-2001.

Posted by LovinLyrics at 1:09 PM