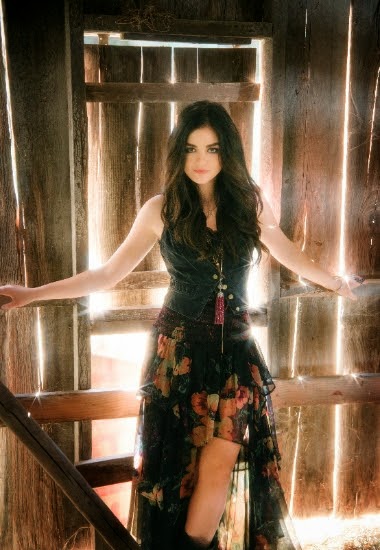 NASHVILLE, TN – (July 21, 2014) – With her brand new single, “Lie A Little Better,” impacting country radio today, rising country music star and Pretty Little Liars actress LUCY HALE invites viewers to join her backstage at the Grand Ole Opry during her debut performance last month. More than 1,000 fans tweeted in less than 24 hours to unlock the “Night At The Opry” video, showing Lucy living her lifelong dream as she takes her first steps on the historic stage to perform songs from her recently released album, Road Between. The Memphis born-and-raised singer will take to the stage again thisWednesday, July 23rd at 8pm eastern/7pm central as she performs “Lie A Little Better” on FOX TV’s So You Think You Can Dance.

The up-tempo track, “Lie A Little Better,” written by Melissa Peirce, Mike Daly and Chris DeStefano, can be found on the singer’s 11-song debut album, ROAD BETWEEN, released by DMG Nashville. Learn the latest about Lucy on Facebook and follow her on Twitter and Instagram to find out more about her single, album, and touring plans. Check out Lucy’s new album on iTunes and Amazon.