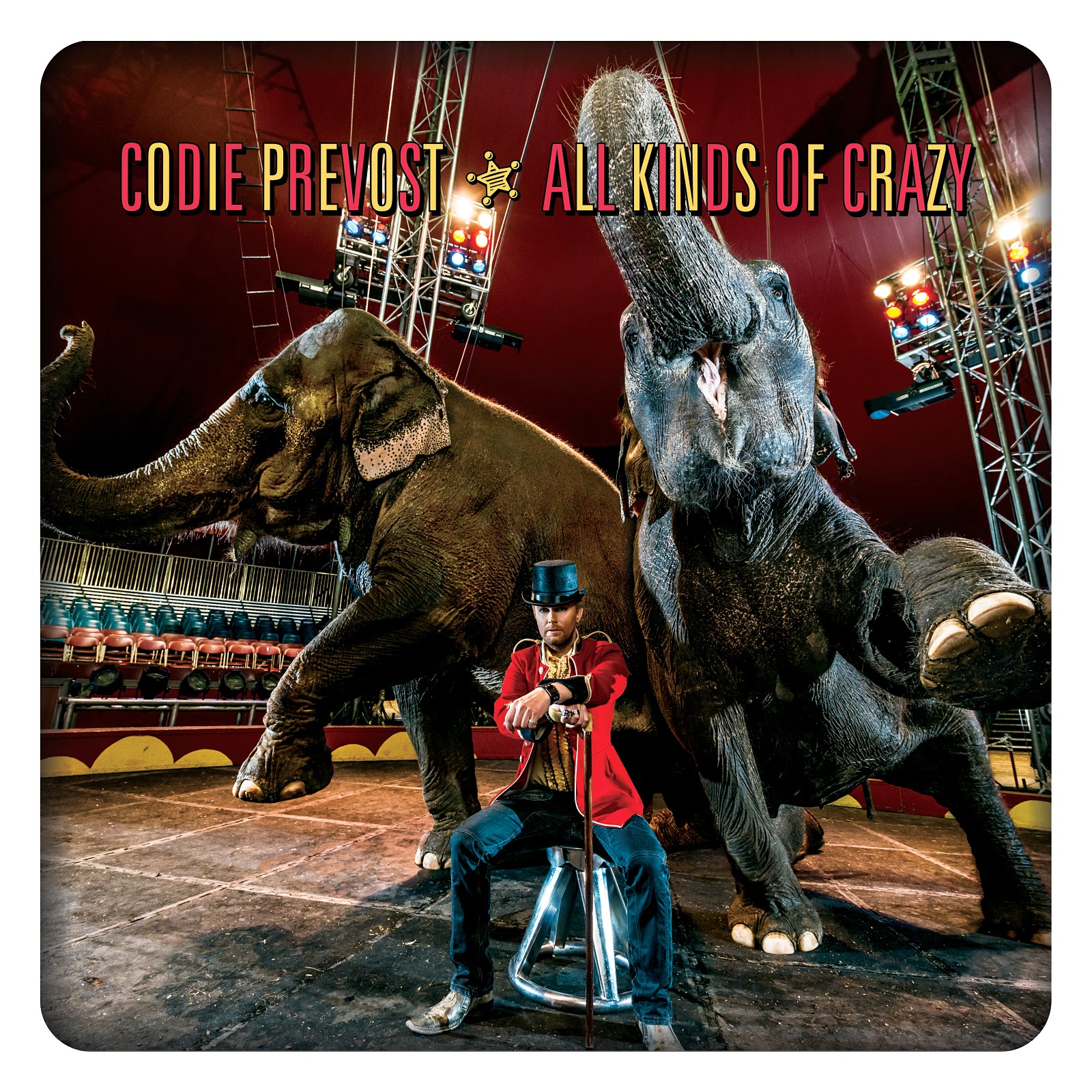 Saskatoon, SK July 21, 2014:  Codie Prevost's album "All Kinds of Crazy" has been a huge success since being independently released March 1, 2014. It debuted at #6 on the ITunes Canada Country Albums Chart, is nominated for "Country Recording Of The Year" at the 2014 Western Canadian Music Awards, and is now nominated for "Album Of The Year" at the 2014 Canadian Country Music Association Awards.

Prevost says he couldn't be more thrilled: "A lot of hard work goes into making an album and when it's finally finished you release it hoping people will like it and respond to it. As an artist the reaction to "All Kinds Of Crazy" has been overwhelming. I have my fans, my team, and my family to share these moments with and this wouldn't be possible without them" exclaimed Prevost.

Other nominees in the "Album Of The Year" category include Dean Brody with "Crop Circles"; Brett Kissel with "Started with a Song"; Tim Hicks with "Throwdown"; and Dallas Smith with "Tippin' Point EP". This makes Prevost the only independent artist to be nominated in this category.


The CCMA Awards Show will be held at Rexall Place in Edmonton, Alberta on September 7, 2014.  Tickets for the event are available at ccma.org.

To purchase "All Kinds Of Crazy" follow the links below: