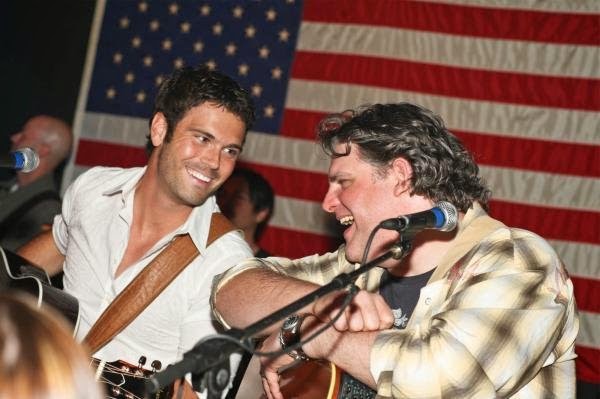 Jason Matthews first moved to Nashville 1995 with his heart and his pen to follow his pursuit of songwriting and for one, I am glad he made that decision. Jason is a full time writer, penning a ton of top hits for some of country music's biggest names. When you listen to songs he's written, you can hear the quality and the time he pours into every story. Jason's not only a great writer, he's also a wonderful artist, performing his own music and releasing it on iTunes. He's also one of the kindest people you'll ever meet, grateful to every ear that listens and thankful for every word that makes it from his thoughts to paper. Jason was awarded the 2006 Music Row Breakout Songwriter of the Year Award.

Thank you Jason for sharing your talent, your words, your heart with country music. We appreciate your sweat and your tears, your letting us into your world through your music.

Posted by LovinLyrics at 5:05 PM