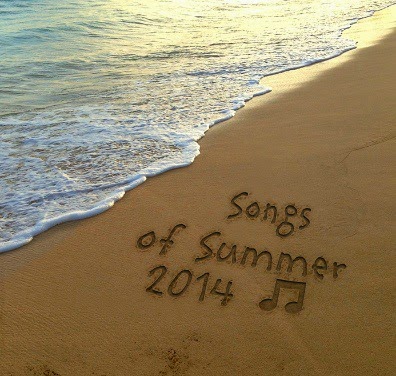 Now that summer is sorrowfully winding down, I thought I would take a minute to share a few of the songs I’ve loved this summer. Every once in a while you hear songs that make you shut up and listen. There’s been a bumper crop of incredibly well-written and sung songs that I’ve either discovered this summer, or have been released this year. I thought I would take a minute to share the top 5 songs and a little about the singers, songwriters and bands that made me revel in the talent that they possess and share with the rest of us. Songs that are written excellently and whose vocal prowess is undeniable. Songs where you’re maybe wanting to hunt down a crossroads demon for the chance at 10 percent of the vocal or writing talent present here. These are the songs if ever you begin to lose faith in country music, or you need to have something wash over you completely, or your friend thinks that country music is too twangy or too poppy or has yet to be impressed by the 10 minutes of the radio he’s heard. This is what you play when you want the audio equivalent of a good aged bourbon. A 12 or 15 year Van Winkle perhaps. Dive on in.

Old Crow’s new album “Remedy” is entirely wonderful. If you’ve only heard the 8,000 covers of “Wagon Wheel” and not really delved into all that is the Old Crow Medicine Show, then you should probably fix that immediately. The members of Old Crow Medicine Show are Kevin Hayes, Cory Younts, Critter Fuqua, Chance McCoy, Ketch Secor, Gill Landry and Morgan Jahnig. The estimable authors of this song are Secor, Fuqua, and McCoy.

Old Crow has such incredible singers and songwriters and just brilliant musicians in every sense. I love this entire album, but the song that really stood out to me was “Firewater.” It’s been a while since I’ve heard a song that is written like this. It starts out with sweet, plucked strings and a lone male voice singing “Livin’ on bread and wine was easy for John and James and Mother Mary”…. A little later everyone else joins in and the song picks up a little. Betwixt the voices, the instruments and the story being relayed to us, it’s hard to think of anything that melds together more melodiously. There’s nary a line that is filler, nary a line that isn’t worthy of exultation. I would like to list lines that exemplify their genius but to think that is possible, to hold one or a few out of the entire story is a fool’s errand. The chorus however, must be how we end this article of admiration here. Truer words were never spoken Messrs. Secor, Fuqua, and McCoy. “It’s a short life, it’s a hell of a life, it’s a mean old world when you’re kicked to the gutter and the firewater is the one thing to put out the flame.” Right you are boys, right you are.

Tyler Farr’s newest single was written by Jonathan Singleton, Melissa Pierce and Brad Tursi. (Credit to Roughstock for that) I’ve definitely enjoyed Tyler Farr’s music before, from “Hot Mess” and “Hello Goodbye” to “Ain’t Even Drinkin” and “Whiskey in My Water” but there’s not been a single song that has showcased the talented vocalist that he is as well as this one has. (Although “Hello Goodbye” is what made me love his voice in the first place.) I read somewhere that someone was surprised that this storyline hadn’t been made into a song before. That is quite surprising, but perhaps someone knew that nobody would do the job that Farr has. It starts out with his voice all grit and gravel … “The joke’s on me and it ain’t funny” as they delve deeper into the story the music swells and you get sucked into the song and the story. There’s really nothing to say here except this is a great song. The lyrics are well-written, Tyler’s never sounded better and sounds like such a phenomenal vocalist that you want to hear over and over again. Not that you didn’t before, but this is a whole new facet of talent here. It’s not a new story, but it’s never been told in this manner before. For that we must thank the writers Singleton, Pierce and Tursi, along with Tyler Farr for the gravel-induced high created here.

Last summer, Sam Hunt had a mixtape up available for download on his website called “Between The Pines.” This song is from that. It is now solely available on Youtube (and if it was available anywhere else I would buy it immediately. Please be on new album. Easily my favorite of his songs)

It’s a melancholy song “Does it ever really get better than this” song. I love the message of it, the memories provided, the memories provoked, every little bit of it. There’s been so many nights where I just think “Pause. Pause right here. Just keep it going a little while longer please, ‘cause nothing’s going to be like this again, soak every bit of it up.” That someone has so perfectly encapsulated that into a song and wants to “Bottle it up … Be taking a trip wherever I go” is nothing short of is startlingly remarkable. Every single line in here is so beautifully crafted I don’t even know what to focus on. It’s like it almost hurts but at the same time the onslaught of memories is so powerful you don’t want it to stop and you want everybody around you to experience it, because it’s so ephemeral. There aren’t really words to describe how well Sam Hunt weaves a story and conjures a memory or more. And that’s just his writing have you heard him sing? Every bit as impressive as his writing. If ever you’ve read the book “Because Of Winn-Dixie” then you know the taste of melancholy is strawberries and root beer. If that is true the audio equivalent is this song.

Honorable Mention: Raised On It, Take Your Time

Dierks has written so many great songs and “Damn These Dreams” is heralded as his most personal to date. I can definitely see that. Written by Dierks Bentley, Jaren Johnston and Ross Copperman. “Damn These Dreams” is off of his most recent album “Riser” and it’s definitely one of the best songs I’ve ever heard from him. It’s not a happy song by any means, but you’d be hard-pressed to find the amount of honesty present in his voice or songwriting that there is here. The story starts at his inception into music until present day that has Dierks achieving the success he so richly deserves. (And will still achieve more.) I’ve loved Dierks’ music for so long. I remember in high school road-tripping to his concerts blaring his cd’s the entire way there and back, getting lost for hours and the highs from the concert, the experience, everything. Then more recently, I remember him coming to my hometown and getting the chance to experience a concert with some of my closest friends that I hadn’t previously gotten to with before. Since “What was I Thinkin” until now, with “Damn These Dreams”, Dierks has been ingrained in so many of my favorite memories and so many of my favorite people. To see him constantly evolving as an artist and the growth he’s undertaken as a person and artist alike, is a truly outstanding event. That you can track his growth throughout his discography and this album especially is extraordinary, and I cannot wait to see what comes next.

It’s been a long, hard fought struggle to the top, and what this song speaks about is that now that he’s gaining the success that he has been working for what must seem to be his entire life, it’s not all he thought it would be. He has this wonderful life, and this wonderful wife and children and career. It’s all things that take your entire mind and entire heart to focus on, so he feels torn whenever he must leave. He had a song that briefly touched on this before that I also love called “Easy Street” a sort of “lonely at the top” song, but it approached nowhere near the depth or storytelling that “Damn These Dreams” does. There’s a raw, painful honesty in “Damn These Dreams” that makes you ache to listen to but it’s an exquisite, lovely pain. This album is so full of personal touches, Bentley fingerprints all over, that it’s hard to choose what to focus on. There was absolutely no way this one wasn’t going to grab my attention though. I’m in such awe of the writing and the singing here. It’s just absolutely impossible to ascertain the written and sung talent here correctly without hearing it. It’s not able to be done.

Honorable Mention: Say You Do, Five

5. Jake Owen – What We Ain’t Got
Jake Owen released his newest album “Days of Gold” late last year and his newest single off of it is my favorite of the album. “What We Ain’t Got” is written by Travis Jerome Goff and Travis Meadows. A song about a man who didn’t appreciate what he had and while working for something else lost what he had. “All I want is what I had, I’d trade it all just to get her back” Jake croons in a beautiful siren call. I defy you to find anyone that doesn’t love Jake Owen, for his singing, performing or overall personality. However, this is one of those songs that leaves you gob-smacked, openmouthed and overall speechless. No song has ever framed his voice so impeccably. I love that Jake isn’t releasing just the upbeat, radio-friendly guarantees as singles, but rather utilizing the writers and his talent, regardless of the fact that it’s not a typical pump you up song. Heart-breaking and achingly wonderful yes, but “Beachin’” and “Barefoot Blue Jean Night” it is not. It shows how multi-faceted and unpredictable of an artist he is, who puts good music above all else. The entire album that this is off of is absurdly fantastic, but this is the one that stands out and deserves to be lauded a little extra.

Honorable Mention: Life of the Party and One Little Kiss (Never Killed Nobody)