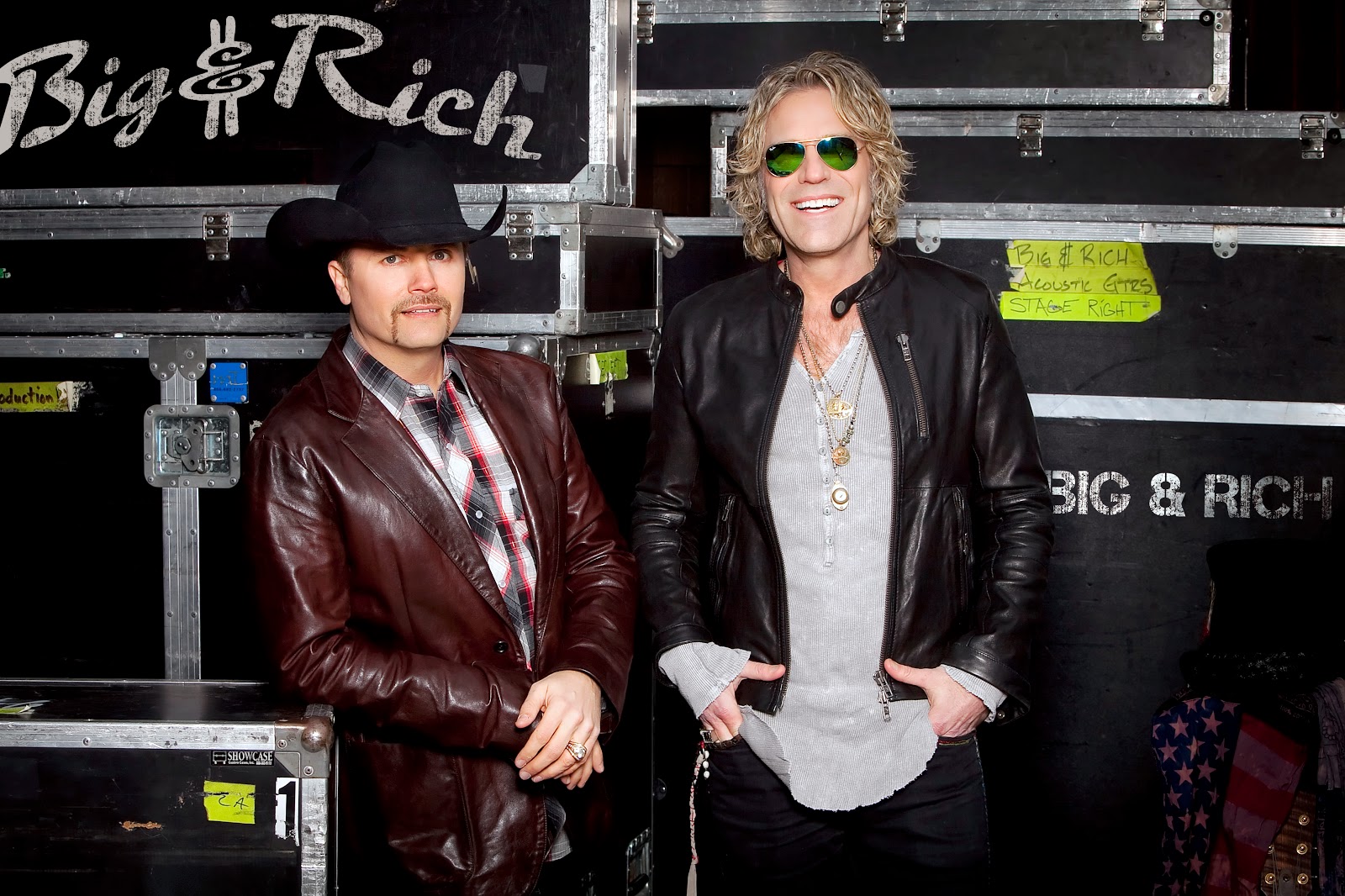 NASHVILLE, Tenn. (September 15, 2014) – Country superstars Big & Rich kicked off the official world debut of the “Look At You” music video this morning on CMT.  It’s airing exclusively across all CMT platforms.  The “Look At You” music video was filmed in Las Vegas on Caesar's properties and inside the Brooklyn Bowl.  It was written, produced and directed by award-winning Trey Fanjoy.  The video is part one of the groundbreaking four-part music video and short film, "The Gravity Quadrilogy," showcasing Big & Rich's phenomenal new music.

Today's video premiere is in celebration of the duo’s new album, Gravity, which will launch on Tuesday, September 23, 2014 (Big & Rich Records).  The band will also celebrate the new album with a release party in New York that day at Brooklyn Bowl.  Chart climbing “Look At You” is the current smash hit single for Big Kenny and John Rich.

Pre-orders of Big & Rich’s new album currently include instant downloads of three tracks, “Look At You,” “Brand New Buzz” and “Thank God For Pain” on iTunes.  A fourth track, “Run Away With You,” will also be available as an immediate download for all album pre-orders on Tuesday, September 16, 2014. Fans can also pre-order the CD now on Amazon.