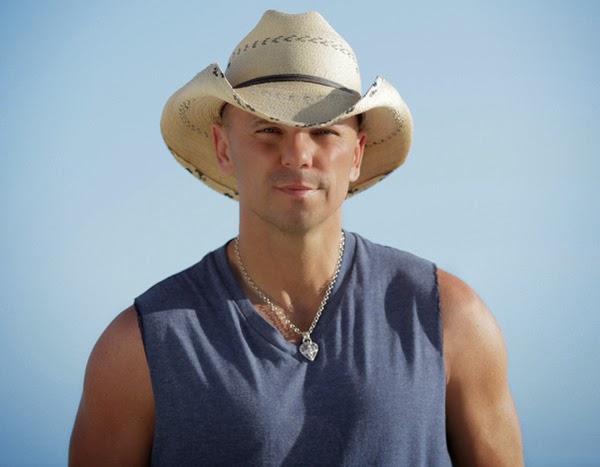 Nashville, TENN. (September 29, 2014) - Kenny Chesney heard “Til It’s Gone” and he knew he had the distillation of everything The Big Revival was destined to represent. Not about how far or how much, the surging mid-tempo David Lee Murphy/Rodney Clawson/Jimmy Yeary song was an invitation to not just being in the moment, but hanging onto the one or ones you love for all its worth.

“Obviously, it’s a song for a guy and girl and that moment in a relationship where you put everything on the table,” Chesney says of the song that sweeps listeners up in another one of the intriguing rhythms on Revival. “But when I heard it, I thought of my audience, of the No Shoes Nation – and what an act of faith it is for us to get together. There are people whose lives might be falling apart, who’ve traveled  a hundred miles to get there, who just need to have that night where their faith in living is restored... and if you live like that, I think, the song suggests you can get all the good out of what’s meant to be.”

With “American Kids,” The Big Revival’s debut single, spending two weeks at #1 on the Country airplay charts, Chesney knew he had to come with something that packed the same stopping power. A direct invitation, “Til It’s Gone” is powerful, long on the embrace of the audience and full of the passion he sought to capture on his new record. Chesney chose wisely: two weeks before radio stations were even supposed to add the single, it hit Billboard’s Top 40.

“The Big Revival is committing to your life, walking into a room with a smile, arms open to what might be,” Chesney says. “I wanted all the songs to reflect that, but ‘Til It’s Gone’ really is living every last drop with the people who matter. To look someone in the eye, to say ‘I got this...’ When you get to the bridge: ‘One life, one chance/ One ticket to the big dance/ You & me just holding on/ Right down to the last song...,’ that’s what it’s all about.”

Early response to all the songs has been strong. Not only did Matt Lauer take off his shoes when Chesney visited “The Today Show,” the 8-time Entertainer of the Year has been picking up strong reviews. USA Today called The Big Revival, “a coming-of-age tale full of life-changing memories,” while Billboard offered it “captures the zeitgeist of American youth in a way John Mellencamp once owned” and Rolling Stone raved the album “continuously being a sense of music energy and emotional urgency... His strongest collection of songs since 2010’s career-defining Hemingway’s Whiskey.”

Having spent a year to create the creative space to claimThe Big Revival’s varied tempos, aggressive sonics and life affirming message, his latest builds on what people have come to expect and also expands what is possible for mainstream country to include. Beyond a song for Chesney’s first tour bus and an homage to the Flora-Bama Lounge along the Florida/Alabama line, Grace Potter guests on the thinking man’s appreciation of women “Wild Child” and Alison Krauss and Dan Tyminski appear on the stark Appalachian philosophy of “Don’t It.”

“It’s great to see people taking to the music like this,” Chesney says. “You lock yourself away, writing and recording and you don’t know! That people are responding like this gives me hope.... for the music, and for the passion people invest in their lives.”

Posted by LovinLyrics at 5:38 PM