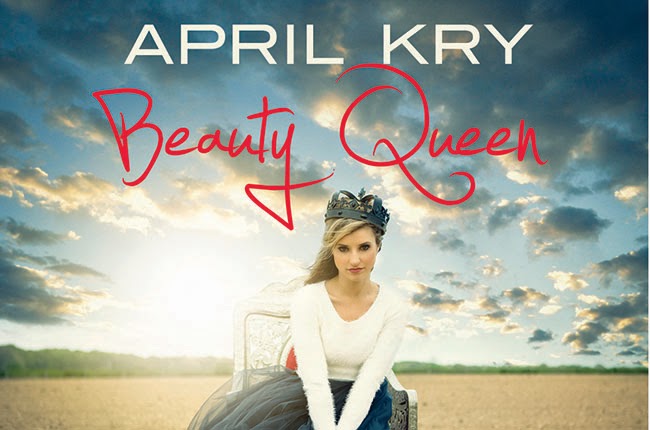 April Kry might be a new name to some, but the country singer has been utilizing her vocal skills to great effect from a very young age. Her new song “Beauty Queen” and upcoming EP on Metric Records are sure to help April make as big a mark in the music world as some of her influences, like Miranda Lambert, Hunter Hayes and Carrie Underwood.

April started singing in church, where her father was a worship leader, when she was barely 5 years old. At the age of 13, she sang “God Bless America” at a gala event where the Keynote speaker was the legendary Jermaine Jackson, and she knew from that point she was destined to be a professional singer. In the time between then and now, April has performed at the legendary Apollo Theater’s Amateur Night, and sang background for new age singer Enya on the nationally televised talk show Live With Regis & Kelly. Eventually, April learned to play guitar and discovered that she enjoyed writing songs as well as performing them.  “My inspirations when it comes to songwriting are things that happen in everyday life. I like to write about struggles or heartache that people go through in life because I believe that it’s something that we can all relate to.”

Attracted to country music because of the superior lyricism employed by the genre, the recording of an EP called Music Speaks found April decamping to Nashville, where she immediately felt at home. “I love it in Nashville. I feel like I should have been born here!” April adds, “There were studios and musicians on every corner and it was heaven for me, I reconnected with some musicians I had used on my first record who were down here in Nashville called Zodlounge. They were my band, producers and co writers all in one!”

Through the release of the Music Speaks EP, April wound up getting her songs placed on TV shows such as Love Games and The Real World. She’s worked with former American Idol Charity Vance on a series of covers, and struck up a musical partnership with Javier Colon, who is best known as the winner of The Voice’s first season.

“Beauty Queen” establishes the next phase of April’s career. Written by Jennifer Pappas, JP Rende and Kathryn Raio, it’s the story of a local Southern beauty from a broken down town near Memphis. In the same vein as the film The Last Picture Show, the central character finds herself stuck, wanting to break free of the past and a life she sees as a dead end road. She hints at a dangerous intrigue with the line “I’m a bad girl behind this pretty face, and I’ve gotta get out of this place.” This“Beauty Queen” will take you for a spin.

April reveals that she enjoyed making the song’s video, as well. “It was my first professional video shoot and it was a really long day, but I had so much fun,” she enthuses. “We were hoping for good weather and we got it until a downpour started just as we were filming the final scene.” Still, she says she’s pleased with the way it came out, and feels as though the video captures the song’s lyrics perfectly.

Lyrics are a big part of why April writes and performs music, and what she hopes her identity will ultimately be as an artist. “The reason I love doing music is that it truly brings people together. I truly believe that the lyric is the heart of a song, and without substance, you won’t make a lasting impression. It doesn't matter where you're from or what language you speak, music is a universal language and if I can touch just one person with a melody or lyric of mine I've done my job as an artist.“

Connect with April on Twitter at @AprilKryMusic and on Facebook at AprilKry
Bio Credit: April Kry
Posted by LovinLyrics at 2:21 PM