SPOTLIGHT ON: MUSIC GIVING BACK - "FarmAid" 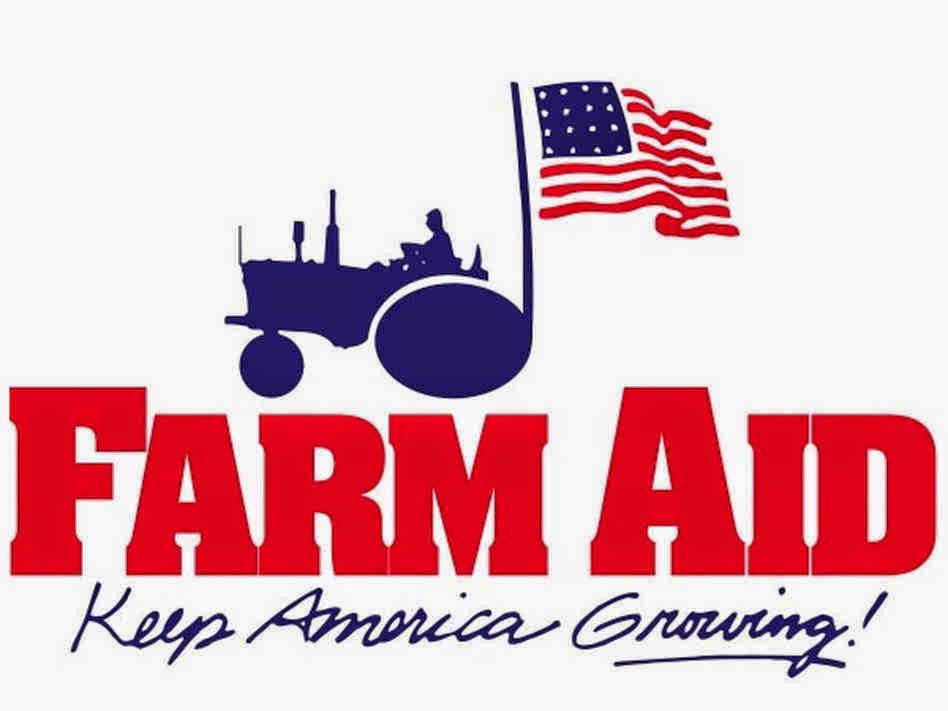 This week’s non-profit we are focusing on is FarmAid. FarmAid began in 1985 with Willie Nelson, John Mellencamp and Neil Young organizing concerts to raise funds and awareness of family farm loss. Today, Willie and John Cougar continue to be involved and perform at FarmAid. FarmAid is crucial to our life and holds a place especially dear to those in country music. Many country artists grew up living and/or working on farms, in farming towns, or had friends that did. This makes FarmAid a place that doesn’t only hit a little closer to home, it makes it so that there is still a home to go back to. Farming has been interwoven into country music since before Alabama’s “High Cotton” or John Denver’s “Thank God I’m a Country Boy.” Obviously, it still has relevancy today but is not as common as it once was. Several reasons for that, some good and some bad. Clearly, that we have made advances where we can have food from around the world available to us in our local grocery store, there’s positive qualities to that. I’m quite fond of pineapple and live in the Midwest. The negatives are that people are losing their land, their home, their livelihood, their culture.

When farms and fields are demolished for subdivisions, or when a corporation decides it will be more profitable for them to be the monopoly on a crop, that’s a negative. Thankfully, FarmAid is quite adamant on preserving a way of life and the agriculture so enmeshed into the American culture. FarmAid promotes community as a way of life for the family farmer, and makes sure that the community is always growing and always connected to one another. In banding together, we are stronger. They have a network to connect family farms to one another, for greater efficacy and greater sustainability. They also offer grants to those struggling, which these days is just about the entire infrastructure. A quote from their website reads:

“Independent family farmers are the pillars of their communities. They grow high quality food, are active in civic life, and are essential to the economic vitality of both their hometowns and the nation. As stewards of the land, family farmers work to protect the soil, air, water, and biodiversity in addition to producing high-quality, healthy food for everyone.” Though they succinctly listed many important traits of why farmers are so vital to our way of life, I think they left off a point I’d like to touch on. Local crops breed a sense of identity, growing up outside of a big city, in smaller towns or rural areas that’s an area of pride. Even after you grow up, and the area you live in has more subdivisions than fields, you still celebrate it. You still say things such as “There is no better corn than in my county.” (Which really there isn’t. True story.) You think of tobacco, cotton, soybeans, wheat, peaches, etc. Luke Bryan holds entire Farm tours and I’m guessing quite fond of the tobacco and peach crops growing up, even if he doesn’t ingest or inhale the product.

There has been a resurgence in farmer’s markets in the past few years, people wanting to get back to that knowing where their food came from. You should always know where your food came from, if nothing else you really only get one body and one mind you should know what you’re putting into it. Knowing the person who grew your food is also a great thing, they’re going to care more about you and the crops more than any faceless corporation whose biggest concern is what pesticide is cheapest and which steroids are most profitable with the least amount of negligence caught.

FarmAid is most well-known annual concert, always having big names willing to give a hand. Their annual concert will take place on September 13th 2014 (This Saturday!) in Raleigh, North Carolina at Walnut Creek Ampitheatre. Always a wildly successful event tickets have already sold out, but it will be available for viewing on AXS TV, webcast on farmaid.org, and Willie’s Roadhouse on Sirius XM. A bevy of genres anxious to help out such a venerable cause, the artists donating their time and talent this year are: Willie Nelson and Family, Neil Young, John Mellencamp, Dave Matthews and Tim Reynolds, Jack White, Gary Clark Jr., Jamey Johnson, Preservation Hall Jazz Band, Delta Rae, Lukas Nelson and Promise of the Real, Carlene Carter, Todd Snider, Insects vs Robots, Raelyn Nelson Band and Jesse Lenat. Volunteers are always welcome, as are donations. Not only a concert, a veritable festival in its own right, with opportunities to meet the farmers and try tons of local fare, play games and contests, shop at all the booths and pick up some concert gear, all the while listening to the phenomenal artists play. A cloud surrounding headliner Willie Nelson’s show may give both the food and music a more pronounced flavor. Then again, that could be what fresh, good food from people who know and care about the food tastes like, and what musicians who have been perfecting their craft for decades sound like. So grab some food, some drink and a patch of grass and have a helluva time supporting FarmAid!

There are places to donate at the event, if you feel so inclined. If you can’t make the show but would still like to donate click HERE
Posted by LovinLyrics at 5:37 PM