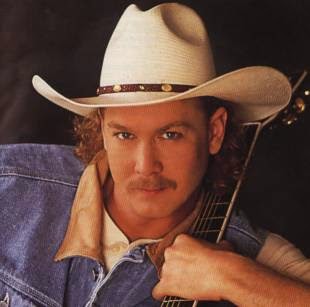 It’s time to jump into the 90’s nostalgia with one of our more recent “Way Back When Wednesdays”, “Texas Tornado” by Tracy Lawrence.  The 90’s were such a great era for country music weren’t they? With artists that have stood the test of time such as George, Garth, Shania, Trick Pony, Deana, Sammy… The list goes on and on with too many iconic artists to mention! (Incidentally, how excited is everyone that a few of these names are re-entering the touring world?).

“Texas Tornado” came out in 1994 off of Lawrence’s “I See It Now” album.  The same album also contained his utopian hit “If The World Had A Front Porch.” “Texas Tornado” was written by the prolific and famed Bobby Braddock, who has written an entire lifetime of hits. Not just hits, but beautifully written memorable stories that withstand the test of time. It’s about falling for an old flame all over again, falling into old patterns until they’re gone all over again. He tries to maintain composure which works fine until he sees her, and then he’s “blown away again.” Tracy Lawrence does a wonderful job as always and it’s easy to see why this is and has been a stand out hit for him.


Editor's Note: Tracy is quite active on social media and is releasing new music and touring! Be sure to follow him on Twitter at @Tracy_Lawrence and "like" him on Facebook at TheRealTracyLawrence. His music is available on iTunes and Amazon!