Sometimes it really is as simple as a hashtag.

“Last year, in terms of social media, ‘The 47th Annual CMA Awards’ was the most talked-about broadcast of the week,” said Damon Whiteside, CMA’s Senior VP, Marketing and Strategic Partnerships. “We had 130 million impressions on Twitter. This year, we want to generate even more conversations around the Awards. We are doing more to raise awareness about tuning into the show, and we’ll do that with #CMAawards. We want to get fans to use that hashtag to generate conversations.” 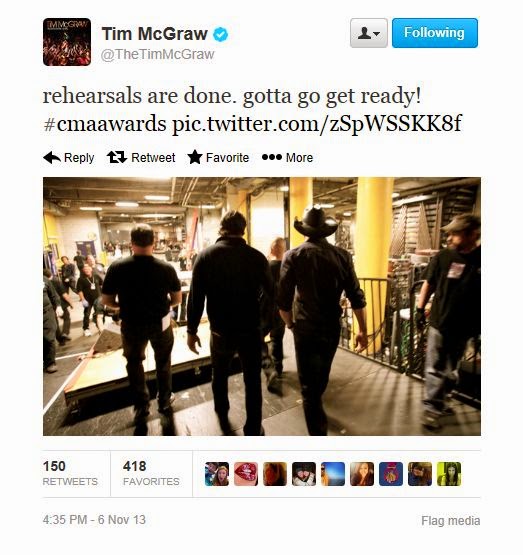 Tim McGraw was among many artists who shared their 2013 CMA Award experiences live via Twitter. - Photo Credit: CMA 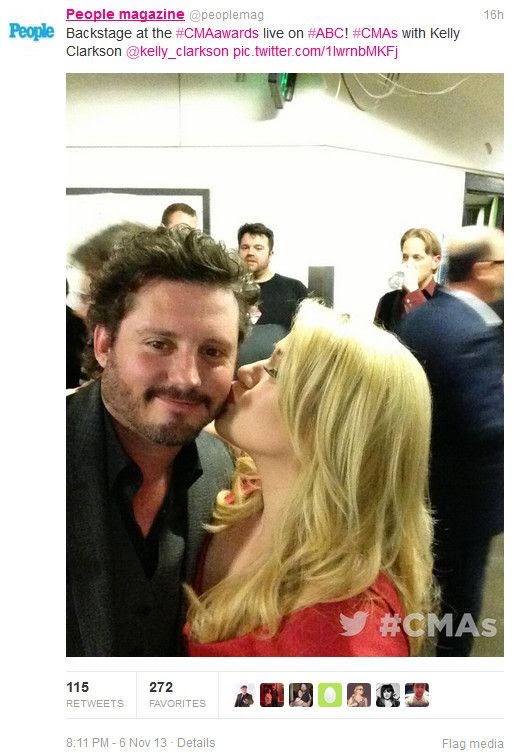 Kelly Clarkson was among the artists who posed for and tweeted selfies backstage at the 2013 CMA Awards via a “twitter mirror.” - Photo Credit: CMA


CMA’s digital platforms reach 2.5 million followers on Facebook, Instagram, Twitter, mobile and email.  CMA’s plans involve leveraging that strong artist and fan community by providing content for its members to repost and retweet in the days before as well as during the broadcast.

New to the show this year will be the Backstage Pass via the WatchABC app, a behind-the-scenes, second-screen experience, accessible on tablets, laptops and other mobile devices. CMA had formerly provided multicamera, fan-directed streaming feeds at CMAawards.com. This year, they will also be featured inside the WatchABC app, offering a more integrated experience across multiple devices, including iPad, iPhone, Android devices and smart TV. Cameras on the Red Carpet, in the backstage area, and even focused on the A-list celebrities in the first few rows of the audience, will capture additional footage. 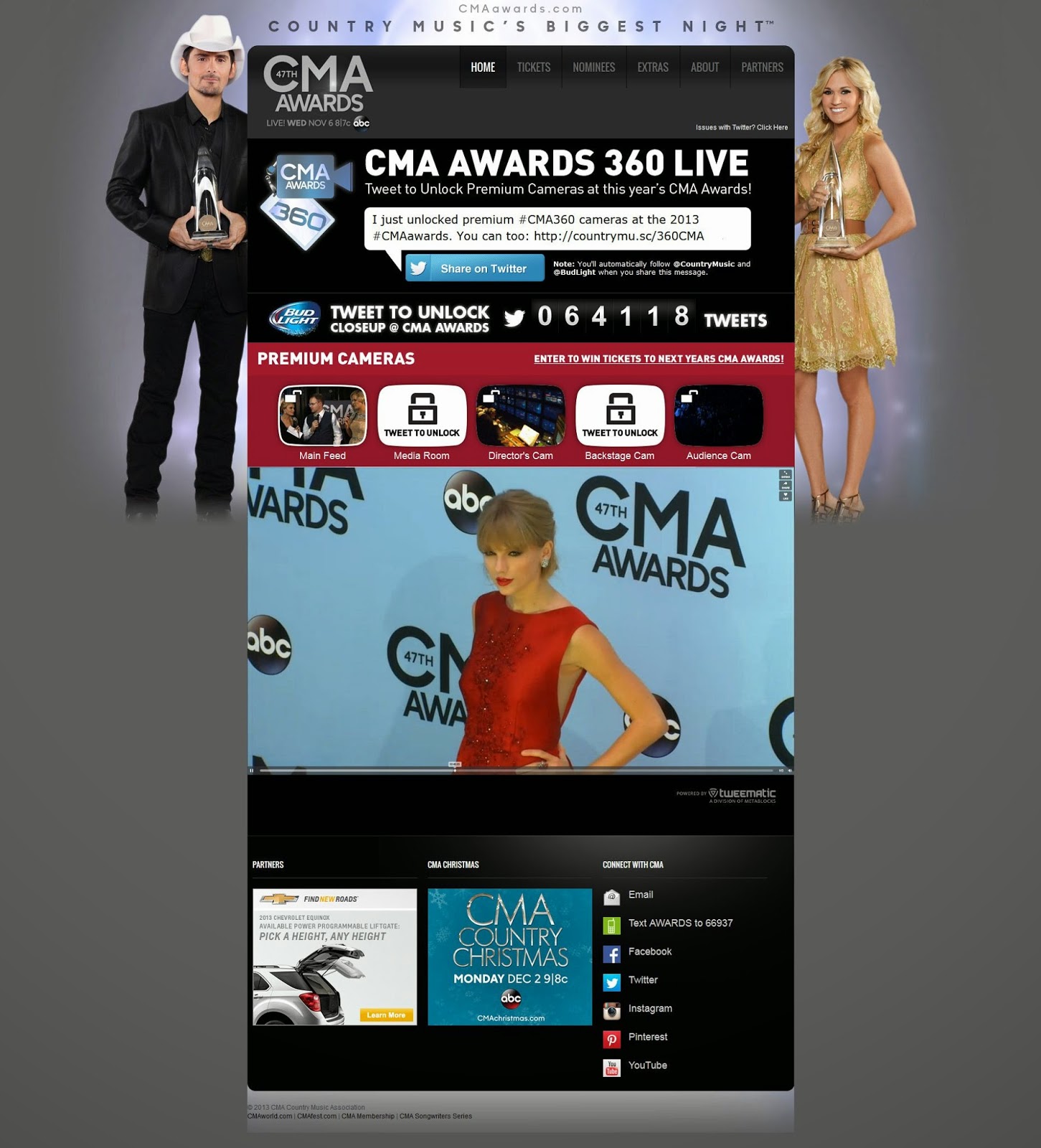 The CMA 360 app offered multiple views of the action during the 2013 CMA Awards.
Photo Credit: CMA

“With more cameras and more interviews and insights from the artists, the Red Carpet and backstage show will let the fans be more involved than ever before,” said Ben Bennett, CMA’s Director of Digital Strategy. “In select markets, fans can even watch the CMA Awards live on the WatchABC smartphone app alongside the backstage show. Being included in the WatchABC app will introduce Country Music to millions of potential new fans. The experience will also be available on the digital home for the show, CMAawards.com.”

Of course, Facebook/Instagram will be part of the experience. In 2013, using instastop photo booths, artists posted Red Carpet photos to the “Extra” Instagram account. They also participated in fan Q&A sessions on their Facebook pages. This year, fans will have even more chances to connect with artists through Facebook.

Colgate, another partner, will provide a site in the hair and makeup area from which artists can tweet. Additional partners JC Penney and Pepsi will offer their own social media elements.

One of the largest social media initiatives will involve Chevrolet, which launched an Instagram promotion during ABC’s broadcast of “CMA Music Festival: Country’s Night to Rock” on Aug. 5. This campaign invites fans to post photos evoking the Country lifestyle and what it means to them to Instagram using #ChevyCMASweeps. The winner receives a trip to Nashville and tickets for the 2014 CMA Awards. All the info about this campaign is available at CMAawards.com/Chevy.

Promo spots airing on ABC in the weeks before the broadcast will incorporate a social media twist, featuring co-hosts Brad Paisley and Carrie Underwood driving fans to social media platforms to vote on playful elements of those promos.

“Our goal is to create a great fan experience so the fans will want to talk about the Awards with their friends online, and as we reach more of their circles of friends, we can potentially reach a bigger tune-in audience,” Bennett concluded. “The fans, promotional partners and artist communities are all vital to our success.”

Posted by LovinLyrics at 3:09 PM