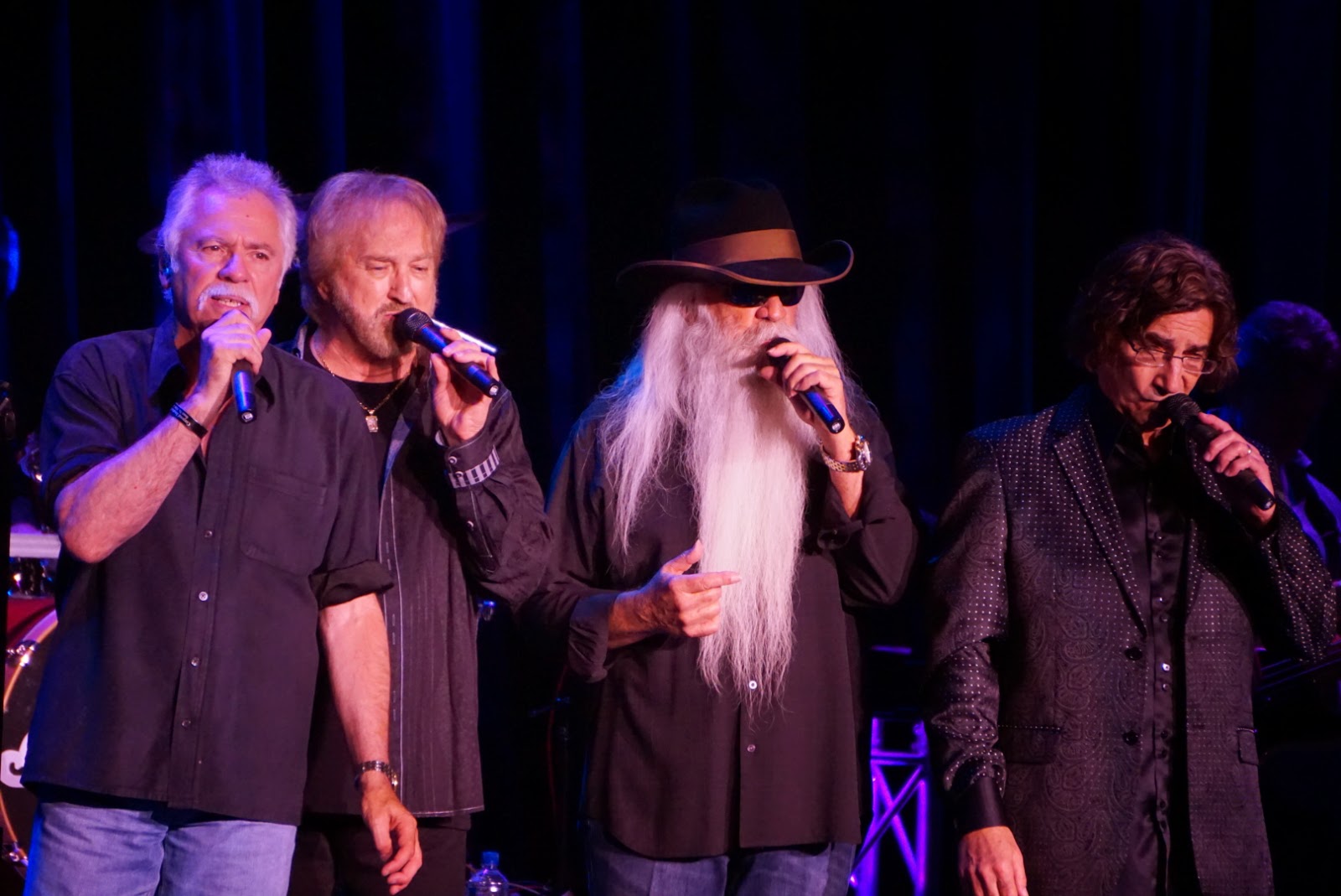 Ya know, any show by the Oak Ridge Boys is truly an easy show to review. I could sum it all up in about 3 words - fantastic, wonderful, and outstanding. That would be the easiest way to describe it but not the best way to really show how true those words are and how an Oak Ridge Boys performance description deserves more than 3 simple words.

41 years of tradition, family, faith and music is what the Oak Ridge Boys are all about. Their name, reputation and gift of music has truly remained solid through the years. These four men and their entire band and crew put on one of the best shows one should ever be privileged to see. There is just something about this combination of personalities, voices and hearts that makes them such legends, not only in the music realm but in the hearts of those whose lives they touch with their generosity, friendship and kindness. No, this isn't me gushing, it's just me calling it like I see it and like I'm sure many others see it as well. Every show is comprised of care, quality and character that you would have a hard time finding in other shows.

I said it in my last review of their show at the Alabama Theatre, but it rings true that the shows at this venue are like coming home. There is a feeling of familiarity among those in the audience, there are hugs for longtime friends, and just a feeling of contentment. People here know each other and look forward to meeting here at least two times a year to welcome the Oaks back to the stage. It's almost like a family reunion of sorts and well, that is just enough to warm anyone's heart.

This night was a little off for me, we were late getting to the venue, I'm usually there a good hour before the show for some quality Boys time but time was not on my side this time. I got hustled in backstage literally about 5 min before the guys hit the stage, just long enough to squeeze in rushed hugs from Joe, William Lee and Scotty Simpson. Scotty took me out on stage to hug Rex Wiseman and in the process of walking across the stage in the dark, my foot got all tangled up in the wires and I damn near took out a speaker in front of a sold out crowd. Yep, that's me, Jenn at her finest moment but thank God it was so dark and no one but me knew about it or could see me!

We got to our seats just as the show started and my anxiety died down and my happiness set in. The band sounded exceptionally good tonight, not that they don't sound great every night but for some reason, they were just going for the brass ring tonight and they grabbed it. While two of my favorite people were missing, Don "Guitar" Carr and Chris Golden, the newest members of the Mighty Oaks Band, Roger Eaton and David Northrup filled the gap perfectly. The Oaks sounded fantastic, actually the best I've heard in all of the shows I've been to. It was almost like they may have actually gotten much needed rest after a gazillion nights on the road and sell out show after sell out show. Their voices blended perfectly, the harmonies were tighter than Luke Bryan's skinny jeans and their energy level was higher than a spider monkey jacked up on Red Bull. They were in it to win it tonight and what they won was the heart and attention of every person in that room. There was country, there was pop and there was that well known southern gospel that only the Oaks can sing that made me wanna jump up and clap my hands. I know I screamed "Hallelujah! Lordy Mercy!" at least twice and now have the need to join a church choir. I think I may have even seen the face of God during the finale of "Heaven Bound". I was saved for the 10th time, I swear I was! The Oaks never give less than 100% and tonight they gave twice that. They left everything they had on the stage, I mean everything. Now it was over, the night I look forward to every year and my heart deflated. Now I have to look forward to April for the next "Boys Night Out". Now let's see, how many days is that???