Church’s New Single “Talladega” is the No. 1 Most Added Song at Country Radio 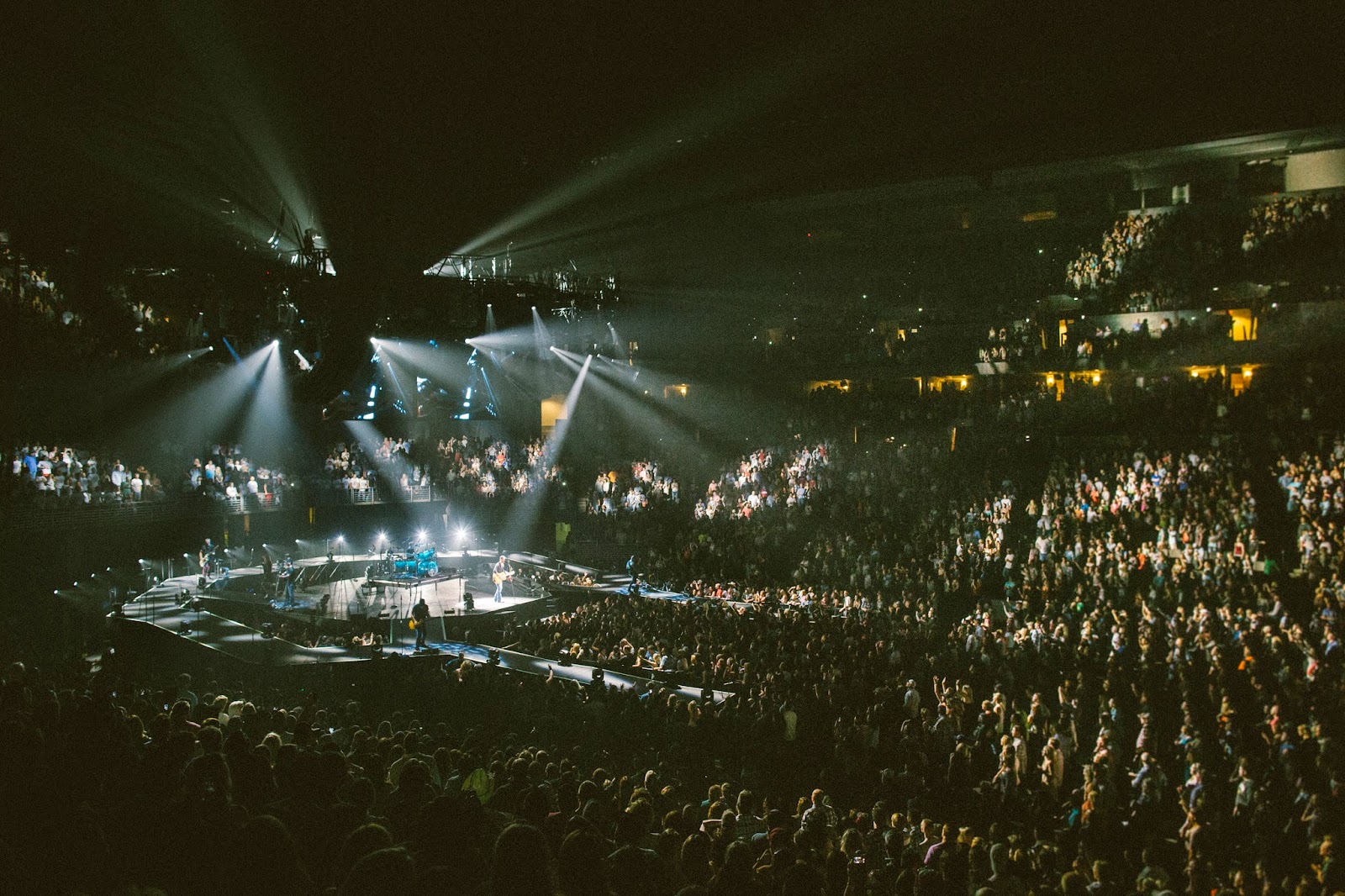 Nashville, TN – (Oct. 2, 2014) – With just a handful of shows into his jaunt, Eric Church’s “The Outsiders World Tour” has already drawn more than 100,000 fans to see what Jon Bream of Minneapolis’ Star-Tribune called “country’s most compelling live act.” Having launched in Bossier City, LA on Sept. 11, the tour puts a spotlight on country music’s top-selling album of 2014, The Outsiders, which features the new single “Talladega,” the No.1 most added song at country radio a week before add date - with over 100 total first week stations! Celebrating its success, Church will return to The Tonight Show Starring Jimmy Fallon on Oct. 15 to perform "Talladega."

The Outsiders is nominated for CMA Album of the Year and has earned Church three additional CMA nominations for Male Vocalist of the Year, as well as both Single and Song of the Year for his No. 1 hit song “Give Me Back My Hometown,” which he co-wrote with Luke Laird. Billboard also suggests The Outsiders as a potential nominee for the all-genre GRAMMY Album of the Year category in its recent 2015 predictions article, saying, “One of the biggest debut sales weeks of the year also belonged to one of the best-reviewed country records in years. Eric Church made a leap in 2014, and the GRAMMYs  should notice.”

Ticket sales prove “The Outsiders World Tour” is a success with the fans, but the concerts are also resonating with the critics, as these recent press quotes demonstrate:

·      “The guy doesn’t just sing — he shouts, cackles, croons and generally freaks the hell out,” wrote Rolling Stone’s Andrew Leahey after reviewing the Louisville show. “Church may claim to be an outsider, and his music does place him on the fringes of pretty much any single genre… but last night, the dude was king.”

·      “Bringing a nearly brand-new world tour to town carries some big advantages, and Eric Church made the best use of every one of them…” wrote The St. Louis Post-Dispatch’s Amanda St. Amand. “Feels fresh? Check. A surprising song list?  You bet. Massive enthusiasm from a nearly sold-out crowd? By the bucket. …Church proved while he sings about being an outsider, he’s mastered all the tricks of a superstar act.”

·      “Full to the last rows, the arena held an audience of 17,000, a crowd that rivaled those at the arena for Bruce Springsteen and George Strait,” wrote Kevin Coffey of the Omaha World Herald.

·      “[Church]… pulled out all the stops with that in-the-round stage and tricked it out with a floating drum kit that descended from the riggings, two catwalks that extended into the crowd and hundreds of lights, including a dozen or so mounted to hydraulic scissor lifts,” wrote Ross Aihala of St. Paul’s Pioneer Press. “But Church managed to bring as much of a human touch to the proceedings as possible, and used all that technology to get closer to his fans. And his fans responded in kind, lavishing him with the sort of rapt attention rarely seen at a big, drunken country show.”

Church’s current album, The Outsiders, debuted at No. 1 on the Billboard Top 200 Albums Chart and the Billboard Country Albums Chart earlier this year, featuring his No. 1 hit “Give Me Back My Hometown” and his new single “Talladega.”  The Outsiders is the follow-up to Church’s Platinum-certified album Chief, (named the 2012 Album of the Year by both CMA and ACM, and GRAMMY-nominated for Best Country Album) which featured five Top 20 singles: “Homeboy” (certified Platinum for sales in excess of one million singles); the Top 10 “Like Jesus Does” and the Top 5 “Creepin’” (both certified Gold for sales in excess of 500,000 singles each); and two No. 1 hits “Drink in My Hand” (certified Platinum) and “Springsteen” (certified Double Platinum for sales in excess of two million singles). Church’s 2006 debut album, Sinners Like Me (2006) and his sophomore album Carolina (2009) are both RIAA Gold-certified. Carolina had three hit singles: the Top 10 “Hell on the Heart” as well as Top 20 hit “Smoke A Little Smoke” and Top 10 smash “Love Your Love The Most,” which were both certified Gold. Sinners Like Me spawned three Top 20 singles: “How ‘Bout You,” “Two Pink Lines,” and “Guys Like Me.” Visit www.ericchurch.com for more information. Follow Church on Facebook at www.facebook.com/ericchurch and on Twitter at twitter.com/ericchurch.#TheOutsidersLive
Posted by LovinLyrics at 7:10 PM