KENNY CHESNEY TAKES THE BIG REVIVAL ON THE ROAD 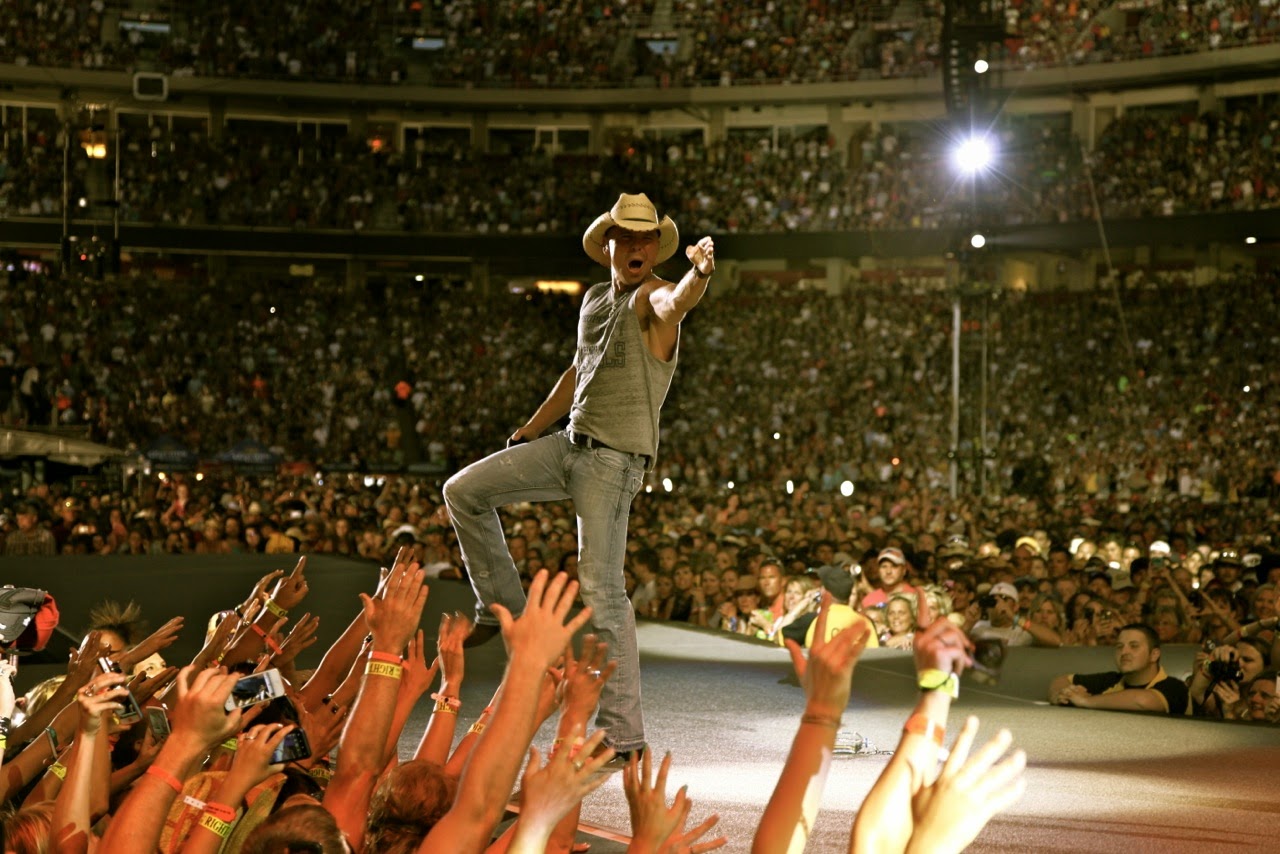 NASHVILLE, Tenn. (Oct. 24, 2014) – After a year making The Big Revival, his 13th #1 Country Album debut, Kenny Chesney is ready to get back to the fans. With the multiple week #1 “American Kids” and “Til Its Gone” currently sitting at #18 on Billboard’s Country Singles chart, his new music has reinvigorated the No Shoes Nation.

Now Chesney returns to where he draws inspiration, energy and a reason to believe in the power of music: his 2015 tour! The man The Wall Street Journal deemed “The King of the Road” mixes it up playing arenas, amphitheaters and stadiums. He kicks off on March 26, his birthday in Nashville -- and also teams with presenting sponsor Corona Light to do it.

“I can’t think of a better way to celebrate,” Chesney, who confirmed he’s bringing The Big Revival Tour to America today on ABC's Good Morning America, says. “I’ve been ready to get out there for a long time. Now that we’re announced I’m fired up! This new music brings a new energy to the show, and it’s gonna take what we do to a whole other level.

Impressive considering each of his headlining tours since 2002 has sold over a million tickets– making him the only country act in Billboard’s Top 10 Touring Acts of the Past 25 Years. That’s a strong showing, given Chesney’s only been headlining half that time.

“We’re going to be mixing up the line-up, too: different markets will have different acts playing with us. A few will be on all the stadium shows, some doing pieces – but I promise everybody who’s coming out rocks hard, and understands turning a crowd on.”

Chesney knows how to pick’em. Over the years, Keith Urban, Miranda Lambert and Carrie Underwood have supported Chesney’s full-tilt tours, as well as beyond genre artists Grace Potter and Uncle Kracker.

“This is really about us and the fans... the fact that every year, so many people make their summer about coming to see us. I’ve missed that sense of community and that passion for the music. There’s gonna be some stuff from the new record and songs people haven’t heard in a while. There’s gonna be a whole lot of music and some surprises…

“I didn’t know if I could take the music as far as we were able with the album. That’s the beauty of giving things time to be what they’re meant to. We’re already working on next year’s video. I’ve seen the stage – and the lights. As the set list comes together, and we start locking down rehearsals, this is gonna be a wild night. I hope the fans are ready.”

Rolling Stone echoes that, saying The Big Revival “continuously brings a sense of musical energy and emotional urgency...” and Billboard raved it “captures the zeitgeist of American youth in a way that John Mellencamp once owned.” Look for this year’s tour to offer the same kind of energy, intensity and excitement.

“Because of the number of artists we’re pulling into this tour, the roll out is a little trickier, but I think it’s going to be worth the wait and the finding out. Rather than locking in one thing, I wanted to make each market the best it could be. People will be fired up when they see who’s playing where. That means, there’s more news to come... A lot of our favorite cities are on the list, so are some places we’ve never been. Get ready!”
Posted by LovinLyrics at 11:45 AM