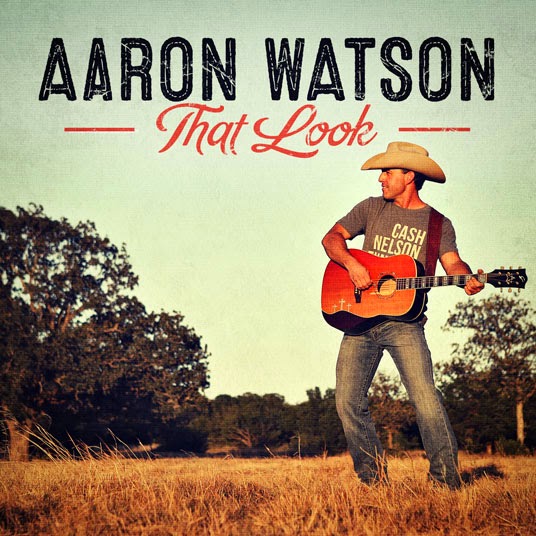 Purchase "That Look" on iTunes, Amazon and Google Play

Aaron Watson’s latest single “That Look” is the most recent offering from the prolific red-dirt native whose previous contributions include 11 albums in a dozen years, where he sings with names such as Willie Nelson, Justin McBride, John Anderson and a whole sundry of others.  That’s just from his 2012 album “Real Good Time” and doesn’t even cover all the talent that’s present on there.  At 35 Watson has spent nearly a third of his life in the music business and you can tell, as he sings with the confidence of a seasoned professional here.  He’s singing about the girl he’s with, the one that gives him “that look” the little mischievous “come on over here boy” look.  If you wonder who that girl is, it’s none other than his wife, Kimberly Watson as he wrote this for her.  “When she’s good, she’s good but even better when she gets that look.”  A serenade in a Texas velvet voice.  “That Look” is the lead single off of his upcoming album “The Underdog.”  He compares them throughout the song how she’s so “calm and collected” and he’s ready to “paint the town.”  The calm and collected part is all anyone else sees, it’s only him that she sees that little bit of wild side she saves for him.  Music and white wine helps that look come right out though.  Aaron Watson is touring mostly in the Texas and surrounding areas but has a couple dates in Vegas, Colorado, Arizona and California in the coming months.