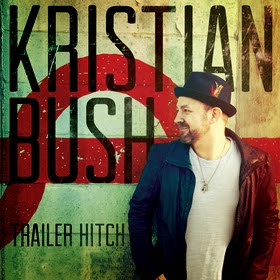 Multi-platinum recording artist Kristian Bush will kick off Monday morning with a special performance of his Top 40-and-climbing hit “Trailer Hitch” on NBC’s TODAY show (10/27). Bush recently released the music video for his infectious single, “Trailer Hitch,” which made its world premiere on CMT. To catch some of the exclusive behind-the-scenes, click HERE.

"Trailer Hitch" brings Bush’s voice front-and-center and is the lead single from his forthcoming debut solo album. Executive produced by Byron Gallimore, the album will be released on Streamsound Records.

For tour dates and more information, visit www.kristianbush.com.
Posted by LovinLyrics at 1:34 PM