Crystal Yates, the Texaco Country Showdown 2014 Winner has released 'Goodbye Letter', a lonely song about the pains of infidelity 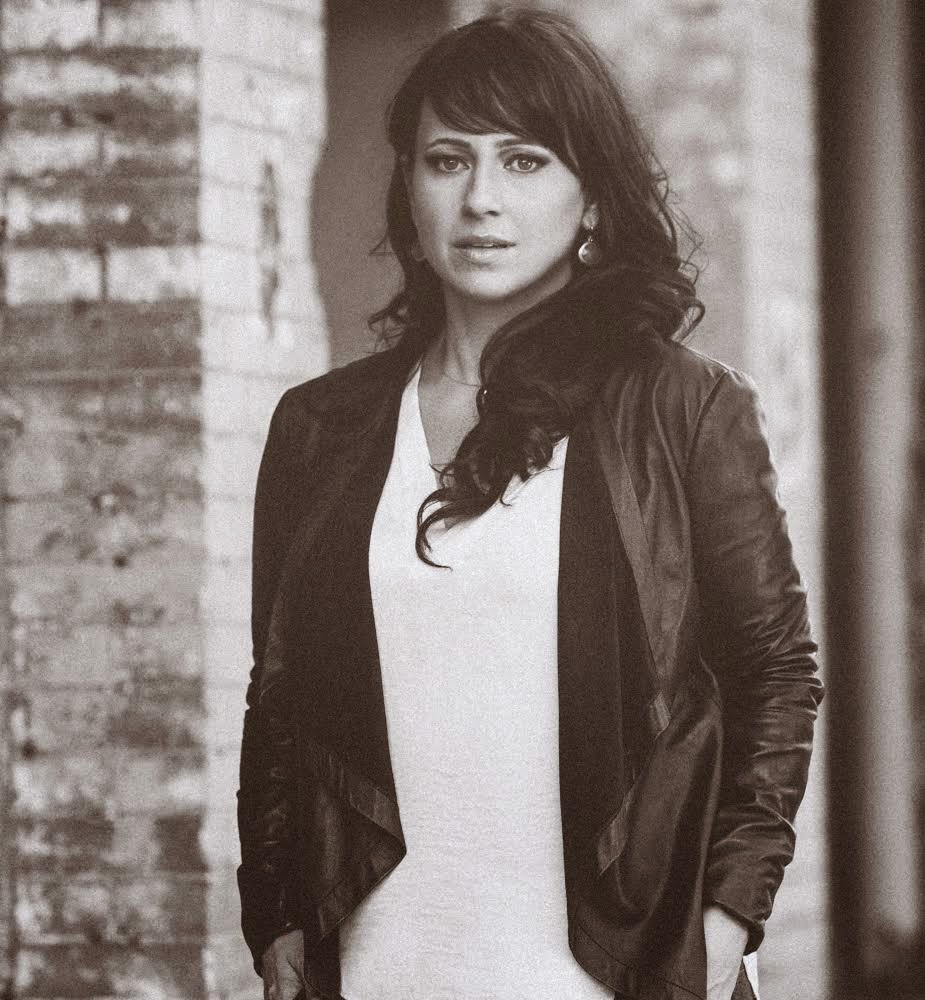 Inspiration behind the song- I had recently been helping a friend who was going through a divorce, and I wanted to write something that would inspire her to acknowledge the pain, but be hopeful and be encouraged to move on to better things.  Being loved, and then lied to and cheated on is the nucleus of any good country song, so the idea of the ex moving on and doing whatever he wants, but it wasn't going to be with her, just evolved into the idea of Goodbye Letter.  2 of my dear friends and incredible writers, Jack Doyle and Jennie Lee Riddle helped craft it into what the final version is now.

On creating the video- I really wanted someone who could help us craft a story, something that would portray the subject matter of the song, but also I had this idea of getting out the fantasy of every woman who's been cheated on; throwing all his stuff away, breaking his stuff, burning everything.  Those idea snippets were all I had, and then we were introduced to our wonderful director, Jon Collins.  He's got such an incredible track record (Sarah Jaffe, Midlake), and his work is so creative and relevant, and on top of that he really enjoyed the song, so when we found out he wanted to be involved, we were so excited.  His enthusiasm and ideas were incredible.  It was really Jon who tailored my scattered ideas into the final form, and he came up with so many little details that made the whole thing magical.

Shooting the video- Jon and his crew brought such an incredible level of professionalism and creativity, but most importantly, there was ZERO ego and such a collaborative spirit every single day of the shoot.  Even though the days were long, (for every minute of video there was about a 12-14 hour day), the whole crew was tireless and energetic, and everyone helped out everyone whenever they could. I got food for everyone when I wasn't on camera, my husband helped clean leaves out of the pool and vacuumed up feathers, and there wasn't any sense of frustration or any attitude of being sick and tired from any one; it was genuinely a wonderful experience!

- The truck in the video, was a friend of ours, and is affectionately named "Harold".  It's a 1972 GMC, and had manual brakes, which are very hard to push down to bring the truck to a stop.  Our friend and model in the video could barely press them to make it stop even when she was driving slow.  So the scene in the video where the truck pulls into the pasture, stops quick, and dust flies up, that's actually my husband driving the truck, haha!

- On the first day of shooting, we noticed that Amanda, the props girl, had placed all of these books scattered around the living room as if the girl had thrown things around.  While they were getting setup for the first shot, I was checking out the books and was very impressed that the titles of the books were all relevant to the songs.  Titles like "Brokenhearted", "All That Remains", "Moving On", etc.  I thought that was such an incredible subtle yet meaningful attention to detail, and I went to compliment Amanda on what a great job she had done.  Then she looked confused at me, and went in to investigate the books herself.  Turns out, she hadn't planned that at all, she had just gone to Half-Price Books and gotten a bargain box called "Books By The Yard"; basically $20 for all the books they can fit into a 3 foot box.  She had no idea of the titles, and they had been completely picked at random!  We were all so amazed!

- Our friend in the video, Kait, we had just met at another friend's house almost 2 1/2 years ago.   We had just written Goodbye Letter and wanted to share it with everyone.  All of the folks at the house seemed to like it, but Kait seemed a little quieter and withdrawn.  Later on as we were leaving, she came out to us on the driveway and asked that if we ever did a video for that song, she'd love to be involved, since she had been through a similar situation.  We said "Of course", but in the back of mind I was thinking "IF...we ever do a video.  No idea if that will ever happen".  But we were very grateful, and my husband and I talked about her later, and she is, of course, very beautiful, but also she was emotionally invested in the song, which would make it special for her, and so of course we would have her involved.  Then, about 3 weeks later, we found out from another friend that Kait is a professional model, and has been doing that for many years.  Well, that made it so much more incredible, because in addition to being able to relate to the song, and being pretty and photogenic, as a model, she would naturally understand all the nuances of portraying emotion on camera.  That's not something I can ever explain to someone how to do, so when it came time to do the video, she was such a perfect fit.  And as it turns out, Kait had never done any sort of live action work before.  But she was so natural and effortless, and nailed everything in the first or second take.  Everyone involved was super impressed at how good she was!!

- For the guitar smashing scene, my husband had found a guitar on Craigslist for $10 or something.  During the scene where Kait smashes the guitar on the tree, she had a hard time getting the guitar to start breaking, but once she got it going, she REALLY got into it.  The director, Jon, was about 30 feet away, and he yelled "CUT", and Kait kept going..she didn't hear him.  "CUT!!"  Still smashing that guitar away!  "KAIT, CUT!!"...she was still smashing it!!  Finally one of the crew, Wally, had to run out to her and tell her to stop, she had smashed that guitar down to a nub!  Definitely gave Garth Brooks and Pete Townshend a run for their money!!!


- Video release- I really think that more people than we realize can identify with the subject matter of this song, and it's my hope that everyone who's been through this type of situation can find some comfort and a hopefulness of looking to the future in their moving on.

Posted by LovinLyrics at 7:59 PM