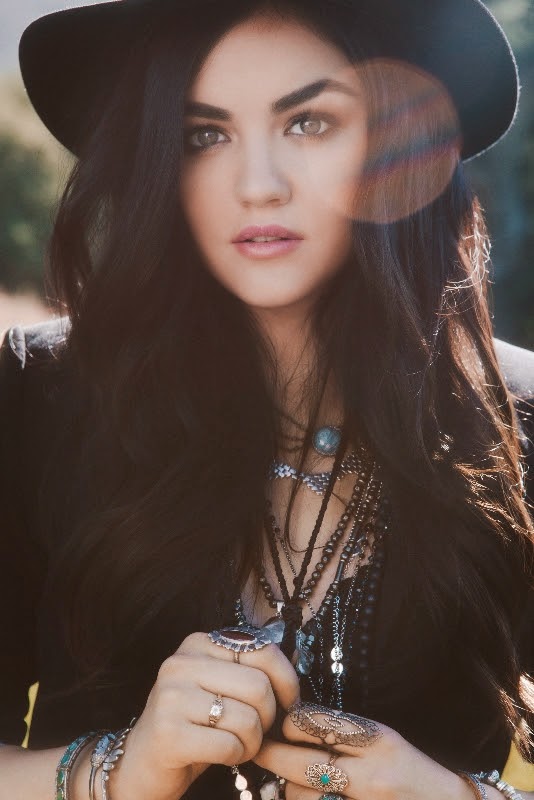 Nashville, TN – October 2, 2014 – Rising country music singer and Pretty Little Liars actress Lucy Hale was thrilled to find out that she will be appearing on The Ellen DeGeneres Show, as evidenced when Hale tweeted to her more than 4 million Twitter followers “SO Excited! I’ll be performing on the @TheEllenShow on Oct 7th! Hope I get to dance with you Ellen #LucyOnEllen.” Fans can tune in to the catch Lucy’s much-anticipated performance of her new single, “Lie A Little Better,” on Tuesday October 7th. Visit www.ellentv.com to check local listings.

“Lie A Little Better,” from Lucy Hale’s recently released debut album Road Between, is gaining quite a bit of attention as it was crowned five-time champion in the fan-voted Taste Of Country Showdown. The music video, filmed at the Opry House the same weekend as her Grand Ole Opry debut, has amassed more than 1.5 million views. Earlier this year, Lucy earned the distinction of being named one of CMT’s “Next Women Of Country” and will perform as part of “CMA Country Christmas,” taping November 7 and airing this holiday season on the ABC Television Network. Tickets for “CMA Country Christmas” are on sale now and can be purchased at CMAChristmas.com.

While Hale made her mark early on as an actress, best known for her role on the hit ABC Family drama "Pretty Little Liars," music was always her first love. The Memphis born and bred singer’s debut album, Road Between, was released by DMG Nashville on June 3. Learn the latest about Hale on Facebook and follow her on Twitter and Instagram to find out more about her single, album and touring plans.
Posted by LovinLyrics at 12:29 PM