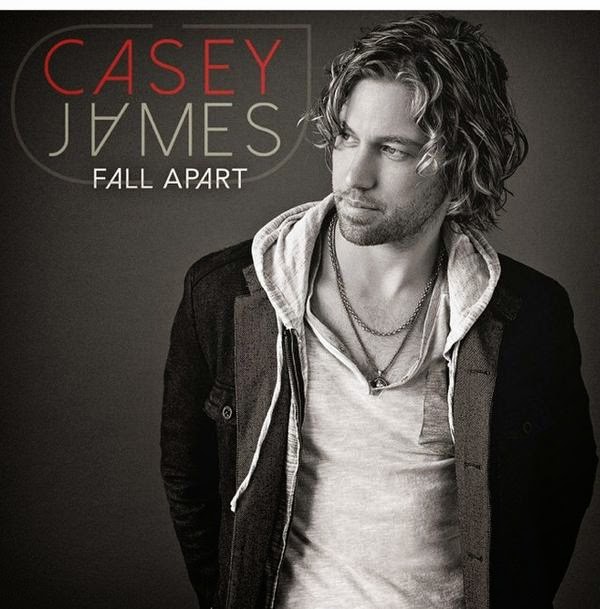 Casey James’ latest single “Fall Apart” may be his best song yet. It’s been years since we’ve seen James’ American Idol start and he’s steadily been making a name for himself. This is his third single after “Cryin’ On A Suitcase” and the steamy “Let’s Don’t Call It A Night.” By no means a happy song, this is James’ take on “getting over you after the break-up” song. He’s fine with all the pictures, the sleeping alone, the memories don’t overtake him anymore… But when he runs into her and she’s physically there, it all comes flooding back. As he puts it, “I go a little crazy, tell myself I gotta breathe, try to get my heart to beat…” The writers behind this wrenchingly honest song are Josh and Zack Carter of the duo Kingston along with Will Bowen. This is the first release for James in 2 years, after his self-titled debut album. This will be the lead single off his sophomore album whose release date is yet to be known. Though he didn’t write the ballad, he feels a personal connection to it and feels as though it has spoken about his life and years past. As many have done before, he has sought out the music that describes him and his life better than his own writing could. He writes a lot of his own music (Let’s Don’t Call It a Night) but when he finds songs that feel like him and the sound he wants to create he goes with it. (Credit to: Rolling Stone Country “Hear Casey James’ heartbreaking new single “Fall Apart”) A surefire hit for James, as a taste of what is to come from his sophomore album this bodes well for everyone involved.

Posted by LovinLyrics at 7:20 PM

!!!The best song ever, will b number one

Great song from Casey it is delivered with such passion vocally and musically just superb. Wonderful song sure to be a hit

Just love Casey's new single!!! He is an awesome Talent!!