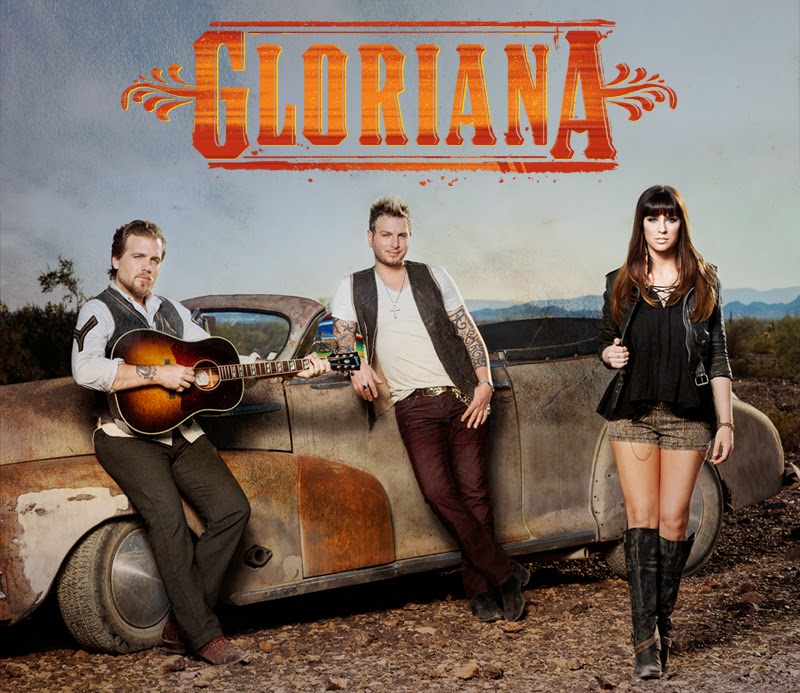 Gloriana’s latest single “Trouble” follows their sophomore album “A Thousand Miles Left Behind.”  Rachel takes lead vocals on this one.  Gloriana tends to trade lead depending on the song, which considering that both the Gossin boys Tom and Mike and Rachel Reinart are incredibly talented seems a good business practice.  One that rewards both audience and band.  I love how this songs starts out as a whiskey/bourbon comparison.  The background of this song, the whoa whoa’s with the force of the guitar and the thump of the drum only serve to amplify this song and the vigor present.  The intensity of this song, a “be careful who you piss off” song is what Band Perry has become so famous for.  Especially comparatively, Gloriana has previously been renowned for their lighter, poppier sound in country music.  It’s very interesting to see them branch out and explore what they can do with their music.  They’ve had previous hits with “Wanna Take You Home,” “Kissed You Good Night,” “Can’t Shake You” and “Carolina Rose” I see no reason why this won’t this won’t jet up the charts as well.  As a foray into a darker side of the normally sweet Gloriana, I say it will have resounding success.  Not only is it a story for a girl saying all of this to a possible sweetheart, it’s also the band saying “Hey so we’ve done the sweet stuff, it’s sounded great and we’ve had great success and while we are that we’re not only that.  We’re also this and we have so much that you’ve yet to see.”  You can catch Gloriana on tour in November, where they will be spending the month touring to Uncasville, CT, Wilkes-Barre PA, Chapel Hill, NC, and Fort Myers, FL.

Posted by LovinLyrics at 6:57 PM