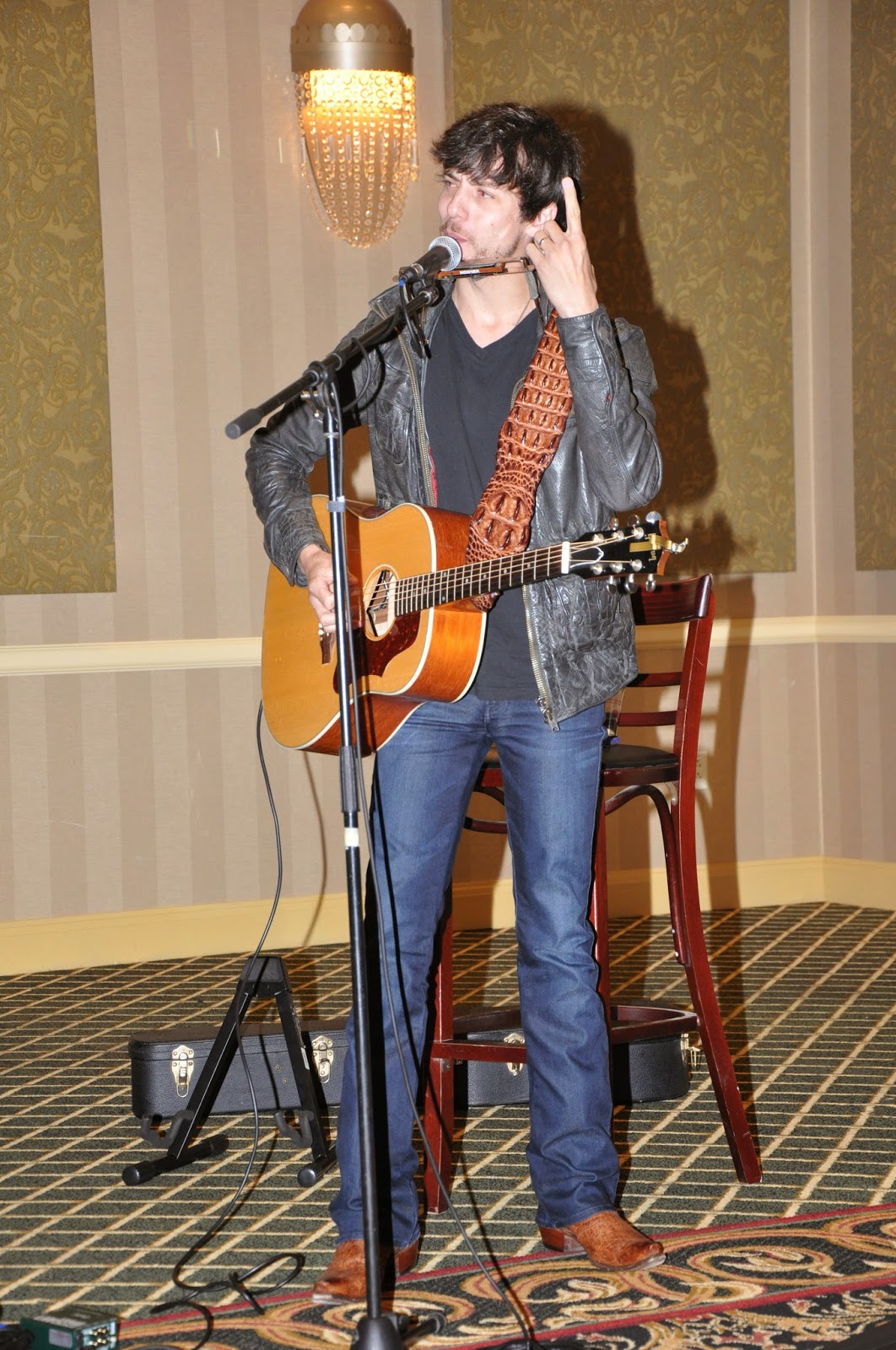 
NASHVILLE, TN (October 23, 2014) – Country music entertainer and BMI songwriter Chris Janson charmed attendees with his musical performance at the fall conference of the International IdeaBank Conference in French Lick, IN on October 14th. While closing the night banquet at French Lick Resort, Janson performed many of his hits including, “Better I Don’t,” and Tim McGraw’s “Truck Yeah.”

The International Broadcasters IdeakBank is a membership driven organization of commercial radio broadcasting owners and managers, that share knowledge and best-practices amongst their membership.

Janson has garnered national attention for his energetic live performances, as he was noted by Billboard Magazine as “The New Wave of Country Music,” “Artist Worth Your Attention,” by The Boston Globe and “Best Live Show” by Rolling Stone Country. While playing more than 100 shows this past year, the singer has reached capacity crowds at multiple tour stops. This summer, he made his mark at major festivals such as Country Thunder, We Fest, Creekfest, as well as Deer Assic Classic, and has opened for some of the biggest names in music including Lynyrd Skynyrd, Florida Georgia Line, Hank Williams Jr. and Haggard. Since his Grand Ole Opry debut last year, Janson has been asked to perform on the coveted stage over 65 times.
The talented songwriter began writing at 18-years-old, and has scored cuts with notable artists such
as Tim McGraw (“Truck Yeah”), Justin Moore (“Off The Beaten Path”) and Parmalee (“Back In The Day. The Perryville, Missouri, native first broke onto the Nashville music scene when he landed a year long, four show a day gig at Tootsie’s Orchid Lounge on Nashville’s Lower Broadway.

Get a taste of Janson’s life on the road here.
Posted by LovinLyrics at 6:46 PM