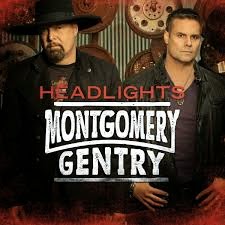 Previously known for a string of hits such as “Back When I Knew It All,” “Hell Yeah” and “If You Ever Stopped Lovin’ Me,” this most recent single of Montgomery Gentry’s is sure to follow suit. Heavy on the electric guitar without sacrificing the vocals, Troy Gentry and Eddie Montgomery manage to deliver a night of partying, directions included.  All you have to do is “follow those headlights.”  A pre-game of a song if ever I’ve heard one, this song will get you excited for the night and party ahead.  Just make sure not to pre-game too hard before you “take it to the riverside” because this one’s going to last until you see sun.  A night full of music cranked up and beer drank down with everyone reveling in the heat, this surely sounds like a night that’s wonderfully common and all too memorable.  The party hardy and rock harder vibe has never been absent from the duo’s music and here it’s even further amplified.  A summertime anthem making its debut at the start of fall, this one’ll have to be played indoors until we again reach sweet summertime.

Keep up with Montgomery Gentry online: