WAY BACK WHEN WEDNESDAY: "BATTLE OF NEW ORLEANS" - JOHNNY HORTON 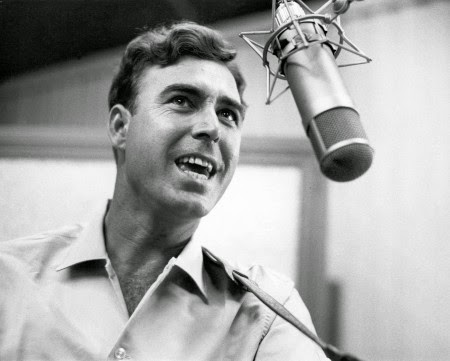 Perhaps my oldest favorite country song, reaching further back than ever before, past the hair bands of the ‘80’s and the hippified eras of the ‘60’s and ‘70’s all the way to “The Battle of New Orleans” by the one and only Johnny Horton.  Way back in 1958, Jimmie Driftwood had written “The Battle Of New Orleans” sung it and released it on “Jimmie Driftwood Sings Newly Discovered American Folk Songs.”  What is so impressive about Jimmie Driftwood was that he started as a schoolteacher songwriting to help his students to learn and retain the subject matter at hand.  By the end of it he had written over 5,000 songs, the most famous being “Battle Of New Orleans” sung by Johnny Horton.  Released in 1959 by Horton, it managed to shoot up both country and pop charts at the time.  There was actually a “Battle of New Orleans” and History teacher Driftwood wrote and sung the song as a way to “help his young students distinguish between the events of the Revolutionary War, the Civil War, and the War of 1812.”  (Credit to: Allmusic’s biographer Bruce Eder Jimmie Driftwood Artist Biography) If you’ve listened to this song you can easily see this and possibly it’s helped with your own history retention and clarification.  Another thing that I very much enjoy from this song is that it’s incredibly upbeat while still maintaining a great story and a great song.  Historically, people have criticized and generalized country music, especially in its older days for only being of the downtrodden.  “All I hear when I listen to country is a depressing song about stolen banjos and losing my wife and dog!” cry the woefully uninformed.  Thus they refuse to listen, solely attributing that stereotype to all of country music, or all of older country music.  While there is a lot of heartbreak in country music, there are a lot of high energy songs as well. This is a great example of that and such a fun song to listen to!  Truly standing the test of time at 65 years and kickin’.