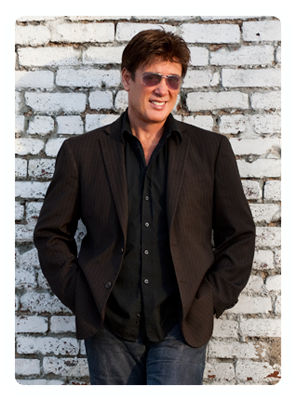 “Here’s an event that is just plain fun,” said organizer Jim Nix of Horizons Financial Insurance Group. “Plus, it’s for a great cause! All profits plus $5 of every ticket goes directly to ‘Singing for a Change’, a charity started by Jimmy Buffett 15 years ago to help communities make positive change.”

“It’s a concert filled with hit after hit after hit,” said Mike Mashburn of Horizons. “Just take Confederate Railroad. Songs like ‘Elvis and Andy’, ‘Trashy Women’, ‘Queen of Memphis’, ‘Jesus and Mama’ and ‘Daddy Never Was the Cadillac Kind’ just to name a few has made this band legendary!

“Then, you have Ronnie McDowell with over 11 million records sold. Songs like ‘Older Women, ‘Watching Girls Go By’, ‘The King is Gone’, ‘Personally’, ‘Unchained Melody’ has made him one of the most successful music artists ever.”

Jim Carter of Horizons continued, “The Florida Boys will be there as well. Since 1947, the group has been at the top of southern gospel music. Then you have the Buffett influence of Coral Reefer Doyle Grisham who has worked with Jimmy since 1971. Also on Jimmy’s Mailboat Records label is Matt Hoggatt, who received national recognition with his song, ‘Dear Jimmy Buffett.’

“Nashville newcomers Amber Hayes, Lee Gibson, Tara Priest, and Kalisa Ewing are also on the bill to round out one incredible night.”
American Legacy Tour producer Danny Rasberry said he had a reason for putting the acts on the road.

“It’s about positive change. Last year, we gave money to the ‘homeless veterans’ cause. We run the tour around Veteran’s Day to honor their service and to show our grateful appreciation for their sacrifice in making our world safer and free. In addition, we’re thrilled to have Horizons Financial Insurance Group host our event.
“This concert is fast moving and is full of great music and national talent. Hard to find this type of entertainment on any stage and we’re happy to bring it to WorkPlay in Birmingham this November.”

Tickets are on sale by going to www.americanlegacytour.com or at www.workplay.com. For additional information call 205-871-7743.
Posted by LovinLyrics at 11:20 AM