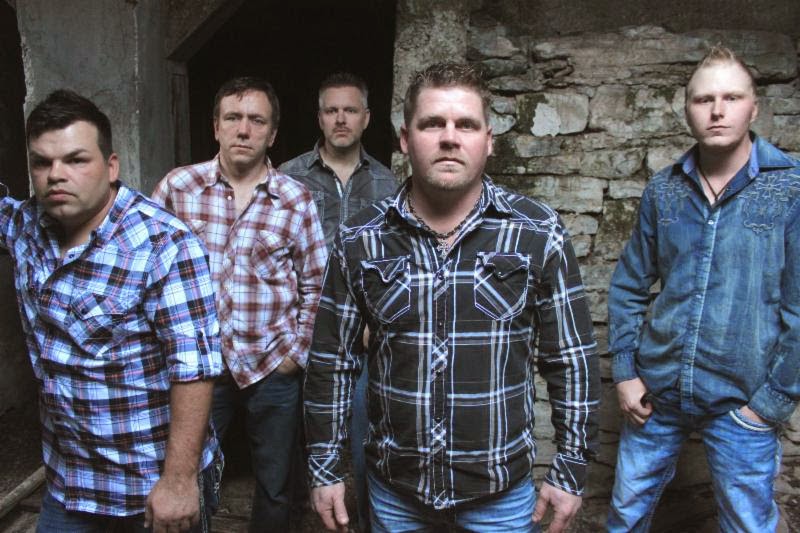 (Nashville, TN) November 5, 2014 - Country band, LiveWire, is celebrating the success of their current hit single, "Drivin' You Outta My Mind." The independent release, on Way Out West Records, has accomplished a rare feat in today's radio world. The single has climbed to the upper reaches of multiple radio charts, including the MusicRow CountryBreakout Chart where it is at #28 this week (10/31), following an amazing run on the Texas/Red Dirt charts, where it recently occupied the #9 spot for 3 consecutive weeks on the Texas Regional Radio Report and landed at #11 on the Texas Music Chart.

"We are so proud of this record," says co-writer and LiveWire lead singer, Andy Eutsler. "We are basically a 'Heartland' band.  We write most of our own music, we play and sing our own parts in a studio in Missouri near where we all live. So, the fact that we can keep it more real and true to who we are and have people accept it across multiple radio formats is a real kick. It validates that we are on the right path for us."

Band manager and co-producer, Clif Doyal agrees. "By doing everything in-house on the creative side and carefully managing our outsourced radio promotions teams, we're able to keep our costs low and still compete with much larger labels. The plan from the beginning was to stay true to LiveWire's sound and brand. They appeal to a wide range of Country and Southern Rock music fans, and by following their own path, they avoid many of the pitfalls that come with chasing the latest trend."

And the strategy is paying off. "Drivin' You Outta My Mind" has helped LiveWire to gain a stronger foothold in several new markets outside of their home base  - both as recording artists and as a concert act. The band capitalized on this higher profile exposure on the recent "Drivin' You Outta My Mind Tour" where they performed in multiple states over the summer at fairs, festivals, casinos and clubs.

Major media outlets have also shown strong support of the independent group's music: "Drivin' You Outta My Mind" was premiered by Roughstock and the music video was exclusively debuted in a feature article in Billboard. Along the way, the song and band gained strong kudos from MusicRow, the Texas Music Chart, Music News Nashville, NASHVILLE IQ, GotCountryOnline, CDX, OneStopCountry.com, and from the Texas Regional Radio Music Awards, where they were 2014 nominees for "New Duo/Band/Group of the Year."

The song also landed LiveWire an endorsement from Dangerous Motors of Cushing, OK, who restored and rebuilt Eutsler's classic red 1967 GTO for use in the music video which topped the "Most Watched" Y'allturnative and All Genre charts at Yallwire for multiple weeks, and gained placements at CMT.com and ZUUS Country.

"Drivin' You Outta My Mind" is the lead single from the band's forthcoming album and was written by Eutsler, Danny Bell, Landon Rolfe and Nashville hitmaker, Johnny Bulford. The song was co-produced by Paul Carabello, Justin Woods and Doyal. The group is currently busy writing and listening to outside songs for the follow-up to their critically acclaimed 2012 debut album, LIVIN.'


For more information about LiveWire, go to: http://www.livewirecountry.com/