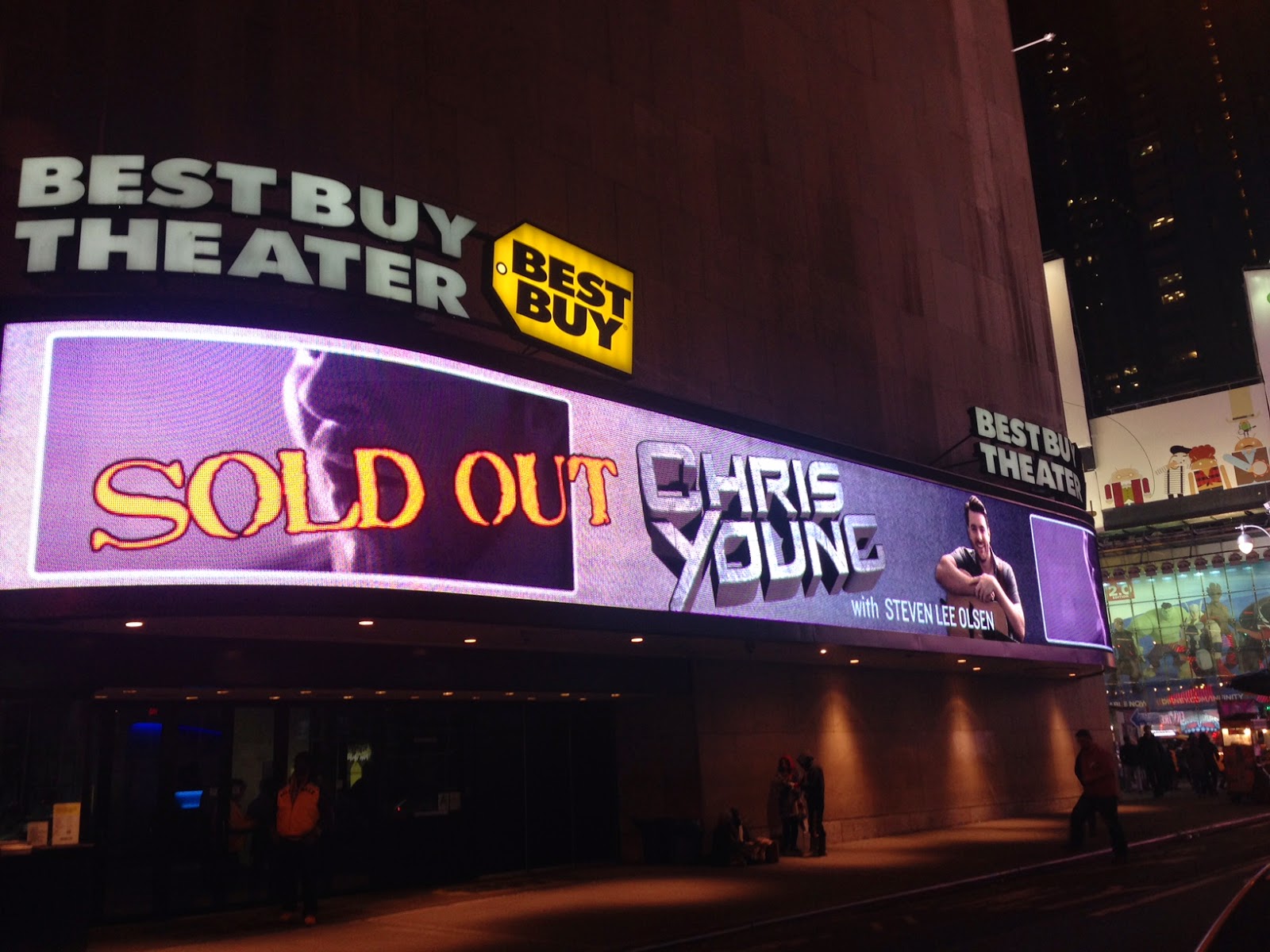 Nashville, TN – November 17, 2014 – “If I haven't made it clear...I love New York. #thatisall” read a recent tweet from Chris Young. The Big Apple showed its love in return for the RCA Records singer/songwriter, with fans packing a sold-out headlining show at the Best Buy Theater last Friday, his first stop in the city in nearly two years.

The tour date capped off an impressive run in New York City, which also included the 29 year-old singer’s debut appearance on the “Late Show With David Letterman,” performing his latest smash “Lonely Eyes” from his fourth album, A.M. 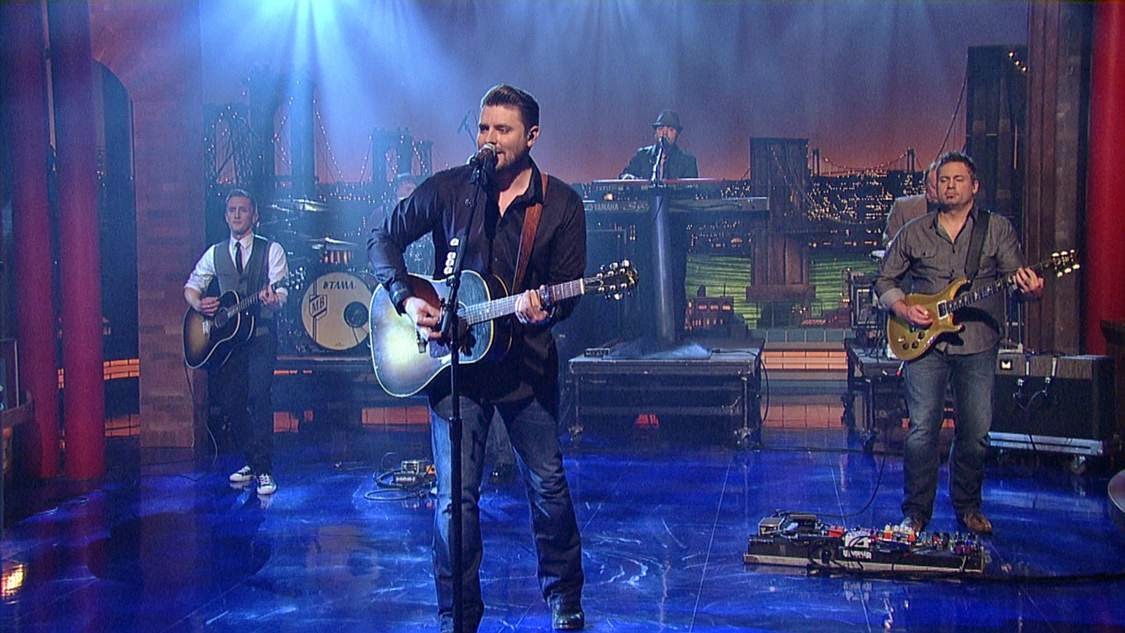 An avid sports fan, Young had the opportunity that same week to guest on SI Now to share his thoughts on Tony Romo and the Dallas Cowboys, as well as his occasional mistaken identity with the Seattle Mariners pitcher of the same name. Chris also made an unannounced appearance at the MLB Fan Cave in Manhattan last week, surprising several hundred fans with a pop-up show inside the venue as part of the concert series presented by Budweiser. Young’s MLB Fan Cave performance will be highlighted on MLBFanCave.com in the coming weeks. 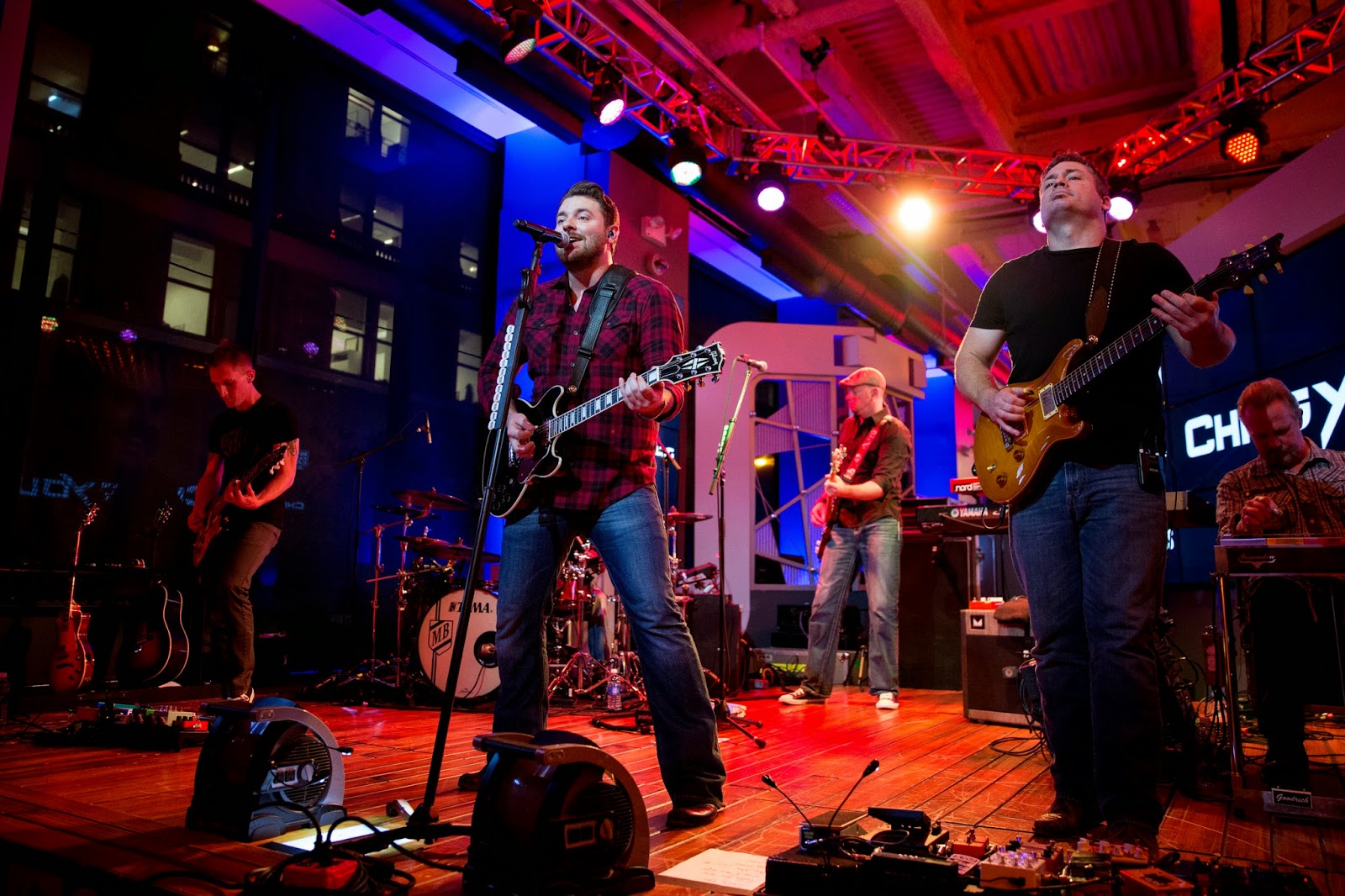 Chris Young’s latest album A.M. has already yielded his Gold certified, sixth chart-topper “Who I Am With You” and Top 5 hit and Gold certified single “Aw Naw.” His latest hit, “Lonely Eyes,” is quickly climbing the charts. Young has sold-out 21 headlining shows in the U.S. since this summer. The Grammy-nominated singer recently announced his 2015 A.M. World Tour, with dates set for Australia, Ireland, Germany and the UK. Join the conversation with Chris Young’s more than 2.2 million followers on Facebook, Instagram and Twitter and get tickets to catch him on tour at www.chrisyoungcountry.com.
Posted by LovinLyrics at 9:07 AM