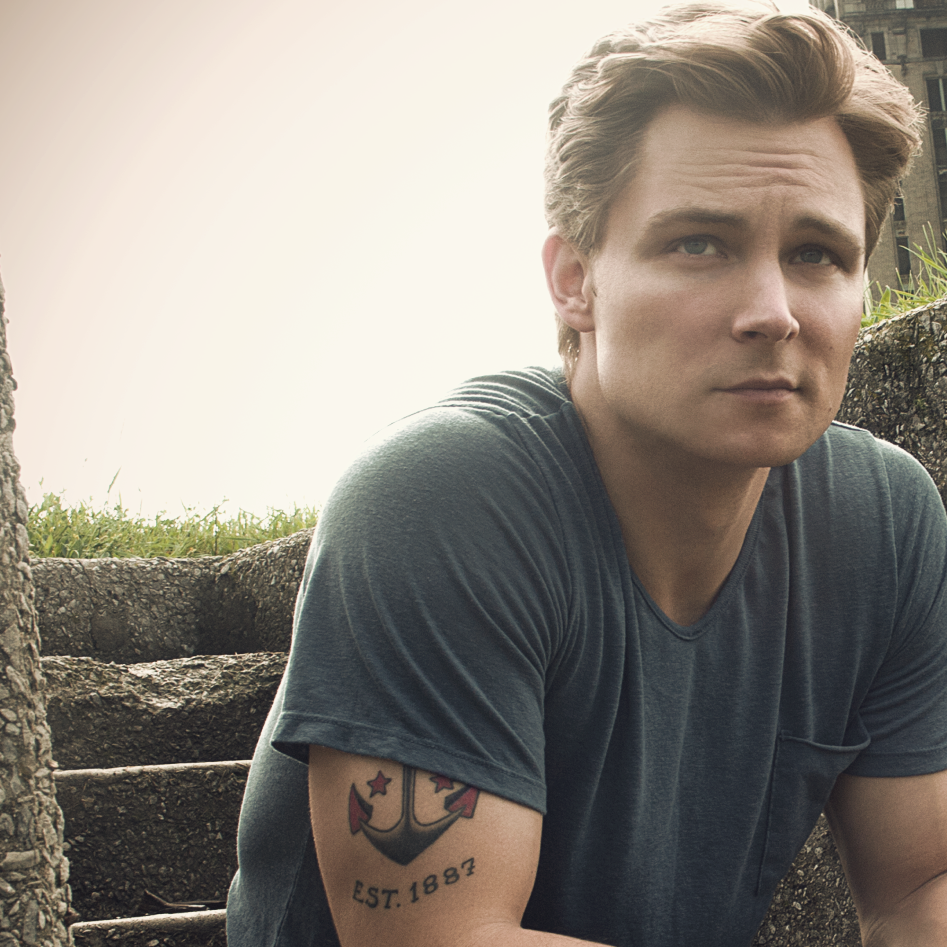 Nashville, TN (November 17, 2014) – Warner Bros. Records’ Frankie Ballard returns to the top with “Sunshine & Whiskey” taking the #1 spot on both the Mediabase and Billboard Country Airplay Charts this week. The infectious anthem marks the singer-guitarist’s second consecutive #1 smash and has sold well over 500,000 copies to date.
“I’m so grateful to be here at the top again! We’re still celebrating ‘Helluva Life’ and now we're back... I’m feeling VERY blessed! This is what you dream of and work for and I'm so grateful to Country Radio for playing my music and the fans for supporting me,” shares Ballard.
Ballard will celebrate with fans nationwide on his first headlining trek – LIGHT ‘EM UP Tour - as part of the exclusive Live Nation Ones To Watch tour with Skype. The run stops in 19-cities through December with upcoming shows in Houston, TX (11/19), New Orleans, LA (11/20), and San Antonio, TX (11/21). Recently, ROLLING STONE joined Ballard on tour to give fans an intimate look at his road life.

Ballard is basking in the success of “Sunshine & Whiskey” after making the move to Nashville in 2009 from Battle Creek, MI, to pursue music. Drawing on his working class values, he performed every chance he could and honed in his guitar and songwriting skills. He steadily built a loyal fan base and took the time to grow as an artist and an individual. All of these experiences culminated in the release of his current album, SUNSHINE & WHISKEY, which delivered his first #1, GOLD-certified smash “Helluva Life,” debuted in the Top 5 on the Billboard Country Albums Chart and was noted as “required listening” by ROLLING STONE. Produced by Marshall Altman (Marc Broussard), the album captures Ballard’s unique blend of blues-infused, country rock and his undeniable guitar prowess on every song. Previously opening for Jake Owen, Rascal Flatts, Kenny Chesney, Taylor Swift and longtime idol Bob Seger, the talented showman will amp it up even further next year on the Florida Georgia Line 2015 ANYTHING GOES Tour.

For more information check out FrankieBallard.com.

Keep an eye out on www.facebook.com/onestowatch for a chance to connect with Frankie via Skype on the road.
Posted by LovinLyrics at 9:11 AM