Holiday Single Arrives at Radio Nov. 17
First Seasonal Song Since 2003’s All I Want For Christmas Is A Real Good Tan 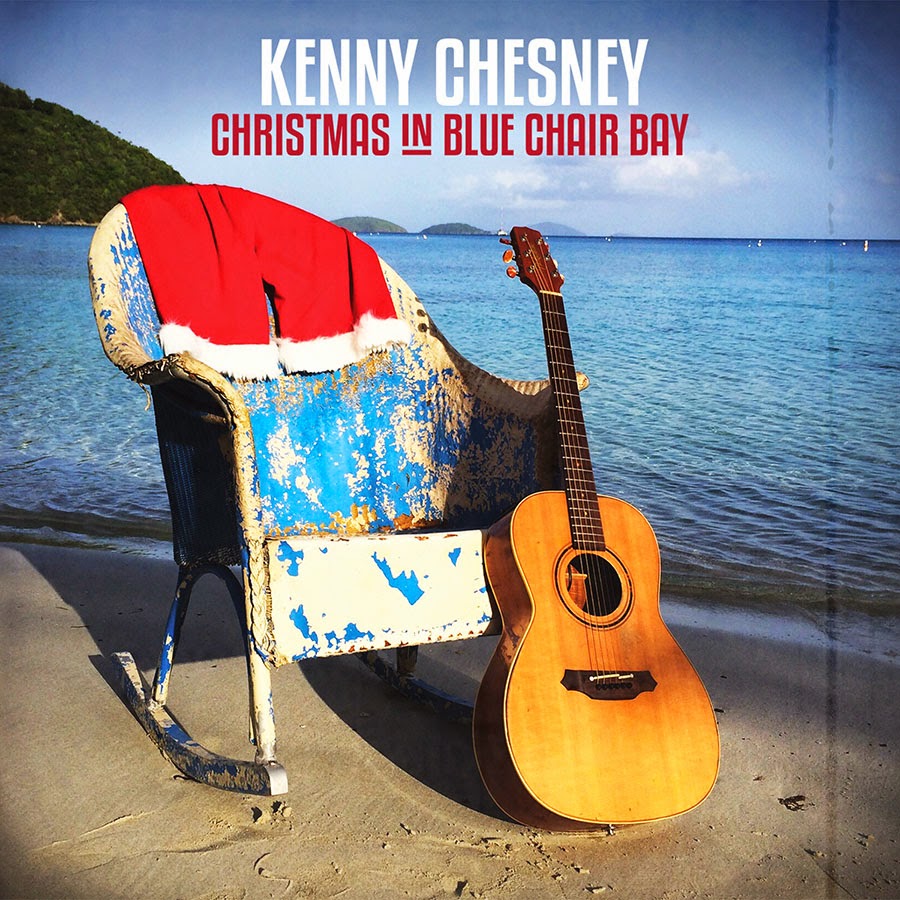 NASHVILLE, Tenn. (Nov. 17, 2014) – Kenny Chesney has always had a soft spot in his heart for the holidays. Whether spent in the Smokey Mountains or somewhere in the islands, the spirit of family, friends and good times are what it’s all about. And after a decade, the songwriter from East Tennessee dips his toe back into the holiday waters with the slightly Calypso, wholly acoustic “Christmas In Blue Chair Bay.”

“It seems like there are few times of the year when you can really unplug, really just be in the moment with your family and your friends – and celebrate how great life is,” Chesney says. “Over the last ten years, I’ve really come to appreciate that time off, and what those connections mean, and I wanted to share that feeling with my friends through music.

Kicked back, “Christmas in Blue Chair Bay” celebrates the chilled-out side of Chesney’s appeal. Taking it easy, loving life and painting a picture of a simple place where the emphasis is on what’s shared between people, it is a different kind of holiday song, but one that paints the fidelity among people with a genuine sense of warmth.

Produced with Buddy Cannon, this is Chesney’s first Christmas music since 2003’s nearly-Platinum All I Want For Christmas Is A Real Good Tan. Mixing originals with Willie Nelson’s “Pretty Paper,” Alabama’s “Christmas In Dixie” and Keith Whitley’s “Just a Kid” and classics “Silent Night” and “I’ll Be Home for Christmas,” its release caused lines so long at Minneapolis’ Mall of America three days before release it prompted the installation of heating units and porta-potties for the people waiting.

“I don’t know that anything I’ll ever do around the holidays will have that kind of response,” Chesney laughs about the album that also featured the debut of the Grigsby Twins on vocals. “But I do know that my family really loves Christmas – and I was in the mood, especially with the time I’ve been spending in Barbados with my rum, to try and distill how slow and sweet the holidays in the islands are when we can get there.”

For anyone who savors Chesney’s unique mix of sea salt, small towns, unwinding and enjoying life and the people you’re with right where you are, this song hits the nerve. As the lyrics invite, “Everybody raise a glass with me right now/ To all of those up in the snow from all of us down South/ ‘Tis the season for believing and faith and family/ I wish you were here with me...”

With “American Kids” already spending multiple weeks at No. 1, “Til It’s Gone” hitting the charts at No. 18 on add date and rising, The Big Revival is speaking to the fans in a way that celebrates the way they live. As his Big Revival Tour has already sold out 110,000 tickets for two shows in Boston in just twelve minutes, the 4-time Country Music Association and 4-consecutive Academy of Country Music Entertainer of the Year knows about settling in for the holidays to recharge what’s to come – and “Christmas In Blue Chair Bay” is the sound of good cheer and getting ready for the year ahead with 55 dates and a whole lot more music that just won’t stop.
Posted by LovinLyrics at 9:36 AM