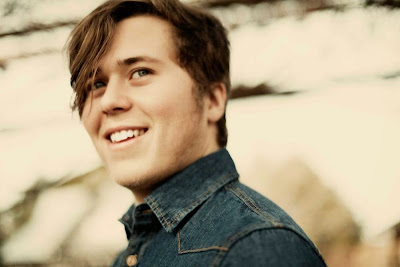 With one foot planted in the folksy, fiery twang of modern-day Americana and the other inching toward the rootsy rock & roll of early Sun Records hits, Christian Lopez is the sort of singer/songwriter who builds a bridge between the new and the old… and places his own music directly in the middle.

Raised in the eastern panhandle of West Virginia, Lopez grew up surrounded by bluegrass groups, jam bands, and Appalachian pickers. Maryland, Virginia, and Pennsylvania were all less than a 30-minute drive from his hometown, though, giving the young musician — who began playing piano at 5 years old before picking up the guitar at 9 — a wide range of sounds to draw from. "You've gotta read to become a good writer, and you've gotta listen to become a good songwriter," says Lopez. "I love groups like The Band and songwriters like Johnny Cash, Waylon Jennings, Kris Kristofferson and Willie Nelson. Angus Young [AC/DC] was one of my first influences, because of his passion and intensity onstage. There's a lot to listen to out there, and I've tried to blend that up in my own music."

Lopez began writing his own songs as a teen. Backed by a group of local pickers, he started touring before he could legally drive, usually with his father coming along as the band's tour manager and van driver. Lopez racked up a long list of accolades along the way, earning stints on the Warped Tour and the Belk-sponsored "Modern Southern Music" tour, which found him performing pre-show on bills with Zac Brown Band and Dave Matthews Band, all while still a teenager.

Lopez is still a teenager, actually. At 19 years old, however, he's grown into one of Americana's most promising newcomers, armed with songs that draw on his experiences living in the Mountain State, traveling the Bible Belt's venue circuit, and falling in (and out) of love. No wonder his distinctive voice and songs attracted the attention of producer Dave Cobb, the man behind critically-acclaimed Americana albums like Jason Isbell's Southeastern and Sturgill Simpson's Metamodern Sounds in Country Music. In April 2014, Lopez traveled to Cobb's Nashville studio to record Pilot, a five-song EP that also features his bandmate Chelsea McBee, an old-time banjo picker.  "I love representing West Virginia any way I can," Lopez says. "Not many rock bands have an old-time picker and a progressive rock rhythm section playing at the same time. It is the hint of Appalachia in the guitar, banjo and vocal harmonies that define the region where we come from."

Pilot is the product of a singer/songwriter who's ready to throw down the throttle and beat a raw, rootsy trail all the way to the horizon. Having gained recognition from a larger circle of fans and the music industry alike, Lopez is finally armed with a record that properly represents his talents, and he is ready to spread his unique blend of Americana rock to the masses.