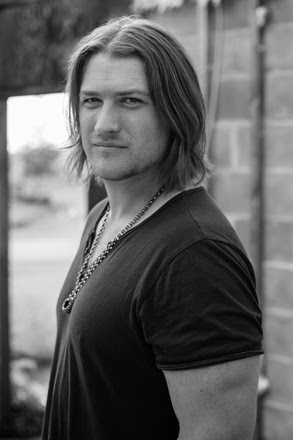 Nashville, TN (November 20, 2014) - Rising country star Billy Dawson always dreamed of playing the Dallas Cowboy stadium as a football player but little did he know after 25 years he would be playing the stadium as a musical artist. His childhood dream will come true when he plays a 45 minute set in West Plaza’s Miller Lite Stage at the Dallas Cowboys Stadium on November 27th. The full band performance will kick off Salvation Army’s pre-game show for the Thanksgiving day battled between the Dallas Cowboys and Philadelphia Eagles. Other entertainment at the game includes LeeAnn Womack performing the national anthem and Pitbull entertaining during half-time.
“My mom was praying the other day and the Lord reminded her of my desire to play for the Dallas Cowboys when I was a child. She told me the story and it brought back memories of the time we went to a Cowboys game and I was able to play on the field. It was so exhilarating running down the field and making a touchdown,” says Dawson. “I am pumped and overwhelmed to be performing a concert at one of my favorite places. I’m so thankful and blessed for this incredible opportunity God has given me.”

Dallas Cowboys fans may be familiar with Dawson’s music as two of his songs have been blasted over the loud speakers at games this season. “Go To Guy,” written by Amy Jack, Eddie Galan, Diana Williamson and Dawson and “Born To Lead,” the official theme song of the 2013 Lombardi awards, written by Amy Jack, Gannon Adams and Dawson, have became fan favorites at stadiums across the country including the world famous Cowboys Stadium, "Born To Lead" is availble now on iTunes. Thousands of people are expected to be in attendance. Mega group Rascal Flatts recently graced the same stage for a concert.

Lacy Leigh Photography and Saylor Productions will be onsite to document the concert.

He is currently in the studio working with Grammy award winning writer and producer Skidd Mills on a new album to be released in 2015.

Songwriting heavyweight Rivers Rutherford, who penned hits such as When I Get Where I'm Going (Brad Paisley and Dolly Parton), Real Good Man (Tim McGraw), These Are My People (Rodney Atkins) is a longtime supporter and mentor for Dawson.

The last 2 years, Dawson was invited to be part of the Pat and Emmitt Smith charities celebrity golf tournament as a celebrity along with other celebs Darius Rucker, Marcus Allen, Eric Dickerson, Alfonso Ribiero, Anthony Anderson, Michael Irvin, Jay Novacek, David Justice, Daryl Johnston, Trent Richardson amongst others. He was also invited to be a celebrity softball player in the Roger Clemens Celebrity Slam for charity at Minute Maid Park home of the Houston Astros where he and Toby Keith entertained.

In addition to his musical endeavors, Dawson is the author of You Never Know, the first book in a series of children's books focusing bullying, racism and other societal issues involving children (which is now available here (www.amzn.com/069228610.) He brings his book to life when he speaks at schools about the importance of respect and love in everyday life.

He was the winner of the 2010 "Get Discovered" (iHeart Radio/Clear Channel) National Competition and was featured live on the iconic Jerry Lewis MDA telethon in Las Vegas and on the airwaves for over four million viewers. He was included in iTunes/Tunecore best of Country 2010 album featuring Brantley Gilbert and Colt Ford.

For more information, visit www.billydawsonmusic.com.
Posted by LovinLyrics at 12:19 PM