WAY BACK WHEN WEDNESDAY - "I CAN STILL MAKE CHEYENNE" - GEORGE STRAIT 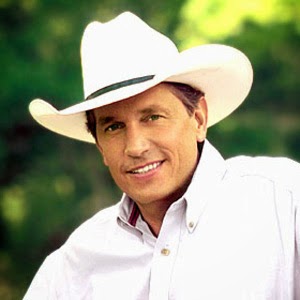 It’s almost downright frigid outside but inside we’ve got blankets, fires and whiskey.  Perhaps this song choice should’ve been “The Fireman” because that sounds like a near-lethal if warm combination.  Hopefully, it’s warm wherever this reaches you, dear reader.  Not even Thanksgiving yet and the snow and ice have prevailed bringing with them single digit temperatures and wicked winds.  A warmer weekend bodes less of a bite in the wind and more than a nip of something to keep the fires within us stoked.

This week’s feature, “I Can Still Make Cheyenne” has been one of my George Strait favorites for as long as I can remember.  The aptly named King George has had a tremendous olio of hits so deciding what curries favor over another is a difficult process indeed.  “I Can Still Make Cheyenne” was written by Aaron Barker and Erv Woolsey and released on Strait’s 1996 “Blue Clear Sky” album.  Barker has written for Strait since ’88 and continued a presence on Strait’s albums right up until the cowboy rode away.  Not only has he written for the King of country music, he’s also written for the King of Rock and Roll, Elvis Presley.  A singer-songwriter himself, Barker is now focusing on his own music.  Those that have written for multi-genre royalty are a rarity so make sure if you ever have the opportunity to catch a show not to miss out!  Still engaging in the music business from the business side of it, Woolsey remains Strait’s manager since the early days of his career.

“I Can Still Make Cheyenne” is about a cowboy torn between his two loves, bull-riding and the woman on the end of the line.  The adrenaline-fueled life leaves nothing but loneliness when those 8 seconds are over so he calls her tells her he’s alright and he’s coming home.  She’s not waiting any longer because she found someone that’s home and she doesn’t have to worry about.  As she had made the decision for him, his heart broke but for a moment before he headed onto Cheyenne.  He doesn’t fault her decision nor the time they’d had together, he simply tells her he’ll miss her and heads on his way.  Though not a happy song, it would appear they both go after what they want most.

Posted by LovinLyrics at 7:30 PM