LIMITED EARLY BIRD PRESALE TICKETS ON SALE
THIS FRIDAY, NOVEMBER 7 AT 10:00am EST 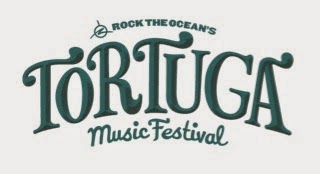 A limited quantity of Early Bird Presale tickets for the 2015 festival will be available online at www.tortugamusicfestival.com this Friday, November 7 at 10:00am EST. This public presale allows early supporters of the festival to purchase discounted tickets, including two-day General Admission for $139.00 each, two-day VIP for $579.00 each and two-day Super VIP for $979 each (shipping and handling fees may apply to each ticket type). Tickets will also be available by phone at 877.987.6487. A four-ticket purchase limit will be in effect. Additional details can be found via www.tortugamusicfestival.com.

Additionally, Tortuga Music Festival fans who’ve missed their opportunity to purchase merchandise at previous events will now have a chance starting today, with the launch of the festival’s online merchandise store at www.tortugamusicfestival.com. Merchandise supplies are limited.

Rock The Ocean’s Tortuga Music Festival, produced and promoted by HUKA Entertainment, is a two-day music and conservation festival on the beach featuring over two dozen of the hottest artists in country, rock and roots music. Created together with the Rock the Ocean Foundation, the event serves to celebrate the festival’s ocean side setting while raising awareness of issues impacting the world’s oceans and supporting marine research and conservation, as well as protection of the festival’s namesake – sea turtles that nest annually along South Florida’s Atlantic seaboard.

“We’ve heard over and over what a unique and special event Tortuga is from our artists, fans and the community,” says HUKA Entertainment co-founder and CEO A.J. Niland, “As a result, we’re challenging ourselves in our third year to ensure we continue to deliver on our success and provide the sort of world-class event everyone has come to expect.”

“The concept of marrying music and conservation has proven to be a winner,” adds Rock The Ocean founder Chris Stacey. “With this year’s event, we hope to take our conservation awareness to new highs.”

“Our goal remains to bring the best available talent we can to the beach so fans and artists can appreciate our world’s resources firsthand, and what it is we are trying to preserve,” says Niland. “Musically, we’ll have a little something for everyone, and it doesn’t hurt that we’re going to have a heck of a party in the process.”

With live music performances across three stages, the centerpiece to the festival is its Conservation Village, curated by Stacey, where over 20 organizations dedicated to marine research and conservation will provide interactive, educational experiences for festival patrons.

“Our Conservation Village concept has been a win-win for our conservation partners and festival fans,” elaborates Stacey. “We allow our fans to learn more about the issues affecting our oceans by using interactions that are entertaining and fun. We’re honored to have some of the foremost experts in various areas of ocean advocacy participating, and to me, folks who spend their time saving our seas are rock stars, too.”

Additionally, festival-goers will again be encouraged to collect waste at the event site to minimize the festival’s impact on the environment, as in previous years, when fans were rewarded for their efforts with various premiums given in exchange for collected trash.

“Ours is one of the only events of its kind, where fans and artists alike can hear the sound of the waves mix with the music on stage,” says Niland. “That’s a special gift, and one that helps us remember what we’re celebrating and trying to preserve.”

For additional information, and to sign up to be the first to receive updates, including lineup announcements, ticket on sales, special offers and more, visit Tortuga Music Festival on the following platforms:

Posted by LovinLyrics at 9:17 AM