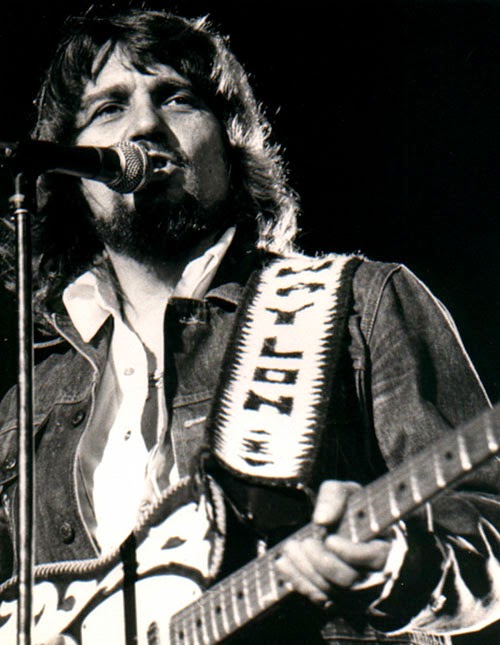 I figured for this week’s Way Back When Wednesday, a special Thanksgiving treat was needed.  So thus, I present to you one of history’s best songs by the one and only (except for Shooter) Waylon Jennings. "Luckenbach, Texas" it is!  Not only is it a phenomenal ageless song that you’re hard-pressed to find someone who doesn’t love it, it also is quite relevant for the upcoming holiday. Luckenbach speaks about all the material stuff is great but if you’re away from all that matters, you’re going to be miserable.  Away from family and friends and most importantly home.  High society’s not feeling like home here and they’re just miserable running that rat race needing to get home to Texas where they’ll find themselves again surrounded by good people and good music.  This life right now has them off-kilter and all the shiny things in the world whilst pretty ain’t helping any.  I mean it was a nice idea but they’ve lost so much of what makes them them and there’s no point living in a gilded cage.  Hock the ring, grab the jeans and head south with good music blasting out the speakers.

Page after page could be written on this song for its brilliance in every facet, the story, the voices, the men behind the voices… Ceaseless scrawls lauding what has survived decades and faltered none. Written by Bobby Emmons and Chips Moman in 1977, Luckenbach made its first appearance by being the lead single off Waylon’s “Ol’ Waylon” album.  Waylon famously sings with his good buddy Willie Nelson on here and it is a beautiful sound.  For all its many versions there’s always accompaniment by friends and legendary songsters.  Have a wonderful Thanksgiving surrounded by all sorts of lovely people!

Posted by LovinLyrics at 7:13 PM

Love this song!! Makes you want to getup and dance.. ♥Really love the way Christian Kane does a cover of it! awesome! ♥ Thanks for sharing!