WAY BACK WHEN WEDNESDAY - "NO GETTIN' OVER ME" - RONNIE MILSAP 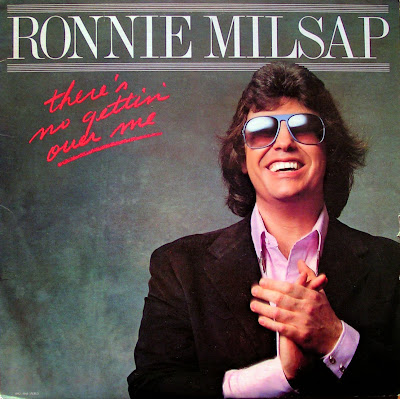 It’s Way Back Wednesday again and Thanksgiving is creeping up on us close…  Before you know it, it’ll be Christmas.  According to the stores, Christmas starts the day after Halloween but that’s neither here nor there.  Before we delve into this week’s song, I’d like to take a minute to acknowledge that both the Marine Corps birthday and Veteran’s Day happened this week.  Please join me in yelling “Happy 239th Birthday Marines! You carry those years well! Hope the week’s celebrations are great!” and also to thank and commend the Veterans for their service.  It is a valiant job when instead of running away from the danger, you run towards it and save not only your fellow enlisted but keep all of us stateside safe as well.  I’m glad you’re home safe.  Active military, please stay safe out there as well.  Onto this week’s song! “No Gettin’ Over Me” was the title track of Ronnie Milsap’s turn of the decade album, released in 1980.  It was written by Tom Brasfield and Walt Aldridge.  According to Ronnie’s website bio, he was aspiring vocally towards a James Taylor-esque sound in this song. What makes this song unusual are the jazz influences it has.  There are pop influences as well but those don’t sound as strange given that weaving the pop music of the time has been a tried and true practice for decades.  Uncommon both today and in the 80’s, the horn section in this song makes me wonder why there historically hasn’t been a stronger practice of implementing a brass section in one’s music.  Aside from special live performances and Zac Brown Band’s “Uncaged” you are hard pressed to find discernable bits of trumpet or horn anywhere. Ronnie’s honeyed vocals melt well into the brass section and create a 3 minute reprieve of peace and calm.

Now in his 70’s, Ronnie continues to create music and is currently on tour.  In fact, his latest album “Summer Number 17” was released earlier this year.  He also has a Thanksgiving show at the Country Music Hall Of Fame.

Like good fried chicken, the lyrics here are classic and simple done right.

Posted by LovinLyrics at 3:58 PM