2014 was a breakout year for country music, full of debuts from new artists and the much anticipated return of two of country's greatest, Garth Brooks and Trisha Yearwood. 2014 was chock full of tours from Luke Bryan, Jason Aldean, Florida Georgia Line, Eric Church and more. It was the year of "bro country", trucks, Fireball whiskey and white tank tops and it was also the year that people got tired of "bro country", trucks, Fireball whiskey and white tank tops. It was the year that female country artists like Lee Ann Womack, Maddie and Tae, Leah Turner, Katie Armiger, Brandy Clark and others showed that they weren't about to take a back seat to their male counterparts and began to make a statement by putting estrogen back in the spotlight. It was the year of an overabundance of awards shows, there were the ACM's, the ACA's, the AMA's, the ACCA's, the CMA's, the CMT Awards, and the Grammys. The news was full of stories about country music, both positive and not so positive. No matter which was you spin it, 2014 officially put country music on the map and on people's radios making the genre bigger than ever.

2014 was a big year for new artists with hits by Eric Paslay, Randy Houser, Sunny Sweeney, Will Hoge, Brothers Osborne, Craig Campbell, and others that have worked hard to get their music heard. This year can only get better with the crop of new names that have already made an impression with their debut singles who are waiting to be the next breakout artist. We've chosen our picks for those artists you should really start paying attention to and who we hope to see heading big places in 2015! 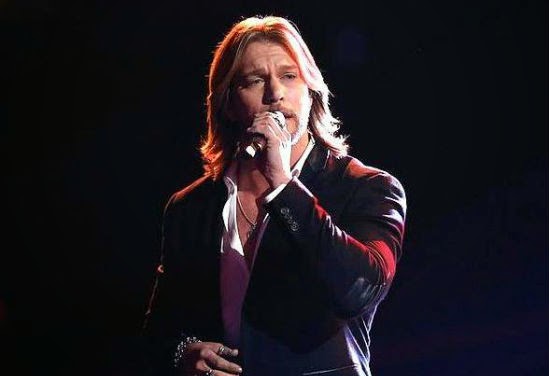 Craig Wayne Boyd - Fresh off a HUGE win on the NBC hit show, "The Voice", Nashville's Craig Wayne Boyd brings with him a breath of fresh air that country music has long needed. With a compelling back story of more than 10 years of struggling in the business and nearly giving up on music, a strong voice and a strong sense of who he is as an artist, Craig has already more than proven himself to be in it for the long haul. He brought America to it's knees with his rendition of the classic spiritual "The Old Rugged Cross", he gave new life to Johnny Cash's "Walk the Line" and his debut single, "My Baby's Got a Smile" hit the #1 spot on Billboard's Hot Country Songs chart, with Craig being only the 2nd artist to debut at #1 since Garth Brooks made history with "More Than A Memory" in 2007. You can connect with Craig at www.craigwayneboyd.com, on Twitter and Facebook. You can also catch him out on tour! 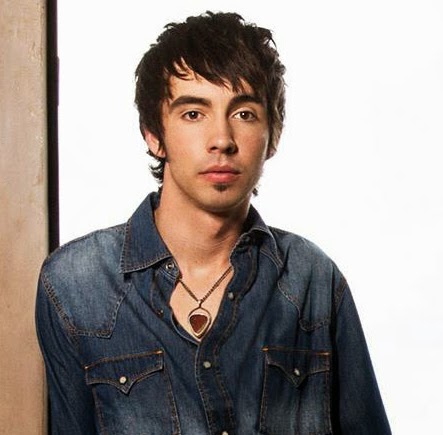 Mo Pitney - Mo Pitney is more than a singer, he's a storyteller. His latest single, "Country" isn't just a song, it's who he is and where his heart is. His voice, style and way of presenting a song is unique and at the same time, familiar. Tradition is where Mo's heart is and the hearts of country fans is where we'll likely see Mo residing this year. 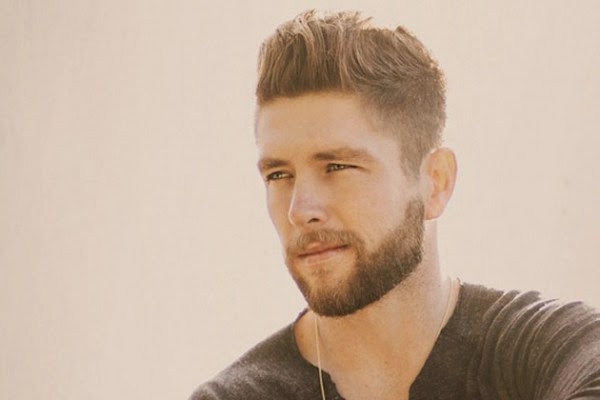 Chris Lane - This NC boy already made a huge impact on fans this year with his hit single, "Broken Windshield View" and his good looks and was a familiar voice as support on tours with Lee Brice and Florida Georgia Line. He's also opened up for big names such as The Band Perry, Chris Young and Brantley Gilbert . He is currently signed with Big Loud Mountain and is in the process of recording his first EP with producer Joey Moi. Chris followed his faith and his faith in himself has led him to the brink of being a breakout artist and we can see that happening in 2015. 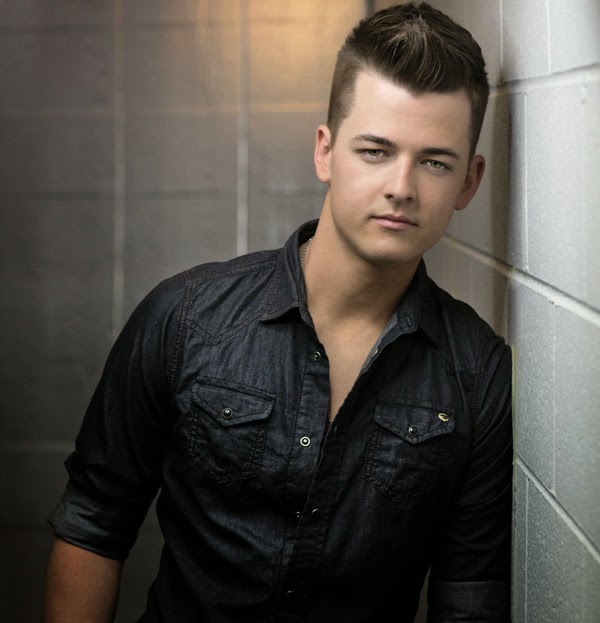 Chase Bryant - Fans love an artist who is multi-dimensional and Chase Bryant is just that. He can sing, has a distinct image and his guitar skills are more than exceptional. Chase has hit all the right notes with his new single, "Take It on Back" which was a huge hit on Sirius XM's The Highway and is slowing making it's way to mainstream stations nationwide. Keep your ears open, Chase is gonna make a real name for himself in 2015. 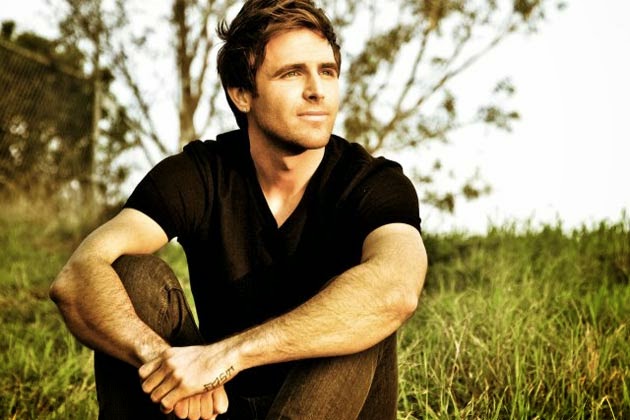 Canaan Smith - I finally had the pleasure of seeing Canaan Smith perform live during the summer and now I get it. The piercing eyes, the smile, the rugged sexy look combined with a great voice got my attention. Canaan is much more than a behind the scenes songwriter, he's a presence that country fans are starting to catch on to. His latest single, "Love You Like That" is exactly what radio is doing, they're loving him. Looking forward to seeing what he is gonna bring to the table in 2015. 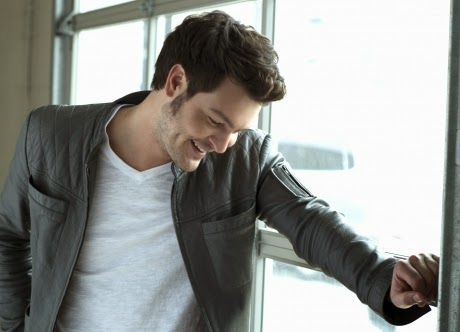 Dean Alexander - We've been huge fans of Dean Alexander since he first came on the scene a few years back. With his good looks, sense of humor and stunning vocals, he's sure to make an impression on country music in 2015. His single, "Live a Little" was a huge smash on The Highway and was one of the summer's "feel good" songs. This talent took a chance  on Nashville, pulling into town in 2006 with $100.00 in his pocket and nothing but his clothes and that chance is paying off with country music taking a chance on him. The road he's been traveling is winding right on into 2015 and his music is proving that Dean definitely made the right choice. Annie Bosko - We just caught wind of Annie with her brand new single, "Crooked Halo" which seemed to just come out of nowhere, but isn't nowhere the place the best artists seem to come from?Having opened or performed backing vocals for country names such as Darius Rucker, Dierks Bentley, Big & Rich, and Josh Turner, Annie is proving to be one hell of a stand alone artist who can not only sing with a power that few possess but an undeniable quality in her vocals. She's feisty, determined and well on her way to being a force to be reckoned with in 2015. 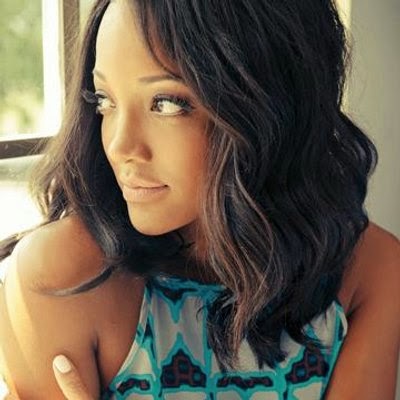 Mickey Guyton - This Texas native may have lived a nomad's life but she's always known music was where she was destined to wind up. Her debut single, "Better Than You Left Me" has garnered national attention in the press and throughout the music industry. She released her EP, "Unbreakable", last spring and that's exactly what Mickey Guyton is, unbreakable. She's in the process of completing his debut full length CD and we're looking forward to what she's got coming out way in the new year. 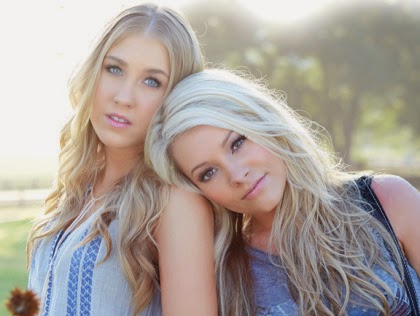 Maddie and Tae - These girls blew the tops off beer bottles everywhere when they took to country radio and video with their mega-hit single, "Girl in a Country Song", the song that kicked bro country right in the naughty no no place. These girls came out of nowhere and immediately made a name for themselves and that name isn't "blond girl with tan legs #1 and blond girl with tan legs #2." Yes, they're blond and yes they're attractive but they're also extremely talented and intelligent. These girls made their point and they have staked their place in country music by making headlines nationwide and now they're ready to show country music fans that they're much more than a novelty, they're a duo to be taken seriously. 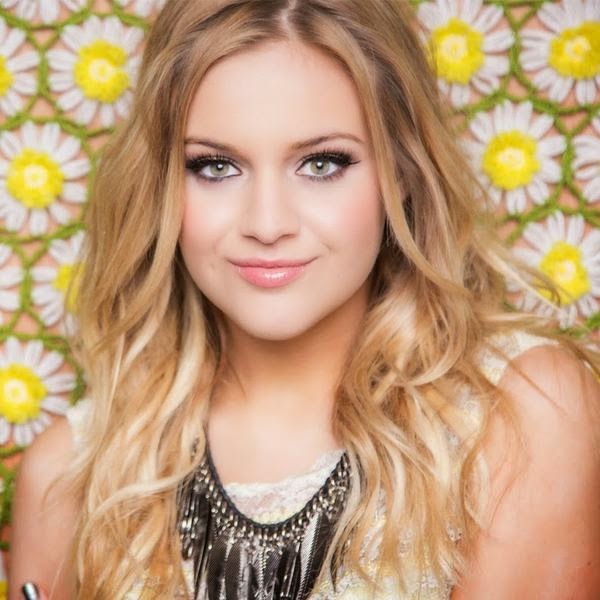 Kelsea Ballerini - At the age of 15, Kelsea Ballerini made the move to Nashville and a short 4 years later was signed to her first publishing deal, followed shortly thereafter with a record deal with Black River Entertainment. She recently released her first single, "Love Me Like You Mean It" and it's taken off like a rodeo rider on a bucking bronco but the only difference here is that Kelsea isn't gonna be bucked off in 8 seconds, this girl has staying power. With powerfully strong vocals and a unique clarity, she proves that she's got the chops to go head to head against any of today's new female artists. 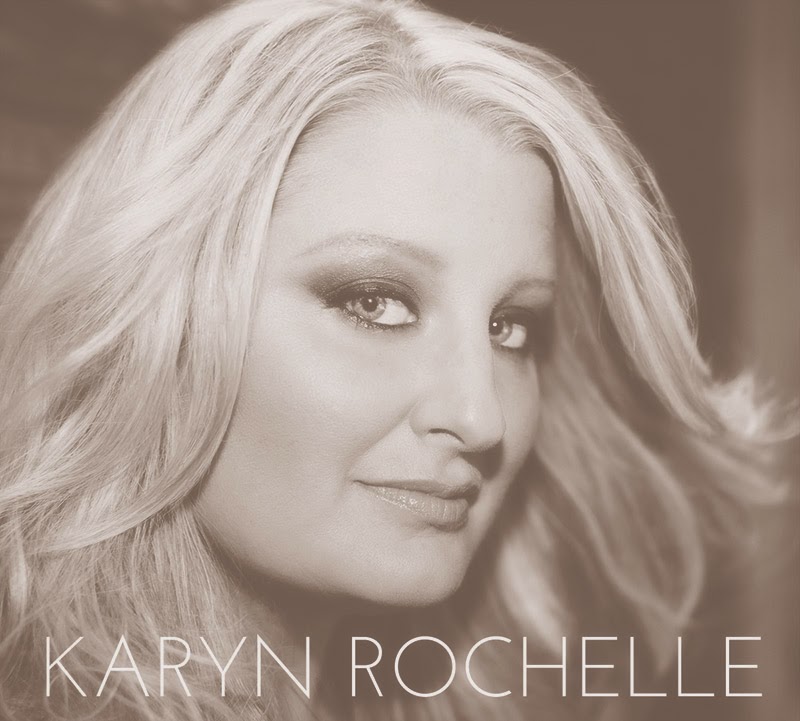 Karyn Rochelle - Karyn's always been a songwriter in the round, a voice in the background until 2014 when Garth Brooks and Trisha Yearwood chose her to be the opening act on the comeback tour of the century and step out from behind the pen and step out vocally in front of millions. This Wilmington, NC native has long been a songwriting jewel in country's crown having written multiple songs for Trisha such as "Georgia Rain" and "This is Me You're Talking To", Kellie Pickler including her debut hit "Red High Heels" and "Don't You Know You're Beautiful, Sunny Sweeney's monster hit "From a Table Away" and many other artists including George Jones, Sara Evans, and Steve Wariner. Having released her own self-titled EP this year, she's no longer just the background to some of country's best, she's a stand alone artist in her own right with a country tone and strength in her voice that should be in the spotlight. (Check out "Jezebels" and "Better Off" on her EP, these are both hit worthy.) 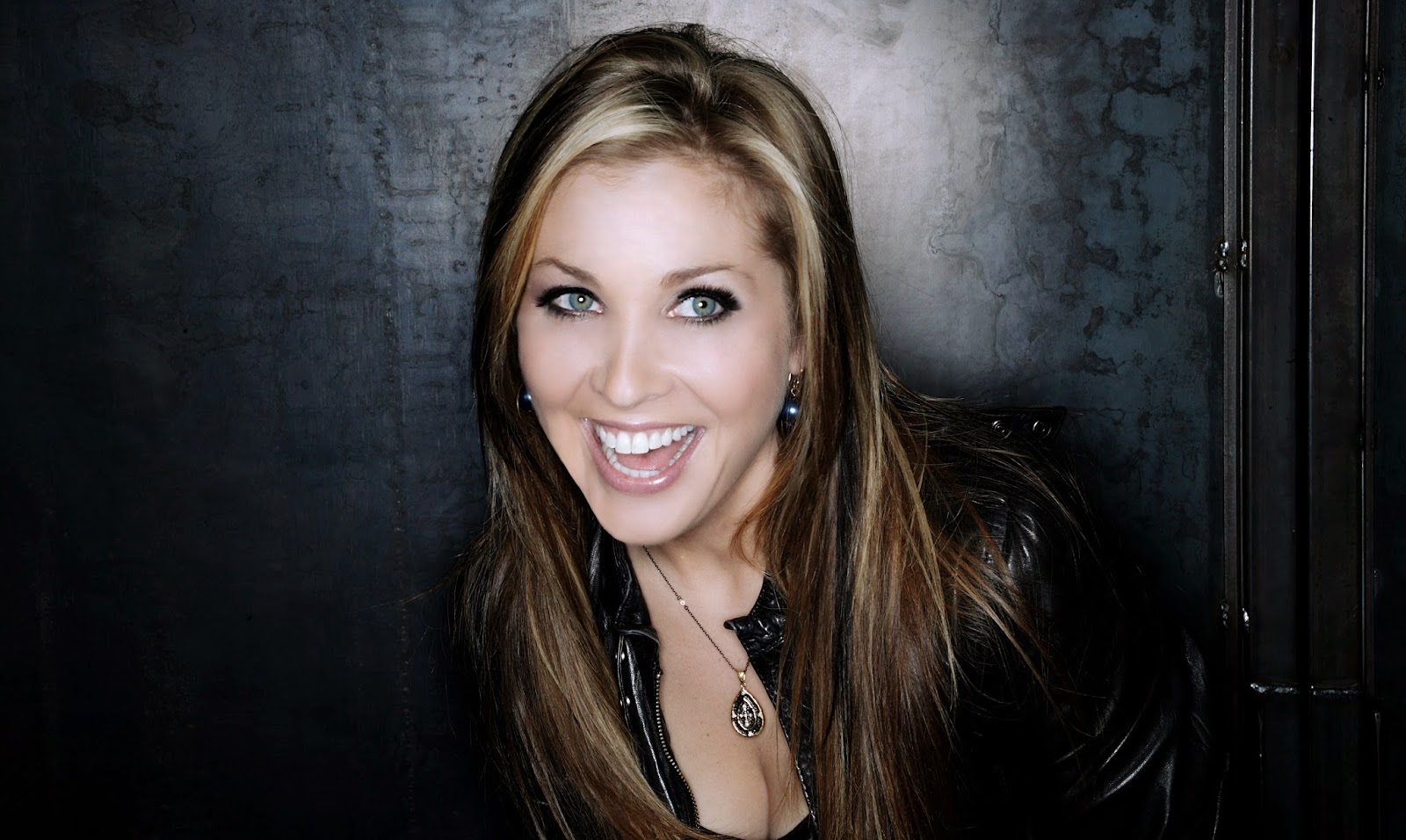 Sunny Sweeney - If I had to sum up Sunny Sweeney in 4 words, these easily come to mind - "attitude, backbone, confidence and balls." Yes I said balls because that's what she's got, bigger than most male artists and brass at that. She stands in a class all her own, in a small group of females who don't back down, who don't cave to industry pressure to be someone they're not and she refuses to be apologetic for the strong person that she is. She believes in her music and more and more people are catching on and believing in her as well. Her song, "From a Table Away" was a hit, her last single "Bad Girl Phase" told women everywhere that it's okay to step out from behind the aprons, the weekend soccer mom persona and the Emily Post manners and be the "bad girl" once in awhile. The single went to #1 on the Texas Music Charts and her cd, "Unprovoked" was listed on many lists as one of the top albums of 2014. She's got that undeniable, identifiable country twang, the "boot in your ass" attitude and the "in your face" personality to really take her a long way this year. People really need to tune in. Sunny Sweeney is gonna bust through those closed doors with a racket and make some major noise this year. 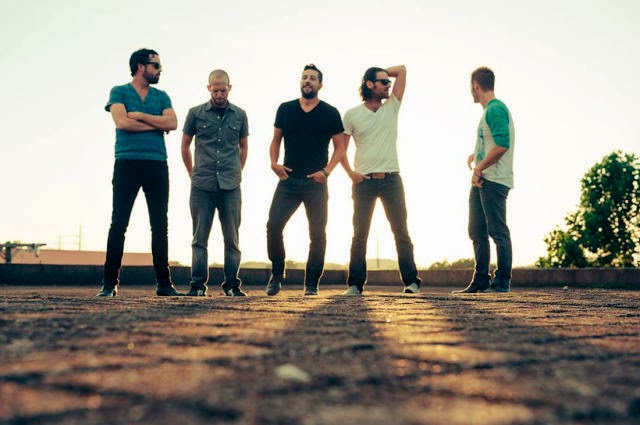 Old Dominion - Hot damn I love these guys. Some of the best songwriters came together said "screw it, let's perform our own music" and it has paid off in spades. Their debut single, "Shut Me Up" took Sirius XM's The Highway by storm, making iTunes New and Noteworthy list, and getting thumbs up from online country sites like Taste of Country and Roughstock. Rolling Stone included OD in their "New Artists You Need to Know". The band has opened for Chase Rice on his headlining "Ignite the Night" tour and are heading out as support for Kenny Chesney on "The Big Revival" tour this summer. Their follow up single, "Break Up With Him" is already making waves and is making it's way towards being another hit for the group. 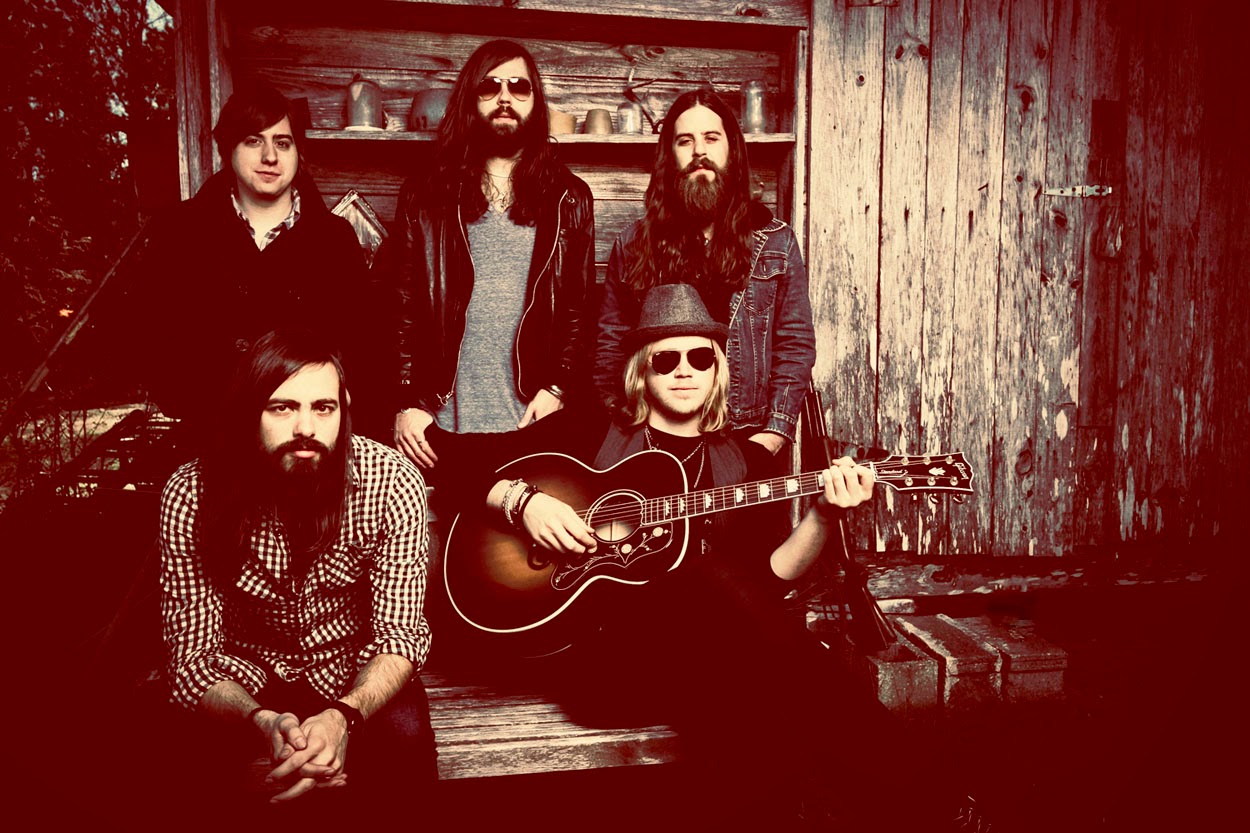 A Thousand Horses - Rolling Stone named them "best up and comers" at the Austin City Limits Music Festival and then Scott Borchetta of Big Machine caught wind of the band and signed them to a record deal with Republic Nashville. I saw them perform at City Limits Saloon in Raleigh, NC a couple of years ago and immediately loved their sound and their stage presence, I knew it was just a matter of time before people started to catch onto their unique sound and style. Their song, "Drunk Dial", should have been a hit without a doubt. They've just released their new single, "Smoke" on iTunes.