ERIC CHURCH SAYS GOODBYE TO 2014 WITH UNIVERSAL ACCLAIM, TOP SALES FOR THE OUTSIDERS 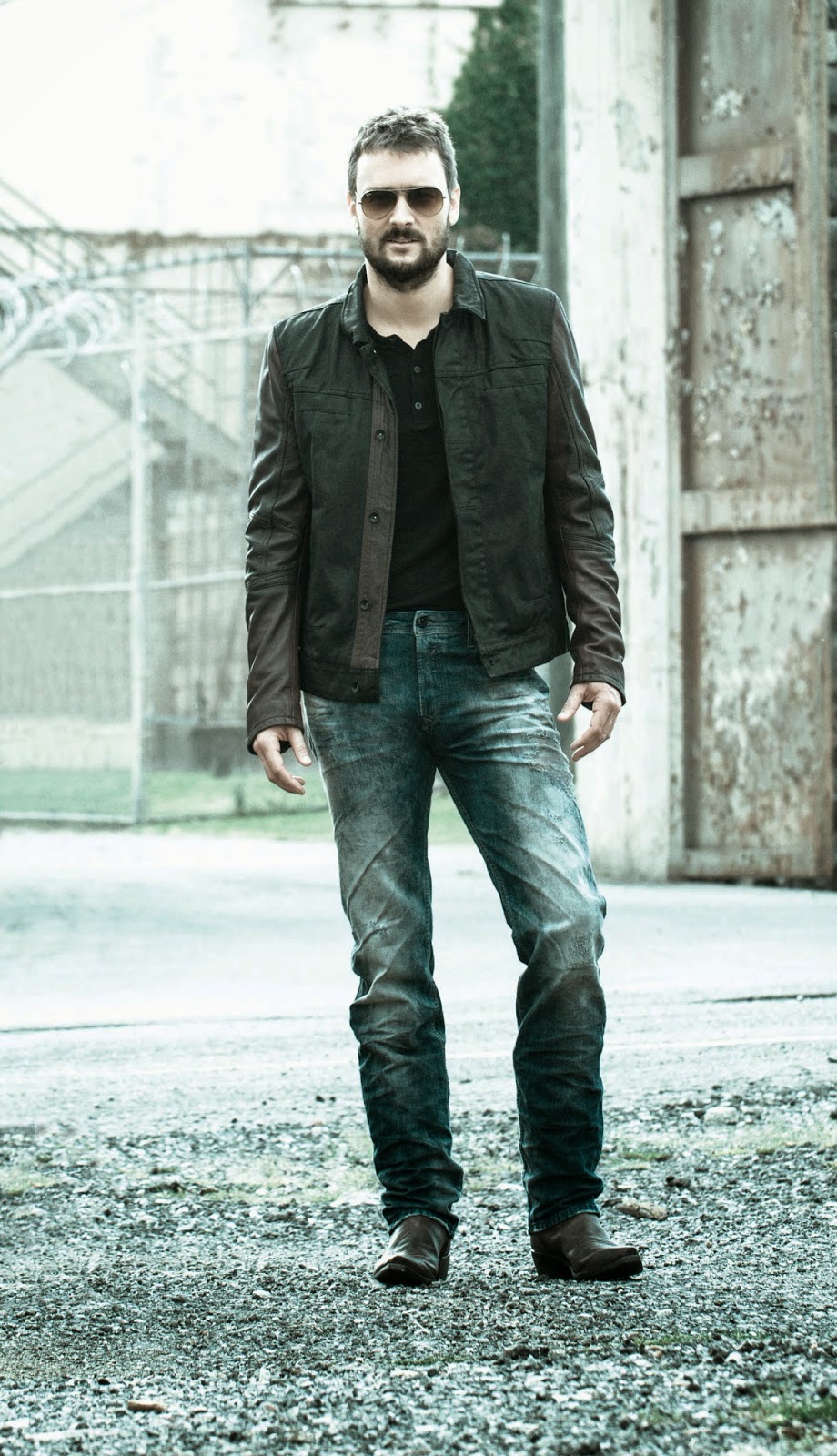 Church’s genre-bending, Platinum-selling fourth album was a win with fans who made it the top-selling country LP released in 2014 with a number of hits at country radio. It earned respect from his peers in the industry with four GRAMMY Award nominations, including Best Country Song and Best Country Album (upping Church’s tally to seven career nominations).

Add to these career milestones universal acclaim from the critics -- who don’t often include mainstream male country artists on their annual taste-making lists but did so en masse in 2014 --and the 37-year-old North Carolina native is stomping across ground only artists like Willie, Waylon and Johnny have stomped before.

The Outsiders “was as game-changing for country music as last year’s ‘Yeezus’ was for rap,” The Salt Lake Tribune said of the album in its year-end review. “Church loves traditional country in the best sense of the adjective, but his tastes also run from arena rock to hip-hop.” Church’s third career No. 1, the GRAMMY nominated “Give Me Back My Hometown,” also topped lists including Rolling Stone Country, SPIN, Stereogum, and NPR’s Favorite Songs of 2014 with critic Ann Powers citing not only his performance on the track but also his intrinsic songwriting roots noting, “this country heart-stomper provides perfect insight into small-town pride.” NPR and Rolling Stone’s Will Hermes observes in WAMC’s Best of 2014 podcast that “Give Me Back My Hometown” “has a vision for broadening what country music can sound like and talk about.”

The Outsiders had the year’s top country debut with 288,000 copies sold the week of release in February, was nominated for the Country Music Association’s Album of the Year award and won the inaugural American Country Countdown Awards Album of the Year trophy earlier this month. As 2014 closes, it appears on many notable all-genre year-end best-of lists, including Rolling Stone, The Los Angeles Times and USA Today. The album earned nearly universally positive reviews by bravely blending genres, sounds, emotions and guts in the same way legends altered the face of country music decades ago.

Rolling Stone, which made Church a cover artist earlier this year, placed The Outsiders on its 2014 Top 50 all-genre list and touted his fearlessness: “Church made a great record by following his rock & roll rebel heart. Prog riffs, bourbon-drawl raps and stoner funk sit straight-faced next to radio-friendly takes on NASCAR good times and broken hearts – styles and subjects that connect because Church obviously loves every one of them.”

The folks at SPIN were turned on by the heavy dose of heavy metal Church and longtime producer Jay Joyce included on the album: “The guitar solo on ‘Talladega’ could fill the arena in the video for ‘Paradise City’ all by itself. This ain't rock'n'roll — this is assault with a deadly weapon.”

“The rowdy title track leaves nothing but scorched earth in its wake, but he's no one-note badass. Outsiders proves Church is a tender storyteller, too, with an ear for experimental production. ‘Dark Side’ and ‘A Man Who Was Gonna Die Young’ wring poignant introspection out of his acoustic guitar, and wistful centerpiece ‘Talladega’ hums with so much genuine emotion, it'll make even the most resolute Yankee pine for the South.”

Brian Mansfield with USA Today made The Outsiders his No. 2 overall album: “Can someone with one of 2014's top-selling country albums still be an ‘outsider’? He can when he makes albums this startling and ambitious, drawing inspiration from AC/DC and Primus, as well as Waylon Jennings and Bobby Bare.”
Notable regional publications also listed Church as their choice in the coveted top spot for 2014 with The San Jose Mercury News calling Church “the most exciting, perplexing and convincing rebel that mainstream country music has known in years” and said of The Outsiders:

“It's a cohesive artistic statement that introduces and then develops a variety of lyrical themes and musical motifs in intriguing ways. It's meant to be listened to from start to finish” before continuing, “It's a work that proudly separates Church from the country music establishment . . . it's also one of the most daringly beautiful country-rock albums in decades, full of guts and in search of a deeper glory.”

Church continues The Outsiders World Tour on January 8 in Louisiana at the New Orleans Arena. To buy tickets or learn more about Eric Church, visit www.ericchurch.com and www.facebook.com/ericchurch, or follow @EricChurch on Twitter.
Posted by LovinLyrics at 12:21 PM