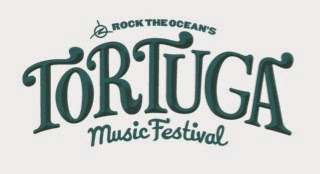 A limited number of reduced-price Advance tickets will be available when tickets go on sale this Friday, December 5, at 10am EST at www.tortugamusicfestival.com. Two-day Advance general admission festival tickets start at $149.00. 2-Day Advance VIP tickets are $699.00 and Advance Super VIP are $1,099.00. After these tickets sell out, Regular-priced festival tickets will become immediately available, with 2-Day General Admission at $165.00, VIP at $799.00 and Super VIP at $1,299.00. Complete festival pricing, including Advance and Regular prices for GA, VIP and Super VIP tickets, can also now be found at www.tortugamusicfestival.com.

Because Early Bird tickets sold out quickly, fans are encouraged to purchase their tickets immediately, in order to take advantage of the Advance tier discounted pricing. All dates, acts and ticket prices are subject to change without notice. All tickets are subject to applicable taxes, parking and service and handling charges.

“Our 2015 lineup is our most exciting yet,” says HUKA Entertainment co-founder and CEO A.J. Niland. “It’s truly a privilege to host premiere talent that includes a mix of old festival friends and new ones, and we look forward to providing a great experience in a beautiful setting that also supports the conservation of one of our greatest natural resources – the world’s oceans.”

“This event has created such a unique opportunity to celebrate our world’s oceans while educating ten of thousands of music fans about their threatened state,” adds Rock The Ocean founder Chris Stacey. “Bringing music, bands and conservation efforts together is a unique concept and I am thrilled that we are able to bring in talented ocean lovers like Kenny, Zac, and Jake this year. These guys really do care about our seas and will put on a heck of a show in their honor.”

This year’s festival will once again include a one-of-a-kind Conservation Village on site, which provides audience members with interactive exhibits, information and tools to help protect the world’s oceans.

Last year’s festival drew more than 44,000 music fans from all over the world. Proceeds from 2014’s Tortuga Music Festival ticket sales and donations contributed more than $100,000 toward marine and ocean research and conservation organizations.

For additional information, and to sign up to receive updates, including lineup announcements, ticket on sales, special offers and more, visit Rock The Ocean’s Tortuga Music Festival on the following platforms: