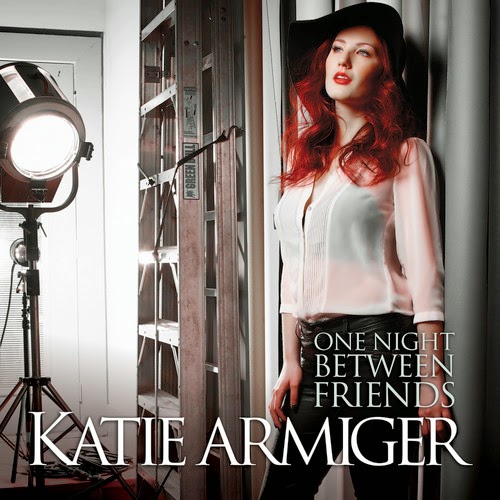 Katie Armiger’s latest single “One Night Between Friends” is about her wanting to have a little rendezvous with one of her friends, they’re both seeing something happen there and she wants to see what if it anything is there.  A dance perhaps and then see where the night takes them, if it lasts till morning so be it.  Whatever happens, the question “What’s one night between friends?” is what’s being begged here.  With clever lyrics and the craveable voice she’s become so known for, Armiger delivers a curious story that piques both intrigue and delight.

Armiger’s previous hits have been “Scream” “Best Song Ever” “Kiss Me Now” and “Better In A Black Dress” amid a slew of others.  She’s a bit of a prodigy, songwriting as a child and winning a Texas Country Singing competition at 14, she gained Nashville exposure and opportunity as a prize.  A recording contract that turned into a full-length album she endured high school while simultaneously working and releasing self-titled “Katie Armiger” her debut album.  She’s since released “Believe” and “Confessions Of A Nice Girl” growing her career slowly and steadily, she has matured into the magnificent artist you see before you.  “One Night Between Friends” is perhaps more adult fare than previous singles have been but still manages to keep that flirty, sweet girl with the unbelievable voice she’s become so known for.

If you’ve been living in Lithuania or somewhere without great country music and haven’t listened to Katie Armiger yet, I strongly recommend you remedy that immediately as she’s not something to be missed nor is she going away anytime soon.

Posted by LovinLyrics at 2:28 PM